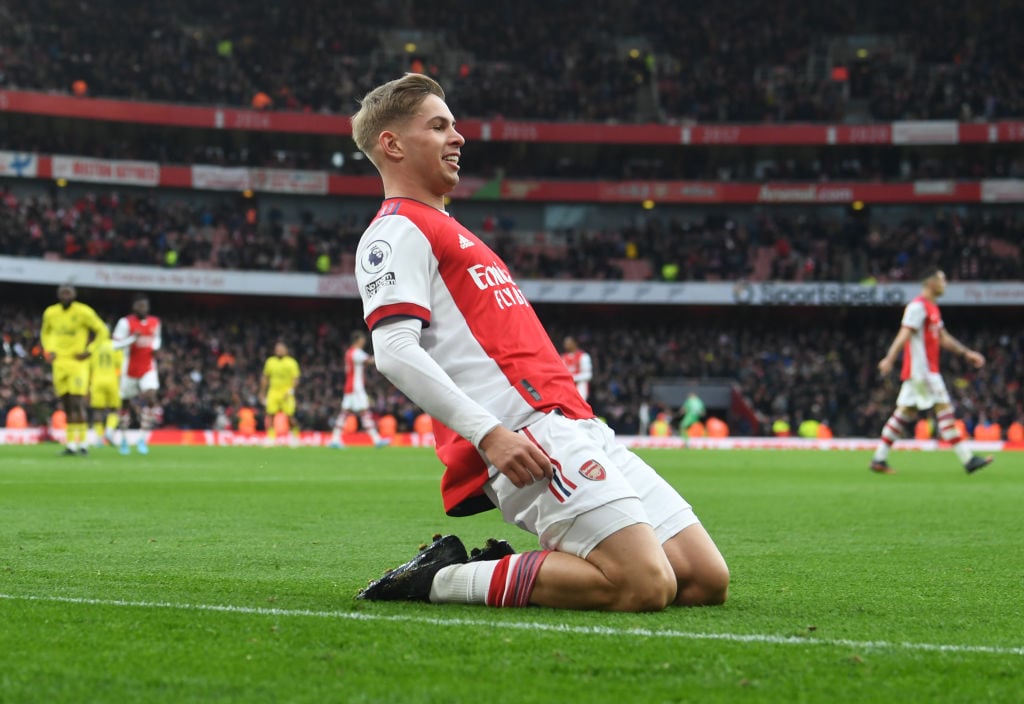 If rumours are true, Aston Villa should have another look at signing ‘fantastic’ player – Our View

Arsenal have been one of the busiest teams in England during this summer transfer window, and if rumours are to be believed, they’re not done yet.

Indeed, according to numerous reports, Arsenal are targeting one more attacking player this summer.

The likes of Cody Gakpo,Serge Gnabry and Raphinha have all been strongly linked, and while any of those signings would be very exciting, we have to wonder what it would mean for the future of one of Arsenal’s most promising youngsters.

The young midfielder was a revelation for Arsenal last season, he hit double-figures for goals in the Premier League and was even labelled as ‘fantastic’ by Wayne Rooney.

However, his great performances last term couldn’t stop him from slipping behind Gabriel Martinelli in the Arsenal pecking order by the end of the season, and if a new winger arrives, he could fall even further down the ranks at the Emirates.

Fabio Vieira has already taken up an extra slot in the number 10 role, while any of Gnabry, Raphinha or Gakpo could rank ahead of him on the left.

Let’s be honest, none of the above players will be signed to rot on the bench, while Bukayo Saka isn’t going to be dropped anytime soon, so there’s a good chance that Smith Rowe could soon be Arsenal’s fifth-choice winger and third-choice number 10.

At that point, he has to be considering his future, and luckily, there is one team that have been very keen on him in the past.

Indeed, Aston Villa made numerous bids for Smith Rowe last summer, and while they were knocked back last year, they may well want to take another look at him this time around.

Yes, Villa’s midfield and attack are rather set at the moment with Philippe Coutinho, Jacob Ramsey and Emi Buendia, but at the age of just 21, Smith Rowe has so much room to improve, and there’s even an argument to make that he’s a level above someone like Buendia at the moment.

If Arsenal truly do want to sign a new winger, Villa should be asking the question again about Smith Rowe.

The post If rumours are true, Aston Villa should have another look at signing ‘fantastic’ player – Our View appeared first on HITC.