Former Arsenal man Henri Lansbury provides one of the most bizarre post-match interviews ever! 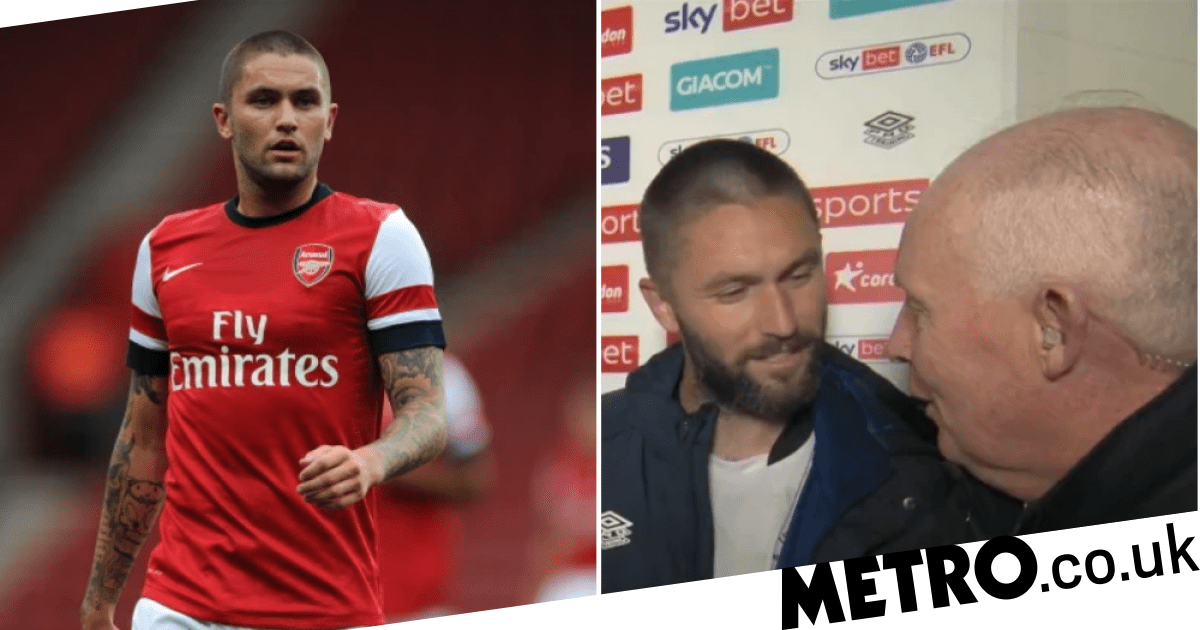 Former Arsenal midfielder Henri Lansbury has provided one of the most bizarre post-match interviews of all time.

He left the Emirates in 2012 after making eight appearances for the Gunners across all competitions to join Nottingham Forest in the Championship.

After scoring a wondergoal from distance in Luton’s 2-0 win at Hull City on Friday night, the ex-Arsenal man gave a hilarious post-match interview on Sky Sports.

Quizzed about his lawnmowing celebration, Lansbury revealed that he was hugely interested in the hobby, saying: ‘It’s massive [for me].

‘It keeps me away from the training ground with the lads. I’ll shout out the boys at Grass Gains [a blend of organic fertilisers], they have been crucial to this. It makes your grass nice and green.’

Fellow Luton player Carlton Morris was then asked about the quality of Lansbury’s grass at the training ground after the club’s groundsman gave him his own personal area to look after.

‘Honestly, It’s like a bowls pitch!’ Morris said. ‘He knows his way around the garden, that’s for sure.’

The Sky Sports interviewer then stepped in to ask Lansbury about his own lawn.

‘Henri, can I just ask you about my lawn at home, as you can see we have a lot of green but there are some brown patches,’ he said. ‘What would you do?’

Lansbury won the FA Youth Cup with Arsenal in 2008-09 but spent most of his time in north London out on loan, with spells at Scunthorpe United, Watford, Norwich City and West Ham.

His team Luton moved up to fifth in the Championship with their victory at Hull on Friday.