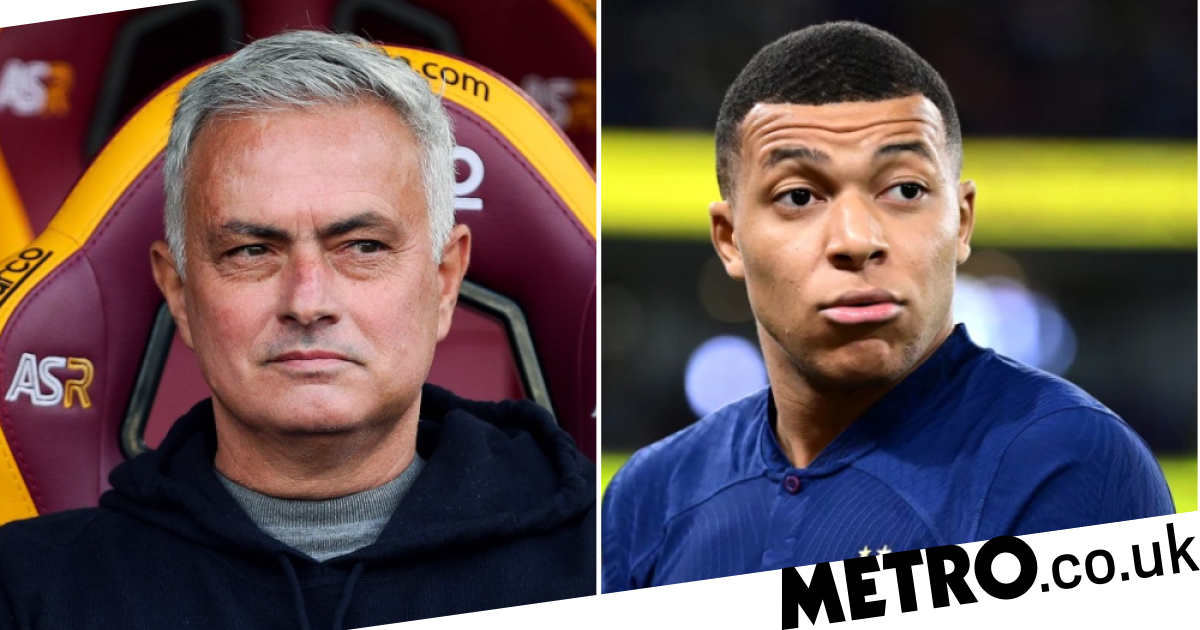 Mbappe has been in sublime form in Qatar with five goals so far and represents the biggest threat to England’s chances of a place in the semi final.

Speaking ahead of Saturday’s game, Holland is keen to stress that England must find the right balance between stopping Mbappe and giving France problems at the other end of the pitch.

Holland believes one way to limit Mbappe’s strengths would be to man-mark the 23-year-old throughout the match – a tactic which Mourinho used during his time as Real Madrid manager when he wanted to stop Dani Alves from thriving on Barcelona’s right flank.

But Holland, who was Mourinho’s assistant at Chelsea, concedes that same approach against Mbappe could hinder England’s attacking threat against France.

‘I think there are a handful of players on the planet that you need to consider special attention to. [Lionel] Messi has been one and probably still is. You’d have to put Mbappe in that kind of category,’ Holland said.

‘We do need to look at trying to avoid leaving ourselves in situations where he is as devastating as we’ve all seen. We have to try to find a way of avoiding that.

‘Trying to adapt your team to cover for that whilst still trying to create your own problems is, I think, the challenge.

‘I would like to think we won’t just be looking to stop a player but we would be looking to try to do everything possible to limit his super strengths whilst still trying to focus on our own strengths, because we have good players. Players just as likely to cause France trouble as Mbappe would be to us. We have to find that balance.

‘I remember having a conversation with [Jose] Mourinho about it a long time ago when he was with Real Madrid, they were playing Barcelona, and they had [Cristiano] Ronaldo.

‘[Dani] Alves would be the right-back for Barcelona and flying forwards in attack. He [Mourinho] would play a soldier against him to try to stop him, but then of course you don’t get any threat from your team from the soldier as you’re just stopping somebody – you’re not actually hurting them.

‘Then he would try to play Ronaldo against him, directly, one against one because Alves was fantastic going forwards but maybe not quite as good defensively as a consequence.’