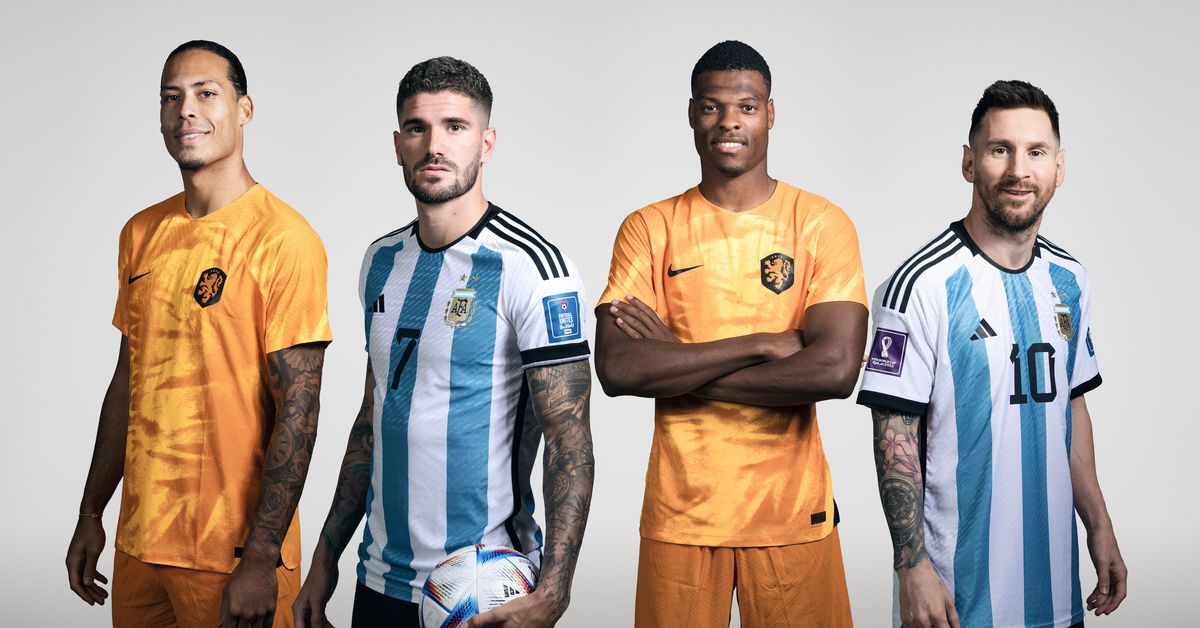 Massive names, trophy cases, and talents will be on display when the Albiceleste face the best the Flying Dutchmen have to offer!

The Quarter Finals of the 2022 FIFA World Cup are upon us and with that what could be the most even match-up of the quartet. The Netherlands are no longer a surprise package, and everyone has borne witness to how cohesive and explosive they’ve looked. Meanwhile, the hand of Fate seems to rest squarely upon Lionel Messi’s sometimes-slumped shoulders this time, including the shocking loss to Saudi Arabia which has given the Biancocelesti the shot in the arm they’ve needed.

What has the great Messi not done? At this point, that is the easier question to answer than the alternative - he has done nearly everything, after all. Everything, with the exception of winning the World Cup as Diego Maradona was once able to in 1986. While Lionel is in the twilight of his stunning career, he can still take a match by the horns and wrest it away from the opposition; however, he has lots and lots of teammates who are now helping him better than at most points during his time playing for his nation.

Rodrigo De Paul - Messi’s bodyguard, as he is sometimes referred to - has shown why he is so beloved at Atletico Madrid, and could very well get himself sold from the Spanish capital if he is not careful. He has been everywhere, has been a physical presence, and can contribute to an offensive type of match just as in a defensive showdown. He and Messi’s other men - Emi Martinez, Julian Alvarez, Alexis Mac Allister, Marcos Acuna and countless others - will have to play their best match of the tournament against an Oranje side that still has yet to lose a game since legendary Dutch boss Louis Van Gaal took control of the squad once more.

With really talented players in the front like Memphis Depay, Cody Gakpo, the other attacking players of the Dutch have found less time this World Cup than they’d likely like. Still, it is difficult to suggest any are frustrated with the results as things have gone. The team has looked brutal and efficient, and players like former Blues target Denzel Dumfries, Frenkie de Jong, Virgil van Dijk, and Nathan Ake have shown the world how talented this group of players is - and what type of football their nation is still capable of producing.

Netherlands XI: I imagine that the Dutch will not stray far from the lineup and shape that has gotten them this far in their present form. Gakpo and Depay are blazing, the midfield can control the ball, the wingback play has been brilliant and the wall in front of the Dutch goal is about as stout as you can find. Louis Van Gaal is on a mission that his players - much like those playing for Argentina with Messi - want to help him achieve.

Argentina XI: Meanwhile, Argentina will not wish to modify things too much as well, although they have played with a bit more versatility in their decisions across the tournament than have the Dutch. Messi will have a whole crew with him, and so long as players like Alexis Mac Allister of Brighton and Julian Alvarez of Manchester City are stepping up alongside the old man, the team will be difficult to slow down - even for the likes of Ake and VVD.

The Dutch are going to attack, but they have the organization in the 3-4-1-2 - or any other shape - to watch what Argentina is trying to do before reacting in a positive, progressive manner. They will pick their spots in other words, but when push comes to shove, they will smell the metaphorical blood and go in for the next goal to finish a side off; Argentina, therefore, will have to take and make their chances or else risk finding themselves on the wrong end of a Dutch track meet.

Louis Van Gaal, who will not continue coaching this squad after the World Cup, wants to further stamp his name in history. The Dutchman had a good playing career and a great coaching career during its prime from the 1990s to the 2010s, but wishes to bring his nation to the pinnacle of World Football by earning the greatest of all international footballing trophies.

He will be facing the young Argentinian Lionel Scaloni, who is at the other end of his coaching career, and is fighting to become the boss of Argentina when Lionel Messi won his lone World Cup; both are trying to push their nations and their legacies to remarkable heights, and one struggles to pick either side over the other in the upcoming bout.

Prediction: 3-2 Netherlands - the heart says Messi and Argentina, but the mind says the explosive Dutch. There will be some internal conflict however the match goes, but what goes without saying is that the match will be electric and full of tension, suspense, and wonder as one side - eventually - will pull out the victory and move on to a semifinal matchup against either Brazil or Croatia.

'He wants to': Sherwood tells Leeds to hire manager who rejected Everton

Everton: 7 players who could leave Everton in the summer as key decisions to be made