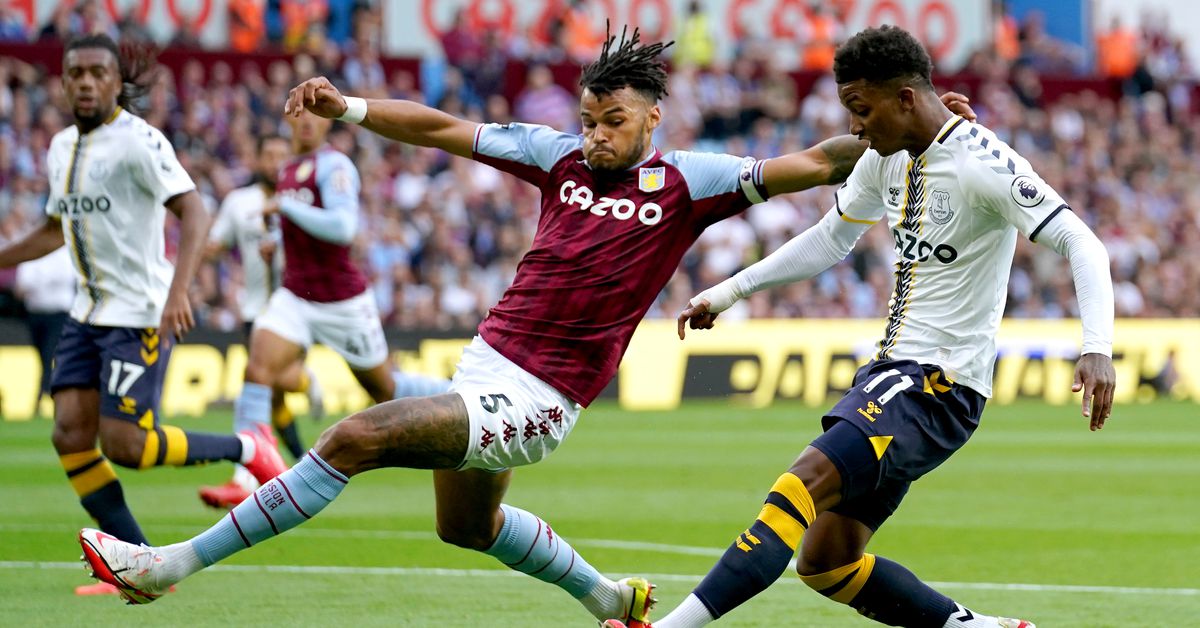 Photo by Tim Goode/PA Images via Getty Images How can Big Dunc get the better of a familiar Merseyside foe? After the recent sacking of Rafael Benitez, Everton go into their game against Aston Villa with Duncan Ferguson in charge of the team, a fan favourite who has stepped in whenever asked over the years and will be looking to bring out some fight in the players which we haven’t seen much at all this season. When ‘Big Dunc’ came in a couple of years ago, it gave the players and the fans that little extra 10% on the pitch and in the stands respectively. With Lucas Digne returning to Goodison Park and former Liverpool player Steven Gerrard in the away dugout, things could certainly get a little bit heated in the Saturday lunchtime fixture. In Villa’s most recent game against Manchester United — where they came from two goals behind to snatch a draw — they set up in a 4-3-3 formation. Coutinho came off the bench to grab their equaliser, so it will be interesting to see how they line up if he was to start this weekend. Despite their array of attacking talent, Villa struggle to create many chances. They’ve managed just 17.15 shot creating actions per game (15th) and a non-penalty xG per game of 1.01 (16th). This is despite the summer signings of Emi Buendia and Leon Bailey, although neither of them have really hit the ground running since arriving at Villa Park, except the latter scoring a cracking goal against the Toffees earlier this season. With the addition of Digne, Villa now have two very strong full backs. Matty Cash leads the way for his side in tackles won and we all know what the Frenchman is capable of. Defensively, they can be very sloppy at centre back, especially Tyrone Mings. He’s made two errors leading directly to an opponent’s shot this season and no player has more than this in the league. I expect with Duncan Ferguson in charge we will set up with two forwards so it will be important for them to press high up the pitch and try and force errors from their centre backs. His centre back partner Ezri Konsa also has one error leading to a shot, further enforcing the need to press the Villa defenders. Photo by Naomi Baker/Getty Images Calvert-Lewin gets in a tangle with Mings and Konsa The central area is somewhere I believe we can target. With the two forwards likely to play, they can occupy the two centre backs as we often see our wide players cutting inside and running at defenders. If Richarlison and Calvert-Lewin are marked by the centre halves, they can drag them out of position, creating space for our wingers to run into. Villa have struggled in a couple of their recent games especially without John McGinn. Without him they lose a lot of energy in midfield but unfortunately, I expect he will return to the side against Everton. Despite the lack of game time at Barcelona, a few key stats stood out at me from Coutinho’s time there this season. Per 90 minutes, no Barcelona player carried the ball into the opponent’s penalty area more and no Barcelona touched the ball more times in the final third per 90. In terms of shot creating action per 90, only Emi Buendia averages more for Aston Villa (of those who have played more than 1 game). This shows that despite not playing week in week out, he can still be a threat. If he was to start on Saturday he is most certainly a player we have to worry about, whether that’s coming off the left or in the number ten position. Aston Villa often play with a three man midfield. Even without McGinn in their last game, they still opted for the three-man setup. With Ferguson often favouring the two-man strike partnership, we may see another case of getting outnumbered in midfield. With the two up front however, it gives us better options for the long ball. Richarlison can play off Calvert-Lewin’s knock downs which we’ve seen work very well in the past. Personally, I’d like to see us go three in midfield and have Richarlison playing as a left inside forward but getting close to Calvert-Lewin in attacking areas. When he came on against Norwich he looked threatening but this did limit Demarai Gray’s involvement. With the attacking options we now have available it’s going to be extremely difficult to squeeze them all in. Now that Duncan Ferguson is in charge, I think we’re going to see a completely different Everton performance from recent weeks. We may not win the tactical battle, nor do I believe we will dominate possession, but what Duncan will most certainly bring is the passion, fight, and determination. Just looking at the training videos this week, the sessions seem a lot more intense with a higher tempo, and lots of pressing and hard work. The players also seem to be buying into the ideas of the new coaching team. Interviews with Jordan Pickford and Dominic Calvert-Lewin this week seem very positive, and you just know the players would run through a brick wall for our Scottish interim manager. Even if he doesn’t get the job full time, he’s going to bring the atmosphere Saturday as every Evertonian has a huge soft spot for him. He just “gets it” as they say, and it couldn’t be more true. He completely personifies what it’s like to be an Everton fan and you can’t help but get behind him. Hopefully ‘Big Dunc’ gets the better of former Liverpool player Steven Gerrard this weekend and we send him back to Birmingham with zero points. It will be a great chance for the Toffees to start a run of form and Evertonians round the world can finally feel a connection to their club again. Rafa, statistically one of the worst Everton managers in history, has finally gone and we can all hope until it inevitably goes wrong again.

‘I fear for’: Carragher predicts who’ll get relegated - Everton or Leeds United

Who is our new No 1 in this week's POWER RANKINGS?

'Scared': Glenn Hoddle responds when asked who will be relegated, Leeds or Everton?

To The Lane And Back