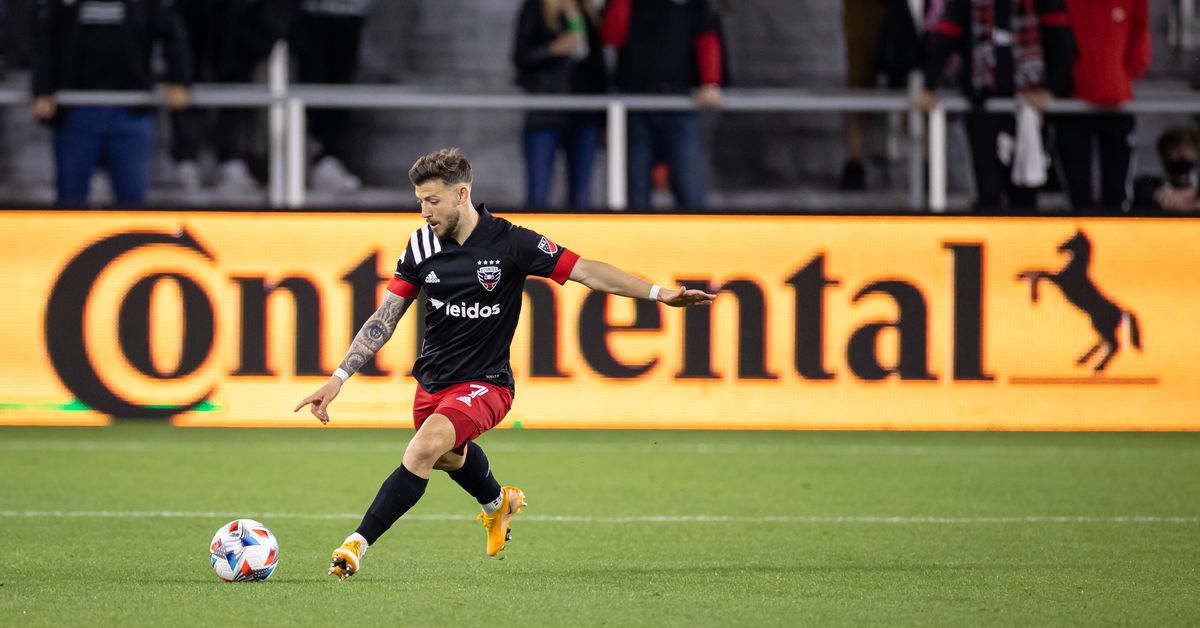 Scott Taetsch-USA TODAY Sports We’ve got seven things to do today, seven things to do! Good morning! We have lots of big news, including D.C. United potentially trading Paul Arriola, the latest on the NWSL CBA talks, and a big USMNT transfer rumor. Let’s roll right into it: Reports: D.C. United, FC Dallas close in on Paul Arriola deal | Black and Red UnitedPaul Arriola to FC Dallas is getting closer to happening, though that is not to say it’s done yet. For one thing, Arriola is disputing some of the information that’s going around, and if (for example) Club América made four bids, movement between United and another club is probably not going to stop them from making a fifth. We’ll see how it plays out. Report: FC Dallas acquires Paul Arriola in record-breaking GAM trade | Big D SoccerHere’s the perspective from Dallas, which notes that they’re already pursuing a big international transfer as well, making the Arriola move only one of the issues on the table from their end. A little more, from yours truly: A minor thing I'll add here is that I've been told #DCU is looking at the next 1-2 days as "crunch time" in terms of getting some conclusions (however they shake out) on the various rumors going around. https://t.co/s9FcyuU3YL— Jason Anderson (@JasonDCsoccer) January 20, 2022 In other words, if you want to be up to the minute on everything that’s going on with this particular saga, today’s probably a big day to sequester yourself with a computer. Moving over to the Washington Spirit side, first up we have Tori Huster coming to you in podcast form: This week on Pitchside from the Plex we have @torihuster of the @WashSpirit! We had a great time discussing the world of women's professional sports with Tori! Thanks again for coming to the podcast! Available on Apple Podcasts, Spotify, or wherever you listen! pic.twitter.com/IRIzDNbdZw— MD SoccerPlex (@MDSoccerPlex) January 20, 2022 The NWSL’s toxic dispute between a man who failed and the woman who should replace him | Washington PostSally Jenkins simply went off on Steve Baldwin and the NWSL’s power structure as a whole. I don’t agree with one important aspect of this piece — that opening line frames the entire idea of doing right by the players as being achievable simply through good business practices, when “good business practices” often result in a lack of humane action, which is exactly what NWSL is dealing with — but I do think it captures the righteous anger that fans and players have right now in a way that few people would be able to. NWSL players won’t report to clubs without CBA in place: Sources | The AthleticThe ongoing CBA talks between the players and owners have hit a major inflection point, with players apparently deciding that they aren’t going to report to preseason camp if the CBA doesn’t get wrapped up in just 10 days. Meg Linehan reports here that free agency and the rule changes that it would require are sticking points, while I have heard from a source that there’s still a disagreement over the NWSL minimum salary. Here’s hoping the league can see what they’ve got (the best pool of woso players in the world) and, frankly, just take the W. Let’s check in on USMNT and former Richmond Kickers goalkeeper Matt Turner: Breaking news!!@Arsenal have put in a strong bid for @headdturnerr from the @NERevolution today. What a great opportunity for both the player & franchise to further enhance their brand. What a great time to be a #NERevs supporter. #MLS— Taylor Twellman (@TaylorTwellman) January 20, 2022 I’m doing the calculations here, and USMNT + Guy Leaving MLS For Premier League + Arsenal feels like it will add up to non-stop blizzard of tweets on the timeline. I’m sure everyone will take up reasonable positions and discuss them thoughtfu- haha yeah never mind, everyone’s gonna go nuts. Arsenal eye USMNT, New England Revolution keeper Matt Turner — sources | ESPNMore details on the situation here. Going back to the podcasting world, our own André Carlisle’s podcast Diaspora United is back with a new episode: ✊ WE BACK✊ Hey hey it’s our pod birthday! One year ago today we dropped our first episode, so for our anniversary and FIFTIETH episode we answered 15’ish of y’alls questions!Come vibe with us in year TWO! : https://t.co/oVJzC0kyr7 pic.twitter.com/4y2zf959HQ— Diaspora United Podcast (@DiasporaUtdPod) January 20, 2022 Gotham FC announces 2 year contract for superstar Margaret Purce | Jersey Sporting NewsGotham FC has retained NWSL MVP candidate Midge Purce for the next two years, which...yeah, if you’re a soccer team, you’d want to sign Midge Purce to a contract. Some big MLS news, and it’s not fun: Forever our maestro. After 9 magical seasons, legend Diego Valeri has transferred to his boyhood club Lanús in Argentina.The clubs will play a testimonial match in 2023, and upon retirement Valeri will become a Timbers ambassador.Details: https://t.co/yqo2V5L3LM | #RCTID pic.twitter.com/9w0P827Zzg— Portland Timbers (@TimbersFC) January 20, 2022 Diego Valeri is the only player in MLS history who I think got into the Marco Etcheverry territory in terms of being a club icon. Everyone’s got their favorites, but Valeri took it to another level that no one else in modern-day MLS has. That’s all I’ve got. This is me today: Enjoy your frigid Friday!

‘I fear for’: Carragher predicts who’ll get relegated - Everton or Leeds United