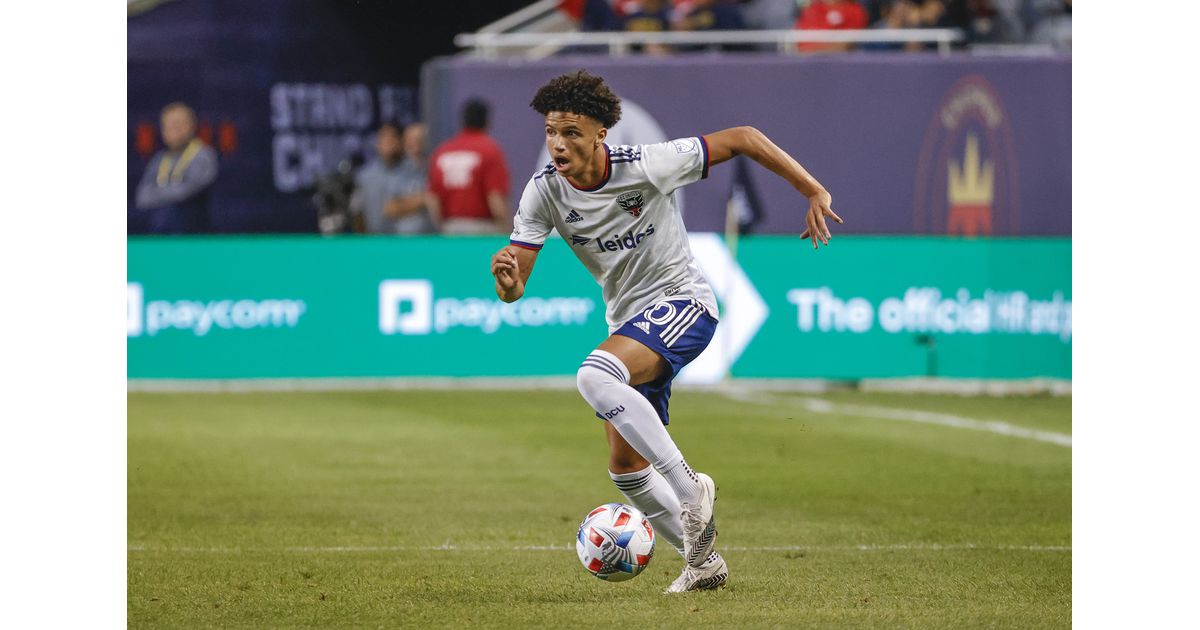 Kamil Krzaczynski-USA TODAY Sports United’s homegrown star is off to the Bundesliga for a reported $7.35 million D.C. United homegrown Kevin Paredes is making the big move, with VfL Wolfsburg swooping in to bring the Virginia native to the Bundesliga. Terms were not reported by either club, but The Athletic’s Pablo Maurer has reported the German side is putting up $7.35 million in their initial transfer fee, with United getting an additional $500,000 if Paredes meets certain benchmarks relating to appearance totals. The Black-and-Red would also be due 10% of any transfer fee Wolfsburg brings in by selling Paredes’ rights in the future. Paredes, 18, made his debut in professional soccer with Loudoun United late in the 2019 USL Championship season, and his rise since then has been remarkable. D.C. United offered him a homegrown contract that winter, and while the MLS season was disrupted by Covid-19, a series of injuries and struggles as a club opened the door for Paredes to show what he could do. After making his debut in the MLS is Back Tournament that summer, Paredes used the next couple of months to assert himself as not just a promising youngster, but a player who was going to be a factor every week. In 2021, under Hernán Losada, Paredes was first-choice whenever healthy, thriving as the team’s left wingback and quickly becoming a fan favorite thanks to his dribbling ability and high-energy style of play. In the end, Paredes made 41 appearances (28 starts) in his two seasons with United. United will be able to convert $1.05 million of the fee into General Allocation Money (GAM), which they have stockpiled of late. Paredes’ departure comes two days after United made an MLS-record GAM trade, sending Paul Arriola to FC Dallas in a deal possibly worth up to $2.3 million. However, the club has also moved plenty of GAM in the meantime, sending $750,000 to the Seattle Sounders to acquire Brad Smith — very likely the player who will step into Paredes’ shoes on the left — just yesterday. It’s been a furious remodel for United lately, who have also announced that they’ve signed Designated Player Taxiarchis Fountas on a pre-contract from Rapid Vienna, and have been strongly linked to a loan move for Toluca and Ecuador striker Michael Estrada. The news of Paredes moving to Wolfsburg serves on one hand as an example to promising young players that United is capable of bringing a talent along quickly. Paredes went from academy program, to Loudoun, to starting at Audi Field, to the Bundesliga in very little time. Despite a record of giving more minutes to homegrown players than the majority of MLS clubs, United has to some extent had a reputation in youth soccer circles that was not favorable. The club’s Pathway to Pro program was enacted to help change that, and between teenagers like Paredes, Moses Nyeman, and Griffin Yow getting first-team minutes, and Ryan Martin fielding one of the younger teams in the USL Championship over the last two seasons, there is a clear emphasis on shifting that perception. Paredes moving to the Bundesliga at 18 years old will go a long way on that front. On the other hand, United’s hopes on the field take a hit with the move. Paredes, along with Andy Najar and Julian Gressel, were the players in 2022 that had to be at their best for United to hit top gear. Losing Paredes’ dribbling ability on the left, even with an experienced and respected replacement already in place, will be an obstacle for Losada and co. on the field this season.

Former Rangers man will be released again, just 4 months after he left Ibrox