Brazil XI made up entirely of Premier League players, featuring no Paqueta or Martinelli 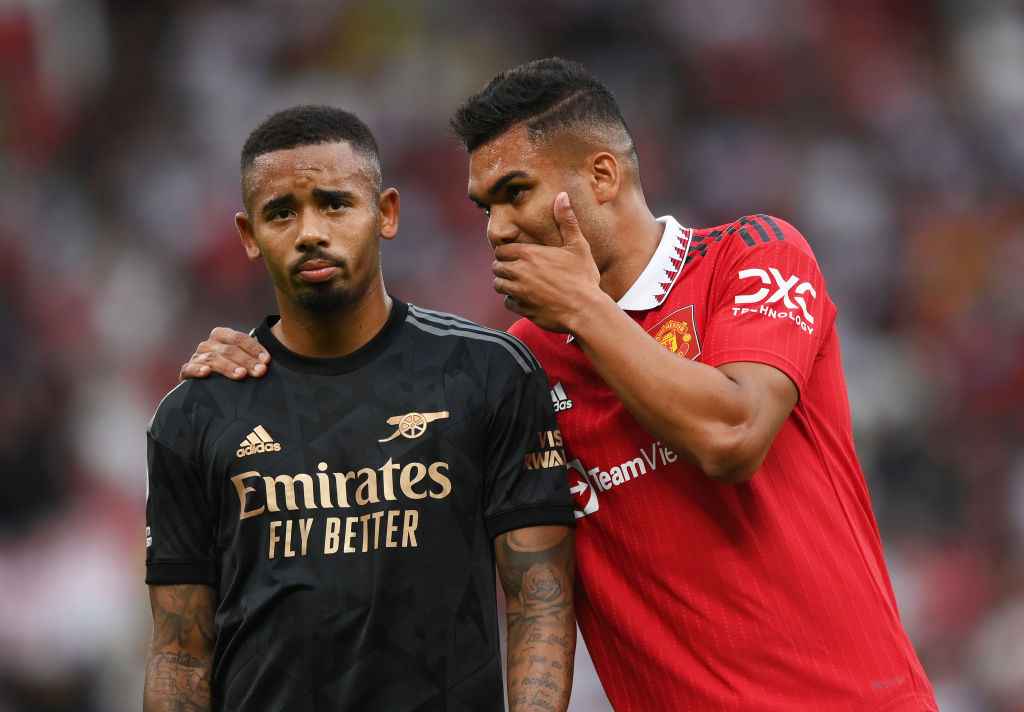 Brazil have a wealth of international stars plying their trade in the Premier League ahead of this winter’s World Cup.

The Selecao, who have been crowned champions of the world five times, will once again be one of the favourites for the tournament, which will be held in Qatar.

Brazil boss Tite has an embarrassment of riches at his disposal and the likes of Neymar, Vinicius Junior and Raphinha are all seemingly guaranteed of their spots on the plane.

However, HITC Sport has put together a Brazil XI made up entirely of Premier League players.

Brazil XI made up entirely of Premier League players

Ederson – A big decision but we’ve gone with the Manchester City stopper over Alisson and our decision came down to us believing that the former Benfica stopper is a better passer than the Liverpool man.

Emerson Royal – With the likes of Dani Alves and Danilo vying for the right-back spot, it would be a surprise to see the Spurs full-back form a part of Tite’s 26-man squad.

Thiago Silva – Brazil’s captain will lead Tite’s side in Qatar and the Chelsea captain will play in his third World Cup having not featured in 2010 despite forming part of the squad.

Gabriel Magalhaes – The Arsenal centre-back is competing with Marquinhos, Bremer and Eder Militao to play alongside Thiago Silva, and the former Lille man looks unlikely to form part of the Qatar travelling party.

Renan Lodi – The Atletico Madrid ace, who scored the winner against Manchester United in the Champions League last-16 last season, will be hoping to impress Tite during his loan spell at Nottingham Forest and oust Alex Sandro and Alex Telles.

Casemiro – The former Real Madrid man may not have started a Premier League game for Erik ten Hag’s Manchester United, but he remains a nailed on starter for his national side.

Fabinho – The Liverpool enforcer may have to edge out the likes of Fred, Bruno Guimaraes and Lucas Paqueta to partner Casemiro in the heart of Brazil’s midfield.

Antony – The former Ajax man, who became Manchester United’s second most expensive of all time, currently looks set to be Raphinha’s deputy on the right-hand side of Brazil’s attack.

Roberto Firmino – If Liverpool’s number nine is a regular for Jurgen Klopp up until Tite names his squad then Firmino may be in the driving seat to book a place to Qatar.

Richarlison – The Tottenham Hotspur man looks nailed on to form part of Tite’s squad, and he definitely looks to be ahead of Firmino and Gabriel Jesus in the pecking order. The former Everton striker scored twice in Brazil’s 3-0 friendly win against Ghana.

Gabriel Jesus – Despite getting off to an electric start to life at Arsenal, the former Manchester City striker was overlooked for this month’s friendlies with Pedro and Matheus Cunha also picked ahead of the Gunners’ number nine.

The post Brazil XI made up entirely of Premier League players, featuring no Paqueta or Martinelli appeared first on HITC.