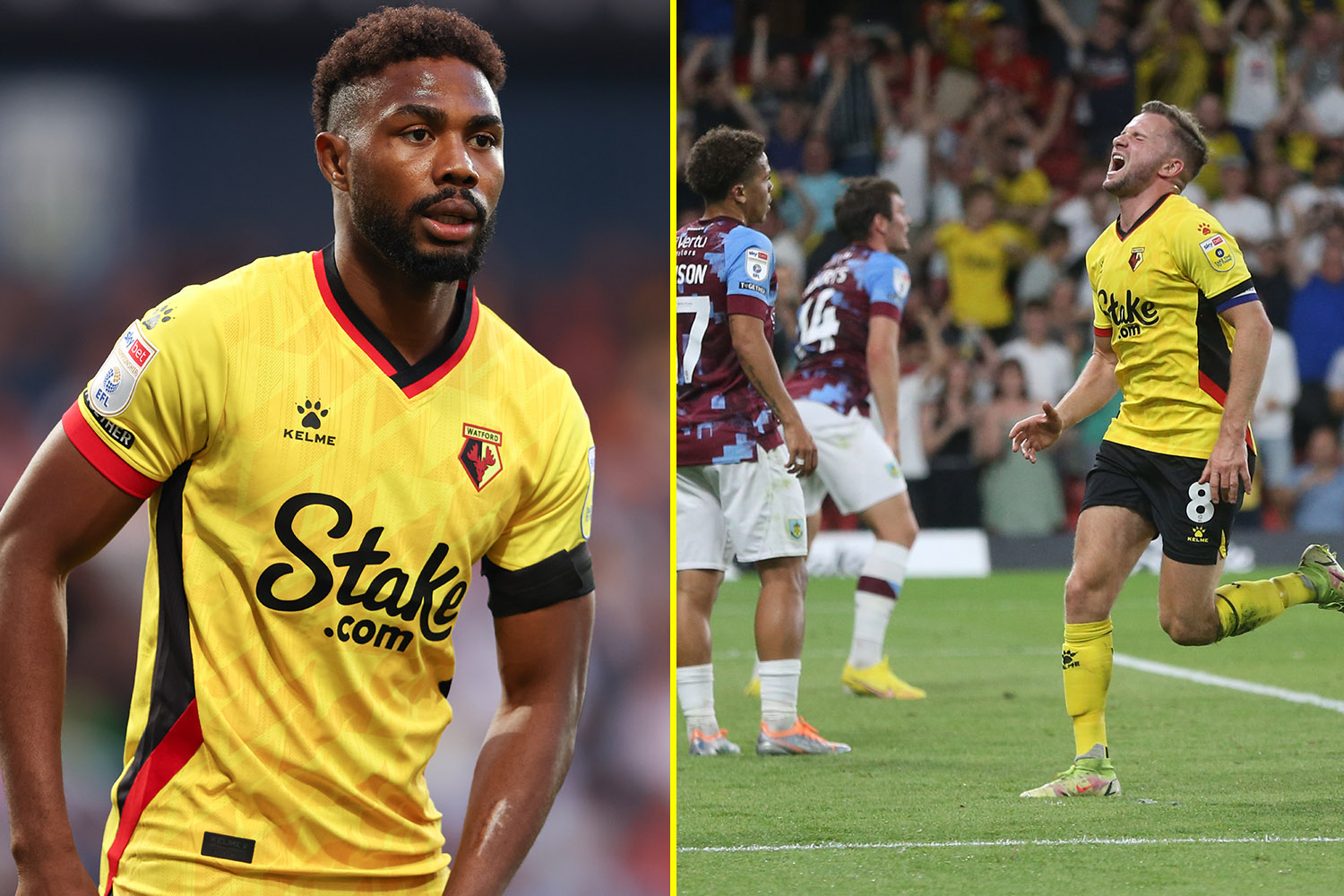 Watford proved that they have little to worry about with Emmanuel Dennis moving to Nottingham Forest as they secured a 1-0 win over promotion rivals Burnley. The 24-year-old was the Hornets’ main attacking threat in the Premier League last term, scoring 10 goals and grabbing six assists as the club battled to avoid relegation. Dennis could soon be making a swift return to the Premier League with Nottingham ForestGetty However Davis looks set to join Watford on a loan deal from Aston Villa Such was the level of his performances, Dennis will get a fresh opportunity to shine in the top flight with a £20million move to the City Ground on the cusp of completion, as revealed by Watford head coach Rob Edwards on Friday. Speaking before the match, Edwards told Sky Sports: “It’s progressing. “I said in the media yesterday that everyone who we picked in the squad tonight would be fully focused and with us, and so that one’s progressing.” He also revealed that a move to sign Keinan Davis on loan from Aston Villa was moving closer, saying: “That one’s quite close and we’re really pleased with it. We’re onto the last bits of the medicals and we’re hoping to welcome him in pretty soon.” Despite losing their star striker, the Hornets were able to come away with a crucial three points at Vicarage Road. With the Clarets set to be one of Watford’s closest rivals in the hunt for promotion this term, it was midfielder Tom Cleverley who gave the Hornets the lead with a well-taken effort just before the half-time interval. Most read in EFL NOT ON Jordan slams 'cowards' for abusing Gillingham owner leading to enforced break amazing Sarr's 'Goal of the Season' likened to iconic Beckham and Rooney strikes action West Brom v Watford LIVE: Promotion rivals clash under the lights at the Hawthorns MNF Watford v Sheffield United LIVE: Hornets without home victory since win over Man United DOOMED Championship relegation candidates: Favourites to go down to League One this season DONE New Birmingham owner confirms takeover with ex-Barca star and targets Aston Villa oust Cleverley put Watford ahead before half-time with a crucial goalGetty Vincent Kompany’s side dominated play in the second half and certainly had their chances to draw the game level, with Dan Bachmann pulling off a wonderful stop to deny Josh Brownhill. Watford’s task then become harder when Hassane Kamara was sent off with 10 minutes to go. However Edwards’ side managed to hold on for a valuable win that has seen them earn seven from a possible nine points since suffering the drop. Betting Offers Of The Weekend ALL CUSTOMERS: Bet £5 via the talkSPORT EDGE app with Paddy Power and get a £5 free bet – available to all customers* – CLAIM HERE NEW CUSTOMERS: Bet £10 with Bet365, Get £50 in Free Bets* – CLAIM HERE Paddy Power All Customers: Place a £5 Sportsbook Bet through the talkSPORT EDGE app between the 1st and 31st August. Get a £5 free bet on the next Monday after your qualifying bet. T&C’s apply. 18+ Begambleaware.org Bet365: Open account offer. Bet £10 & Get £50 in Free Bets for new customers at bet365. Min deposit requirement. Free Bets are paid as Bet Credits and are available for use upon settlement of qualifying bets. Min odds, bet and payment method exclusions apply. Returns exclude Bet Credits stake. Time limits and T&Cs apply 18+ Begambleaware.org SEE ALL FREE BET OFFERS FOR NEW AND EXISTING CUSTOMERS HERE