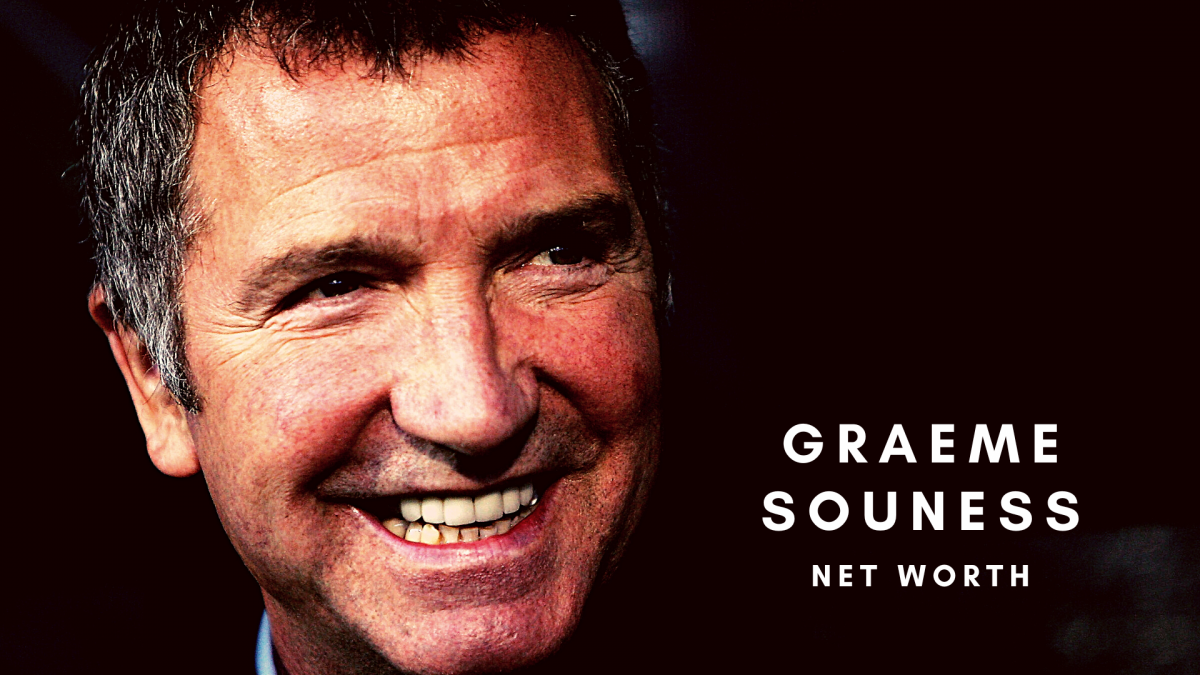 Graeme James Souness is a former professional footballer and a manager from Scotland who currently serves as a pundit on Sky Sports, and in this blog, we will see about his Net Worth, Wife, Salary, Endorsements, Former Clubs, Current Job, and more The former Scotland midfielder captained both the Scotland National Football team and also captained the successful Liverpool side in the 1980s. He has played for many Premier League teams including Tottenham Hotspur, and Middlesbrough. Graeme did not just stop his legacy in football as a player but also extended his longevity in football by becoming a successful manager. He coached many big teams including Rangers, Liverpool, Benfica, Newcastle United, and Southampton. After his managing career, Graeme Souness joined as a Television analyst in the UK and currently works as an analyst in Sky Sports and was also a pundit for UEFA Champions League coverages of the media until 2015. Let’s get to more about the multi-talented midfielder in this article without any further delay. Graeme Souness has an impressive net worth and salary from his time as a player, manager, and a football presenter. (Photo by Laurence Griffiths/Getty Images) Graeme Souness Facts Birth PlaceEdinburgh, ScotlandFather’s NameJames SounessMother’s NameElizabeth SounessStar SignTaurusNet Worth£5.5 millionAge69 yearsDate of Birth6 May 1953NationalityScottishJobsPundit, Ex-Manager, AnalystWifeKaren SounessAchievements1X TOP SCORER3X EUROPEAN CHAMPION CLUBS’ CUP WINNER5X ENGLISH CHAMPION1X UEFA CUP WINNER1X SCOTTISH CHAMPION1X ITALIAN CUP WINNER1X SCOTTISH LEAGUE CUP WINNER3X ENGLISH SUPER CUP WINNERSocial MediaNA Graeme Souness Net Worth and Salary Graeme Souness earned his net worth in many ways and established himself as one of the important figures in the media. He is reported to have a net worth of £5.5million by FortunesFromFootball. Salary details of the player are not available and would have earned much as he was a captain too. Graeme Souness Club Career Graeme Souness began his footballing career as a midfielder by signing as an apprentice for the Spurs and was struggling to get into the first team there. Later, the Spurs sold him to Middlesbrough in 1972. He got to know the team’s dynamics so well and in his season there, the club completed their season in 4th place just two places short of promotion. Liverpool bought the rising baller in Jan 1978 and Graeme Souness spent over 7 seasons in the club. His career reached its peak when he was at Liverpool as he won 5 League Championships, 4 League Cups, and 3 European Cups all within the seven seasons. Graeme ended his Liverpool career with over 350 appearances scoring 56 goals for the club. Souness was bought by Sampdoria for a huge amount where he played only for 2 years. Later, he joined as player-manager at Rangers FC and retired there in 1991. Graeme Souness during his playing days at Liverpool. Mandatory Credit: Ben Radford/ALLSPORT Graeme Souness International Career Graeme Souness got his first International appearance for the Scotland National Football team in 1974. He was selected to represent the Country for the 1978 FIFA World Cup where he made 6 appearances. After his successful time with the Reds, he appeared in 2 more World Cups. Souness captained the National team for a while and made 54 appearances scoring 4 goals in 12 years. His last World Cup match came when he was already a player-manager for Rangers FC. Graeme Souness Managing Career Graeme Souness started his managing career at Rangers and started his wonderful journey by winning three Scottish League titles and 4 League Cups during his time there. Then joined Liverpool as a manager and spent most of his managing time at the Anfield Arena and managed over 150 games for them. After his time at Liverpool, he managed Galatasaray, Southampton, Torino, and Benfica, before joining Blackburn Rovers as a manager. He ended his successful managing career at Newcastle United in 2006. Graeme Souness Current Job Graeme Souness after retiring from his managing role joined as a TV analyst in the United Kingdom and also in Ireland. He is currently an important analyst in Sky Sports in the Premier League coverage and also was an important pundit in the UEFA Champions League coverage. He also appears for the coverage of the League Cup and in Scotland’s International matches. Graeme Souness was the manager of Newcastle United. (Photo by Christopher Lee/Getty Images) Graeme Souness Personal Life The former Scotland Midfielder was born on 6 May 1953 in Edinburgh, Scotland to the couple James Souness and Elizabeth Souness. He supported the local side clubs Hearts and Rangers when he was younger. He began footballing by playing for the local club North Merchiston as a teenager. Graeme Souness Wife – Karen Souness Graeme first got married to Danielle Wilson in 1984. He adopted her daughter and had three more children with her. They got divorced later in 1989. Then Graeme got married to Karen Souness in 1994 and still, they lead a very happy and loving life. Together they have a son and adopted two children of Karen which she had from a previous relationship. Read More: Jim Beglin 2022- Net Worth, Wife, Salary, Endorsements, Former Clubs, Current Job and moreJamie Redknapp 2022- Net Worth, Wife, Salary, Endorsements, Former Clubs, Current Job and moreGuy Mowbray 2022- Net Worth, Wife, Salary, Endorsements, Former Clubs, Current Job and more FAQs about Graeme Souness What is the net worth of Graeme Souness?The net worth of Graeme Souness is 5.5 Million pounds.  What is the autobiography of Graeme Souness?Graeme Souness wrote his own autobiography named No Half Measures.How tall is Graeme Souness?He is 1.8m tall. Nationality of Graeme Souness?He is Scottish. Has Graeme Souness won a World Cup?No, Graeme Souness has never won a World Cup. The post Graeme Souness 2022 – Net Worth, Wife, Salary, Endorsements, Former Clubs, Current Job, and more appeared first on Soccersouls.