'It's brilliant': Neville and Klopp agree in praise of 'fantastic' Crystal Palace 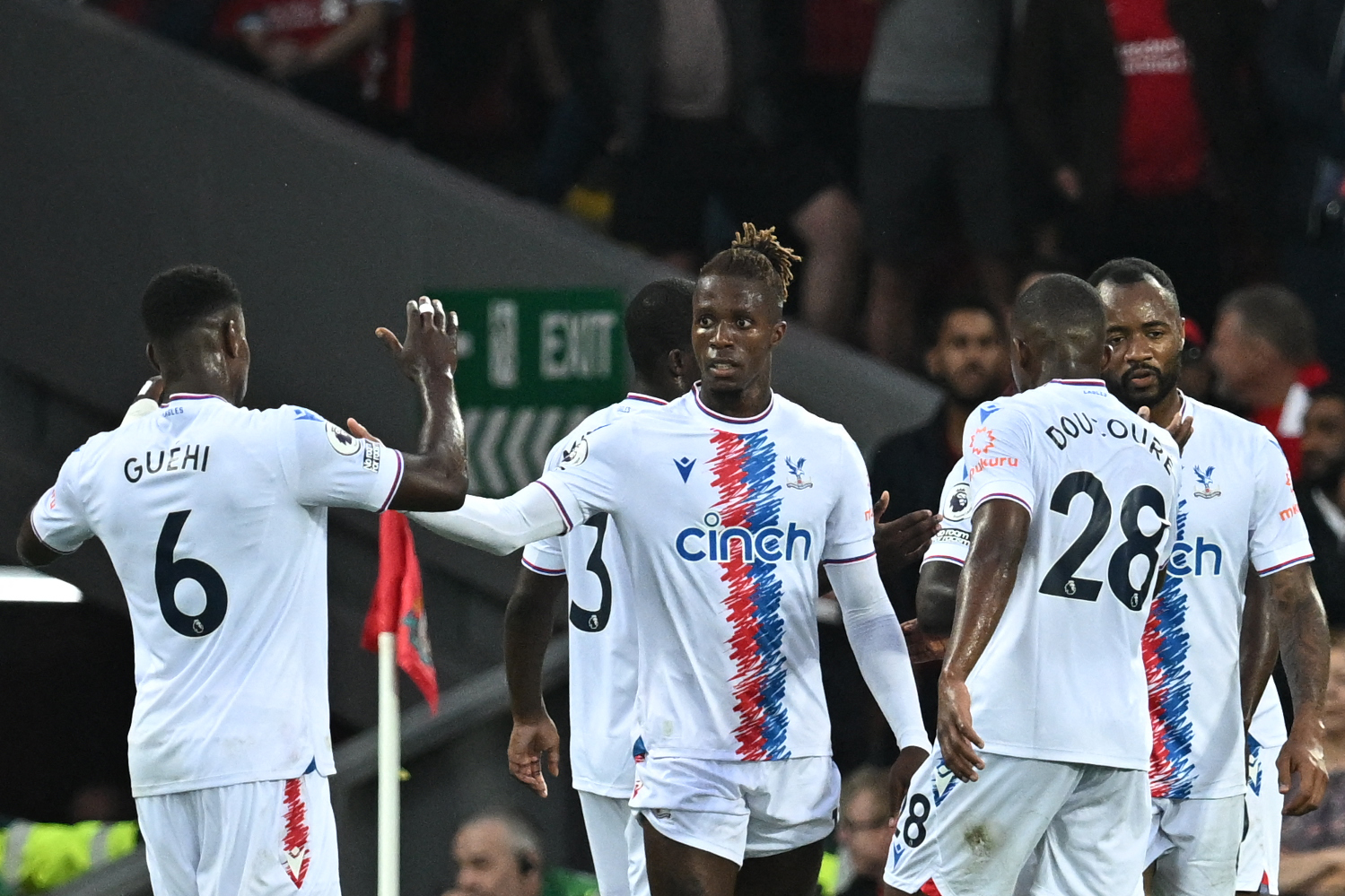 As soon as the team news filtered through prior to kick-off, everyone in the home dressing room would have known what to expect. Wilfried Zaha through the middle as a lone forward; Vieira utilising Palace’s paciest player in a centre-forward berth, while leaving the more physical Jean-Philippe Mateta and Odsonne Edouard on the bench.

And, up against a high Liverpool defensive line featuring the seldom-seen Nat Phillips, the combination of Zaha’s speed and Eberechi Eze’s guile was always likely to cause problems. It was no real surprise, then, that it was those two who combined to devastating effect with 32 minutes gone.

“Unfortunately, they scored the 1-0, which I think was the first counter-attack?” Klopp reflected, having lost Darwin Nunez – a man who plays the game with all the composure of someone who’s lost his keys and late for his bus – to a needless red card.

“Everything was in place for that moment. We had good protection actually. We had Fab (Fabinho) and Trent (Alexander-Arnold) around Eze.

“Unfortunately, Eze can free him there and then the space is pretty big, with the speed of Zaha and a good finish. In that moment they showed actually how good they are and how difficult it is to play against them, because these moments always can happen.”

A moment of magic from Luis Diaz rescued a point for the dominant hosts; Scything through a sea of bodies before lashing a whipcrack of a shot into the corner of Vincente Guiata’s net. But if Zaha hadn’t snatched at a Cheick Doucoure cross later in the second-half – if Patrick Vieira’s side had shown a little more care and composure in the final third – the visitors might have had another famous Anfield scalp to add to the Miracle of Crystanbul.

“Alisson does not get beaten at all easily so the finish… that’s (Thierry) Henry. That’s a real top-class finish. Anything inside the pot and Alisson saves it, he’s that good. It has to be absolutely perfect to beat that goalkeeper. It’s a brilliant goal.”

The post 'It's brilliant': Neville and Klopp agree in praise of 'fantastic' Crystal Palace appeared first on HITC.