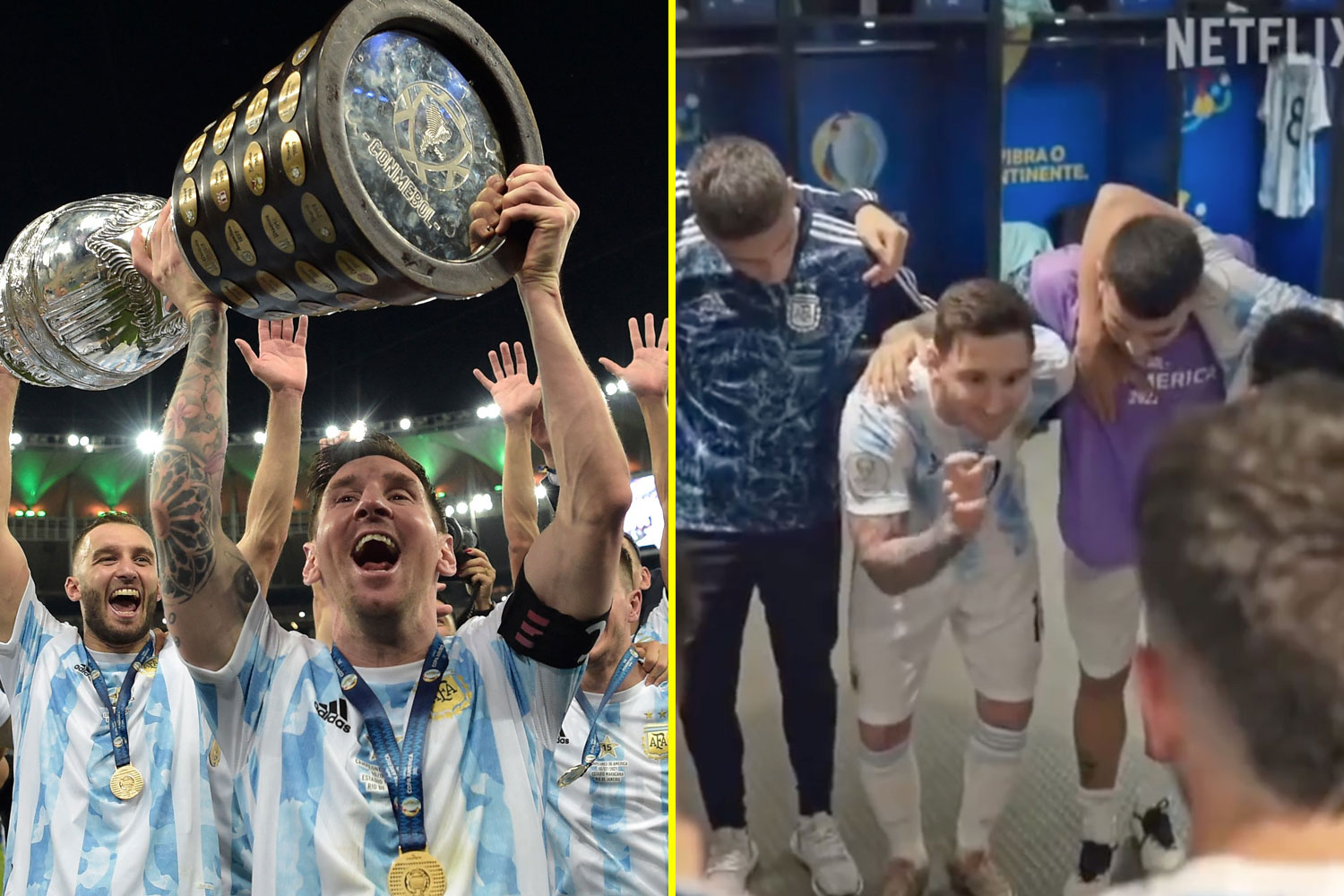 Lionel Messi could well be key to Argentina’s success – on and off the pitch if his pre-match speeches are anything to go by. The national side’s captain and, arguably, still the best player in the world has World Cup glory in his sights, having skippered the team to Copa America glory in 2021. Messi claimed the Copa America trophy last season for Argentina, could the World Cup be next?Getty It was Argentina’s first win in the competition since 1993 and thanks to a Netflix documentary, fans got to see Messi’s rallying team talk to his teammates minutes before walking out to beat rivals Brazil on their own patch. “There is no such thing as coincidence, you know what? This cup was supposed to be played in Argentina,” Messi can be heard saying. “God brought it here, brought it here to raise it in the Maracana, to make it more beautiful for all of us. Let’s go out confident and calm and we’ll take this one home.” The match was crucial for Messi given it was one of the only trophies he had not managed to win. Former Manchester United winger Angel di Maria gave Messi’s side the lead lifting the ball over Ederson. The seven time Ballon d’Or winner then had the opportunity right at the death to score, but he failed to beat Ederson after tripping over. However, the miss didn’t matter as Argentina ran out 1-0 winners. Messi gave a rallying cry to his teammates ahead of Argentina’s Copa America win over Brazil Most read in Football destined Rice and Grealish 'were never going to play for Ireland' says former coach O'Neill FAIR DO'S Phillips admits he ‘can’t argue’ about not playing at World Cup despite being fit rated Bent reveals text exchange with Liverpool captain Henderson about Bellingham support Georgina Rodriguez sends message to Portugal boss after Cristiano Ronaldo dropped plea Ronaldo's sister says she 'wanted him to come home' from the World Cup after snub CONFIDENT Jordan believes England will beat France after press conference from Walker Messi now wants to end his World Cup on a high, given Qatar 2022 will be last major tournament for Argentina. It would certainly be a fitting tribute for arguably football’s greatest ever player to sign off with that piece of silverware. He came close to lifting the ultimate prize with Argentina in 2014, when they reached the final in Brazil but were beaten by Germany 1-0 in extra-time. It’s the Netherlands in the way of a place in the last four and you can bet the players will be hoping for more inspiration from their captain. talkSPORT BET OFFER OF THE DAY Bet £10 Get £30 In Free Bets* – CLAIM HERE 18+ Opt in, bet £10+ at odds 2.00+, in 7 days. No cash out. Get 3x £10 Free Bets on selected events. 7 day bonuses expiry. Card payments only. Click for T&Cs. BeGambleAware.org | Please gamble responsibly SEE MORE WORLD CUP FREE BETS HERE