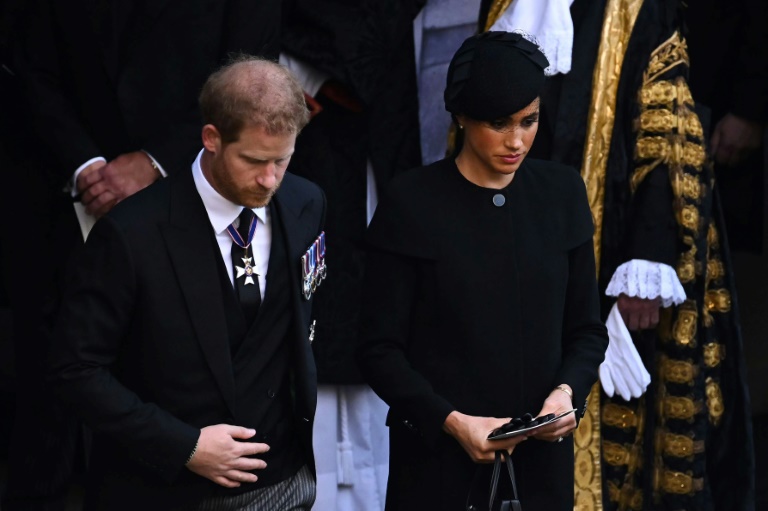 Prince Harry and Meghan Markle are now back in California with their two children after attending Queen Elizabeth II's funeral on Sept. 19. But the past weeks' events have reportedly left the Duke of Sussex feeling homesick.The couple attended most of the funeral events for the Queen from the walkabout outside Windsor Castle, the vigil at Westminster Hall, and then the state funeral at Westminster Abbey. They then quietly left the U.K. on the 20th to return home to Archie, 3, and Lilibet, 1, at their Montecito mansion. They have been away from their children since Sept. 5.While it was a happy moment for the family to be together again, a source close to Prince Harry claimed that he "went home with a heavy heart." The insider told Heat magazine, "He's feeling lost and sad. It was a difficult few weeks in the UK, with a few embarrassing snubs from his relatives."However, it is understood that the events also made the Duke of Sussex feel "immensely proud to be British. It was an honour to be part of such a unique and deeply moving tribute to Her Majesty."On the downside, being back in California after spending days with his family in the U.K. has reportedly left him feeling "sad that he's physically and emotionally so far away." It is believed that he had wanted to extend a couple more days so he can spend more time with them, but Meghan Markle was not open to the idea.The source explained, "Harry didn't want to argue with Meghan – and she'd had enough of what she calls the 'bad vibes' – but, ideally, he would have liked to fly the kids over and extend their stay, so he could spend more time with his father and try to mend things with William. There's so much unfinished business between them, and Harry's struggling with the situation. But Meghan doesn't feel the same and they're in different places about it right now."Prince Harry and Meghan Markle, being part of the British Royal Family, observed a seven-day mourning period upon their return to California. The Duchess of Sussex has also postponed the release of the other episodes of her "Archetypes" Spotify podcast out of respect for Queen Elizabeth II. It is believed that the Duke of Sussex also moved the release of his memoir to 2023 instead of December this year.