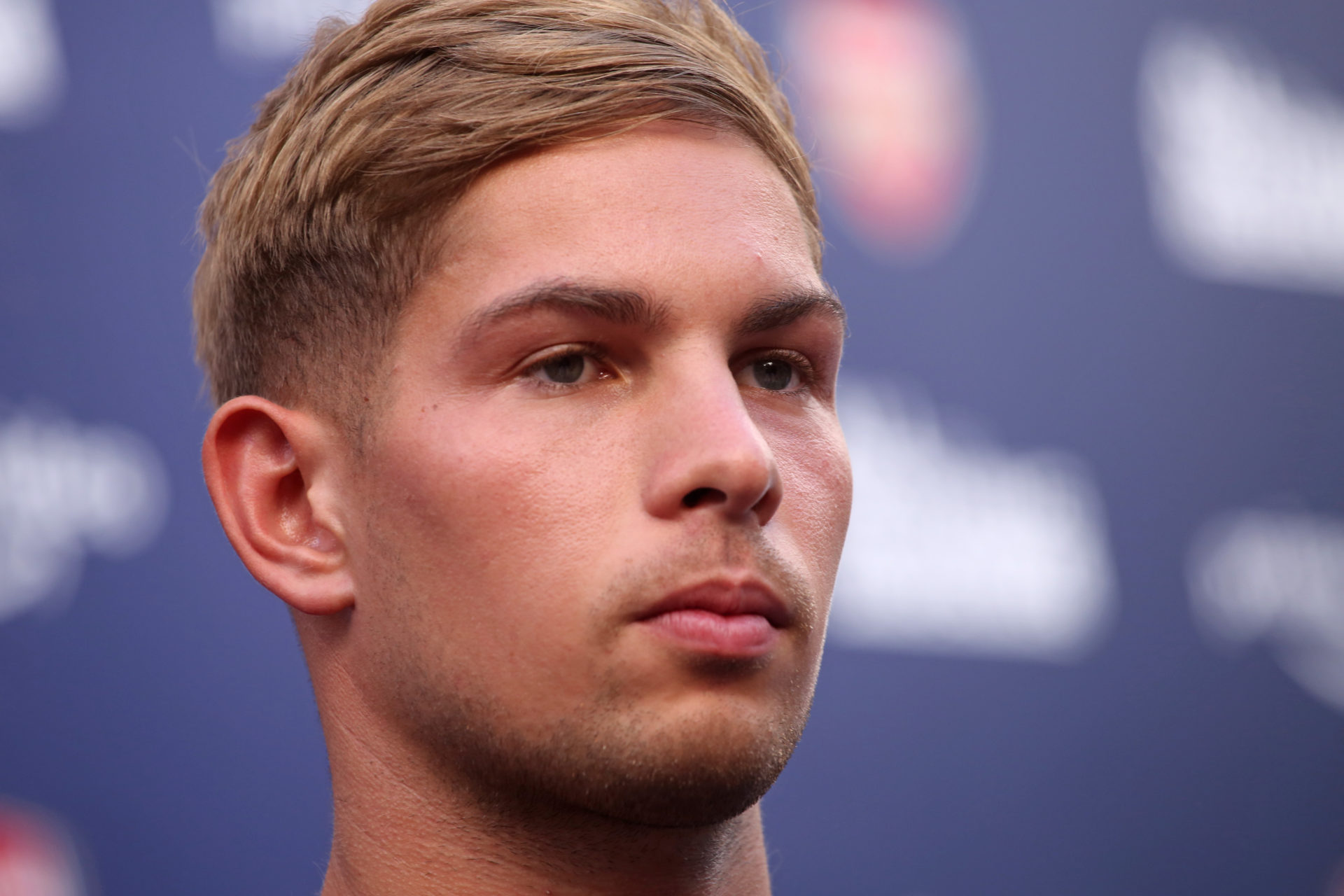 Midfielders Fabio Vieira and Emile Smith Rowe have been forced to sit out Arsenal training ahead of Saturday’s clash with Bournemouth. Sky Sports report that the pair have been unable to take part in the session ahead of the game against former Tottenham midfielder Scott Parker’s newly-promoted side. The Gunners have won both their matches so far this season, beating Crystal Palace and Leicester, scoring six goals in the process. Smith Rowe came off the bench and got six minutes of action in that weekend home win over the Foxes. Photo by Vid Ponikvar/Sportida/MB Media/Getty Images Vieira and Smith Rowe miss Arsenal training Vieira is yet to make an appearance for Arsenal after coming to the club with a foot injury which impacted his pre season. It is clear that both men are being managed carefully and Mikel Arteta can do that because of the options he has in his squad. Smith Rowe not training despite playing against Leicester indicates that he is still not fully recovered and still needs managing at this stage. Takehiro Tomiyasu Kieran Tierney Emile Smith Rowe Fábio VieiraArsenal are missing two regulars from group training today. pic.twitter.com/sEpzrSaZRK— Football Daily (@footballdaily) August 16, 2022 Arsenal will fancy their chances of making it three wins from three against the Cherries, who lost 4-0 against Manchester City on Saturday. City and Arsenal are the only two clubs who have won both their Premier League matches so far this season, with the reigning champions top of the table on goal difference. It is a good sign for Arteta that he is generating this early season momentum while he still has two talented playmakers yet to start this term. The post Video: Two Arsenal players now missing from training today ahead of Bournemouth clash on Saturday appeared first on The Boot Room.