‘We miss you’: Lionel Messi says he wishes 26-year-old Tottenham player was at the World Cup now 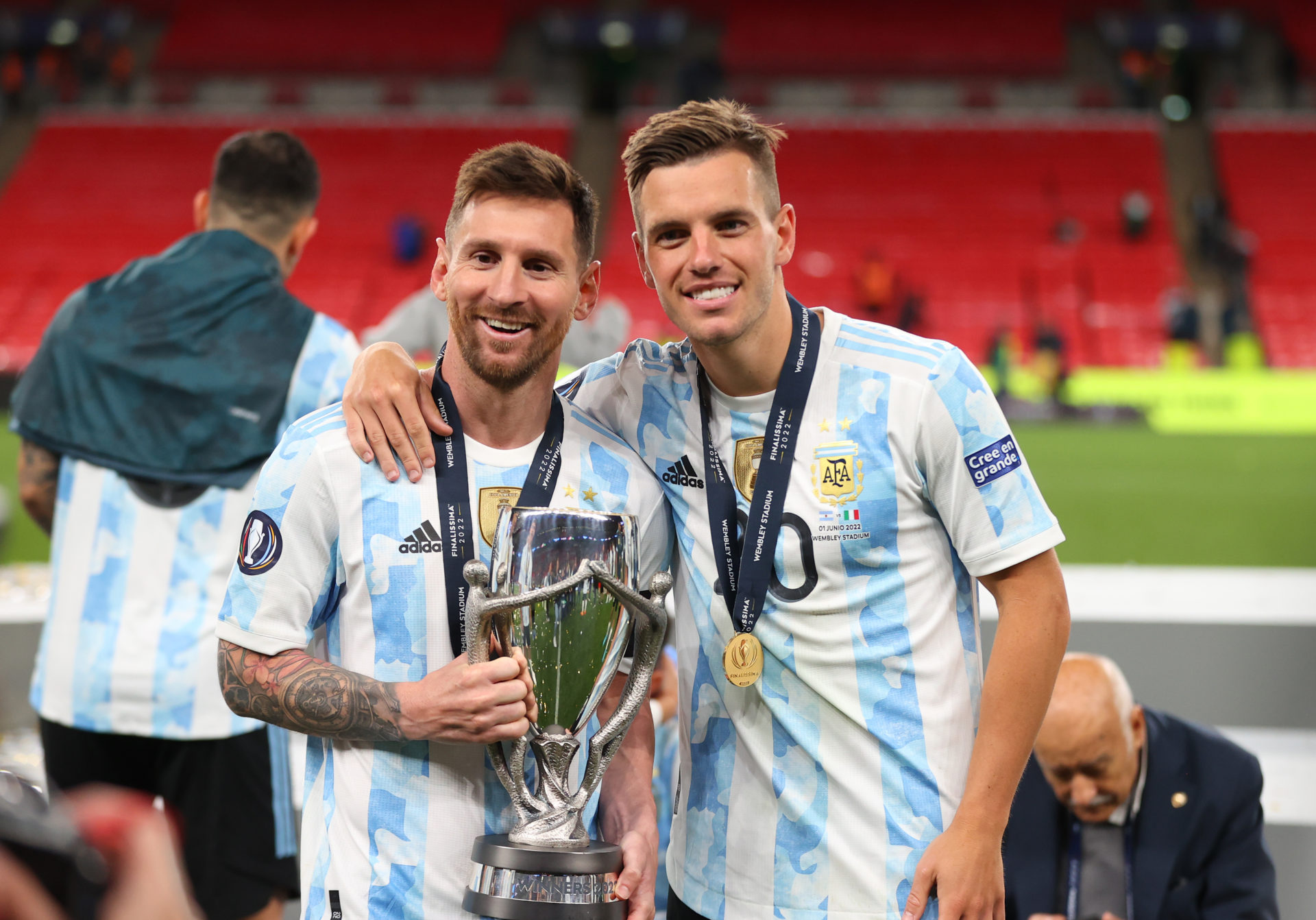 The World Cup in Qatar is likely to be Lionel Messi’s final chance to win football’s biggest trophy. His Argentina side are currently in the quarter-finals, preparing to take on the Netherlands. He was speaking to Sergio Aguero, via Varsky Sports, ahead of their next match. Messi is three games away from lifting the trophy, and has plenty of Premier League support in his squad. Tottenham Hotspur centre-back Cristian Romero has featured in every Argentina game so far. Romero received a number of plaudits for his performance in the last-16 against Poland. Photo by Sebastian Frej/MB Media/Getty Images Manchester City’s Julian Alvarez has starred alongside Messi in attack, while Alexis Mac Allister has featured in midfield. Although Messi has plenty of Premier League stars working with him, he’s come out and wished for one more. Speaking to Aguero, Messi has said he wish Tottenham loanee Giovani Lo Celso was at the World Cup. Tottenham fans might be confused by this, given his mixed time in north London. Messi clearly sees something Antonio Conte doesn’t, after he sanctioned a loan move to Villarreal for Lo Celso this season. Messi wishes Lo Celso was at the World Cup Speaking to Aguero, Messi sent a simple message, saying: “We miss you and Gio [Lo Celso], you two are always present!” The 26-year-old midfielder has more than 40 Argentina caps, and has featured at two Copa Americas. He was in the Argentina squad for the 2018 World Cup, but never made it off the bench. Lo Celso has played with Messi on 28 occasions, and has assisted him three times. Photo by Catherine Ivill – UEFA/UEFA via Getty Images The midfielder did everything he could to get fit for the tournament, according to Todo Noticias. BBC pundit Clinton Morrison has said that Argentina are missing Lo Celso at the World Cup. The emergence of Enzo Fernandez has certainly helped ease the loss of Lo Celso in the centre of the park. Villarreal don’t have a buy option to make Lo Celso’s deal permanent in the summer. Despite Messi’s praise, Conte seems unlikely to give the 26-year-old another chance at Tottenham when his loan deal ends. The post ‘We miss you’: Lionel Messi says he wishes 26-year-old Tottenham player was at the World Cup now appeared first on The Boot Room.