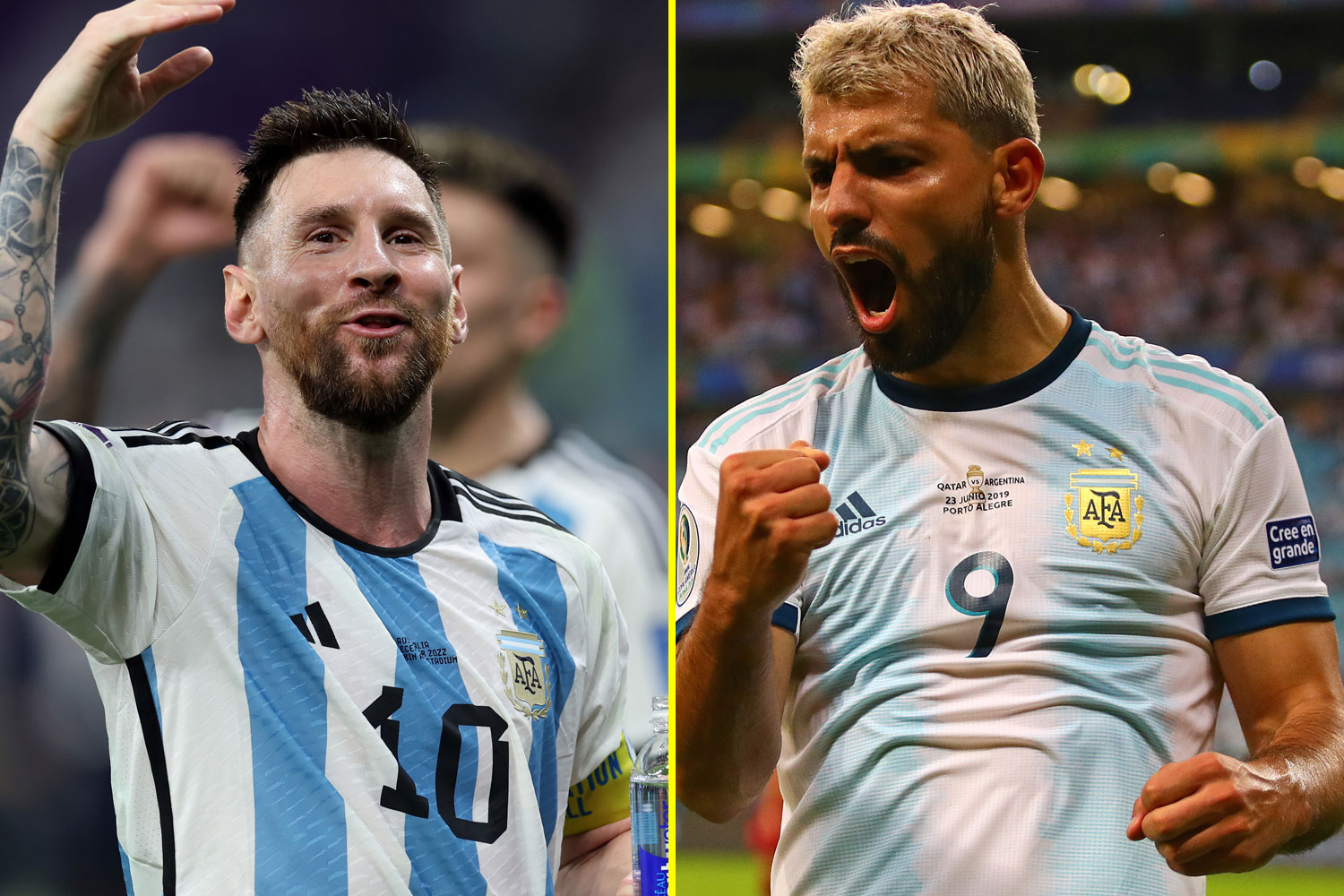 Sergio Aguero sent a touching message to Lionel Messi and the Argentina team ahead of their World Cup quarter-final clash. Messi and Argentina go head-to-head with the Netherlands on Friday for a place in the semi-finals of the World. Messi and Aguero played together at Argentina on many occasions Both Aguero and Messi have enjoyed hugely successful careers since leaving their native South America for Europe at such a young age. Having shared a dressing room on international duty for many years, Aguero may have been with his close friend at the World Cup at the age of 34, but a rare heart condition forced him to retire. Aguero, who has a huge following on his Twitch channel, spoke to Messi from the Argentina captain’s hotel room in Qatar. “Your victories are also for me, I suffer a lot, but I really enjoy watching you play and that you are so united,” Aguero said. “I feel like I’m with you, it makes me very happy that everything’s fine. “Good luck on Friday boys, whatever happens, you are phenomenons, love you.” Kun: “Where you guys are?”Messi: “In our room.”Kun: “In Our?”pic.twitter.com/ZRYBPwAgFy— All About Argentina (@AlbicelesteTalk) December 7, 2022 Most read in Football gone Luis Enrique sacked by Spain after shock World Cup exit as new manager named ron-call Ronaldo's sister says Portugal boss Santos 'humiliated' her benched brother support Georgina Rodriguez sends message to Portugal boss after Cristiano Ronaldo dropped destined Rice and Grealish 'were never going to play for Ireland' says former coach O'Neill brummie Grealish jokes Bellingham's Birmingham roots is the one flaw he'd like to change joy Roy Keane takes shirt off in celebration after scoring winner against Micah Richards Messi made it clear that Aguero’s absence and presence from the Argentina national time was felt. “We miss you and Gio, you two are always present,” Messi replied. Messi, now 35 years old, has made it clear this will be his last World Cup, with the trophy the only one he is yet to win in his stellar career. The seven-time Ballon d’Or winner has been one of the standout players so far at the World Cup in Qatar with three goals, inspiring his side to victory over Australia last weekend. Messi has yet to win the World Cup and will hope to add it to his trophy cabinetGetty The 2-1 win over the Socceroos was Messi’s 1,000th senior career appearance where he netted his 789th goal. The Paris Saint-Germain forward will hope to make it one step closer to the final, when he captains his side against the Netherlands, in what will be a repeat of the 1978 final, as well as other famous World Cup knockout games in 1998 and 2014. talkSPORT BET OFFER OF THE DAY Bet £10 Get £30 In Free Bets* – CLAIM HERE 18+ Opt in, bet £10+ at odds 2.00+, in 7 days. No cash out. Get 3x £10 Free Bets on selected events. 7 day bonuses expiry. Card payments only. Click for T&Cs. BeGambleAware.org | Please gamble responsibly SEE MORE WORLD CUP FREE BETS HERE