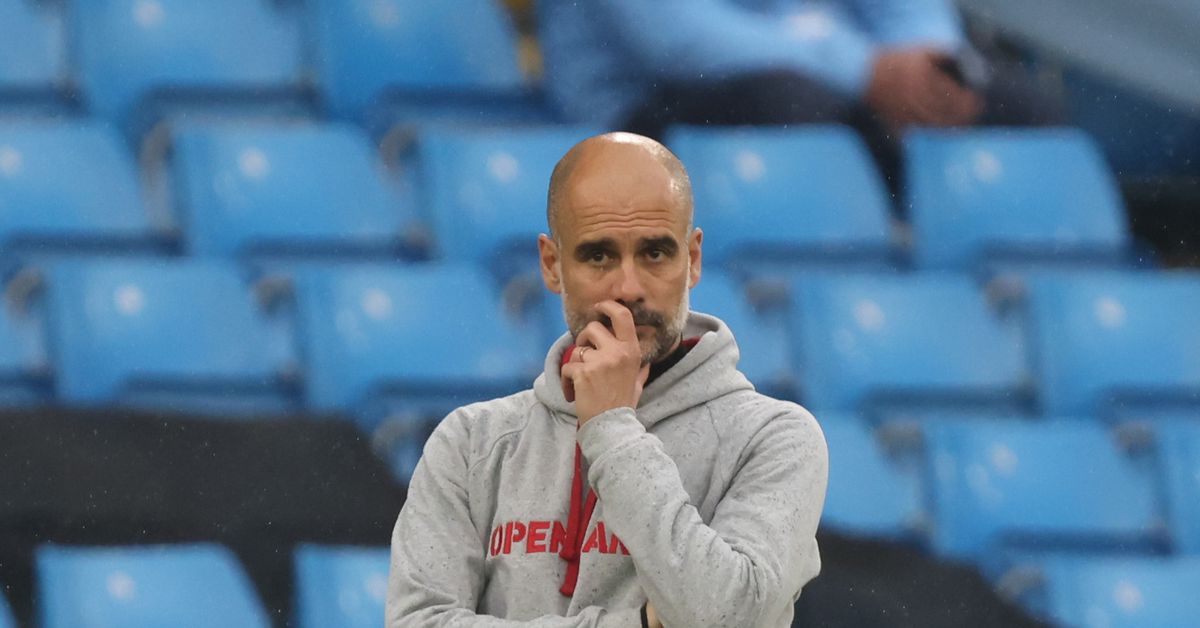 Photo by Matthew Ashton - AMA/Getty Images Pep manager certain of PL title coming first. Pep Guardiola remains adamant that Manchester City’s sole focus for now is winning another Premier League title. It can be done this week as second place Manchester United is playi9ng two times before City take the pitch Friday. It could all be wrapped by then. Still, Pep continues to tow the line with focus and he spoke about that and more. “The FA Cup and Carabao Cup is over, so we have to focus on winning the Premier League,” he declared when facing the media after our defeat to Chelsea. “We still have to make the points though, when you have the points you are champions, until then it’s Liverpool. “Still we are not, the people for one two months say it is done. “We have the position we have and we will try the next three games we have to try to win the Premier League. “After, it depends the day it happens, we will then prepare for the Champions League final. “I am pretty sure for the final of the Champions League we will be ready to compete and play the best game as possible.” “That’s all, congratulations (to Chelsea). It can happen. You say we are not used to losing games, that is a big complement to us. It can happen. “It’s different competitions, one was the FA Cup, one was the Premier League and now we are going to play the Champions League. Pep is right, but with claiming the title a near guarantee of occurring this week it seems to be just posturing for his team so they don’t get ahold of themselves. Pep is clear and away the world’s best manager and now is the time to prove it without doubt. With this Premier League title and a potential UCL triumph and he would do just that.

“Having a shocker” – These fans identify weak link for England in first half, Chelsea ace suggested as ideal replacement