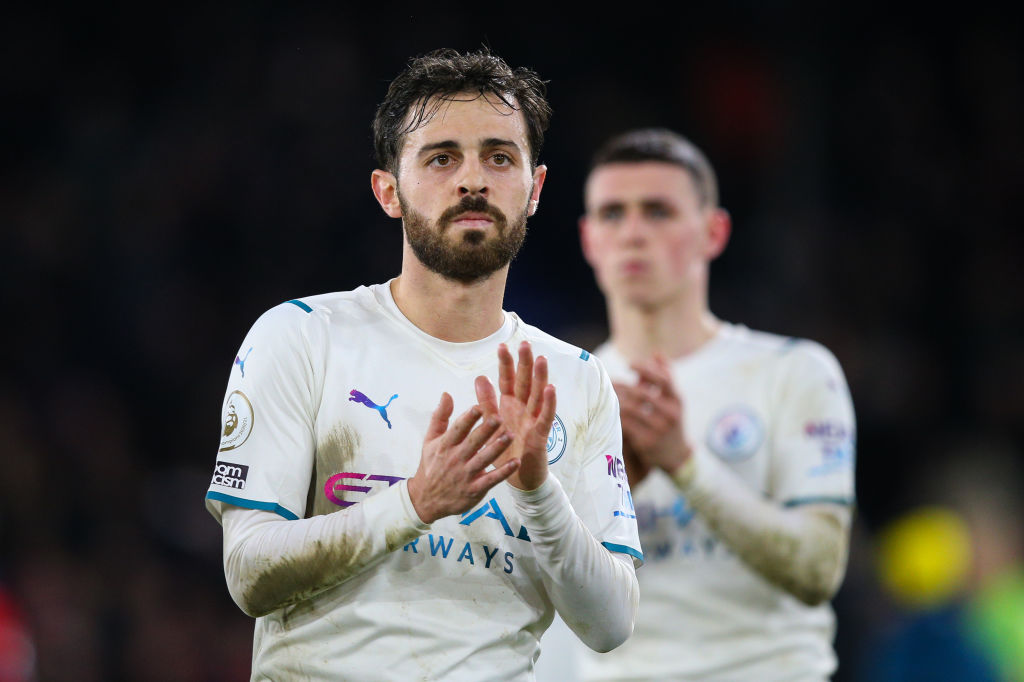 Manchester City will reportedly only authorise the sale of Bernardo Silva to FC Barcelona if the European giants meet the club’s €100m (£84m) asking price to sign the Portuguese international.

According to the Athletic, the reigning Premier League champions are intent on keeping hold of Silva this summer despite numerous reports that the player is eager to join Barcelona with the Catalan side themselves lining up a move to sign the City playmaker.

As per the report, City will only allow the blockbuster transfer to happen if Barcelona somehow meet their £84m valuation for Silva, a fee the Manchester giants will not reduce by a single penny as Pep Guardiola and the club send out a strong message to their European rivals over their star midfielder.

City have seen numerous top players leave the Etihad Stadium this summer with Gabriel Jesus, Raheem Sterling and Oleksandr Zinechnko all departing the north of England for move to Arsenal and Chelsea respectively, and the Premier League giants are set to stand firm over Barcelona’s pursuit to sign Silva.

The midfielder seemingly has a dream of one day playing for the La Liga giants, yet with City keen to keep hold of Silva, a transfer looks extremely unlikely this summer for Barcelona, especially given their outrageous financial situation and their current inability to register all their new signings.

Jules Kounde is yet to be registered by Barcelona following their opening game of the new La Liga season, and unless Xavi Hernandez can make a sale in the coming weeks, the Frenchman could be denied the chance to play for his new side, which in turn all-but rules out Silva leaving City for Catalonia.

Barcelona have had a summer transfer window very few fans will be forgetting about anytime soon, yet their attempt to sign Silva seems to be the European giants’ breaking point, and City will be hopeful that Xavi will soon ditch his dream of signing the 27-year-old midfielder this summer.

Whilst it makes sense why both Barcelona and Silva want a move to happen, the finances City are demanding simply makes a deal impossible for the Catalan side, and the Manchester titans will be praying that this latest update puts a nail in the coffin with the transfer saga for another window.

The post Report: Manchester City are now willing to accept £84m blockbuster deal on one condition appeared first on HITC.

ALVISE CAGNAZZO: Rafael Leao would be a devastating addition to Manchester City's side