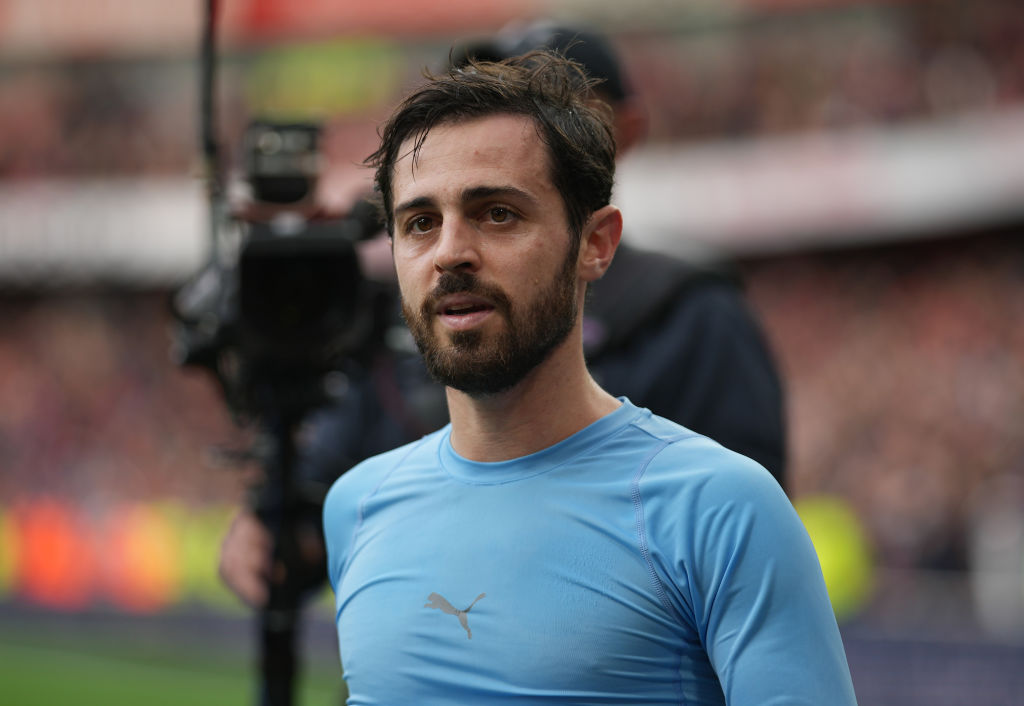 Manchester City playmaker Bernardo Silva has reportedly made the decision to stay with the Premier League champions this summer despite intense transfer interest from FC Barcelona.

According to the Athletic, the Portuguese international is ready to commit his immediate future to Pep Guardiola’s side and abandon any plans of a move to La Liga, with Silva this summer being heavily linked with a €100m (£84m) move to Xavi Hernandez’s side.

Reports in recent weeks have indicated that Barcelona have been in talks with Silva, with the midfielder even reportedly agreeing to personal terms with the Catalan giants over a potential move this summer, however, a transfer now looks all but dead for City’s European rivals.

With Silva one of City’s best players in recent years, this update is a huge result for Guardiola, who would have struggled greatly to replace the 27-year-old midfielder had Barcelona managed to sign the Portuguese superstar this summer.

Indeed, Silva is arguably the best in his role in the Premier League, yet given Barcelona’s financial position, signing the former AS Monaco star would have been seemingly impossible unless the Catalan giants managed to sell a Frenkie De Jong or Pierre-Emerick Aubameyang in the coming weeks.

Alas, a deal for Barcelona now looks dead, and with Silva set to stay at City, the Manchester side now have one of their biggest assets remaining at the club for another season, a factor which could prove crucial in Guardiola’s quest to win a third Premier League title in a row.

With City already five points ahead of Liverpool in the Premier League standings, one could make a good yet farfetched case that the title race is already over, yet with Silva set to stay at the Etihad Stadium for the year, this decision could prove to be the real catalyst in the battle for the championship.

After all, Silva has been one of City’s most productive players in recent years, and the midfielder staying for at least one more year could be the main reason why the Manchester side retains the title for a third year and once again assert their dominance in the English top-flight, much to the dismay of Barcelona.