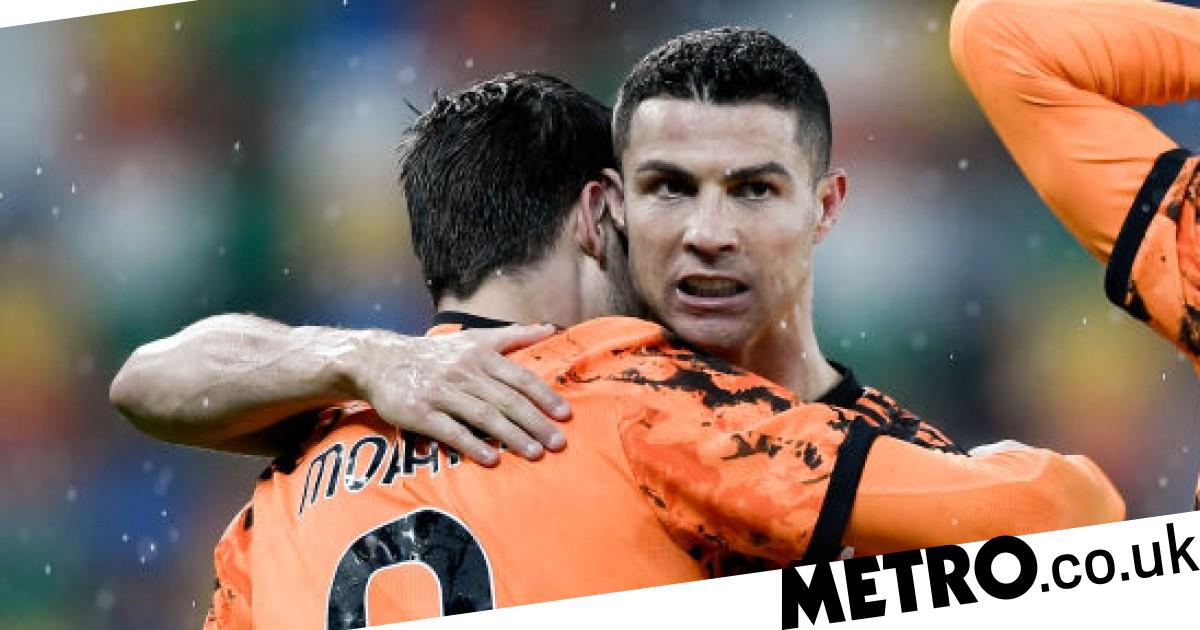 Cristiano Ronaldo could be convinced to stay at Manchester United if the club sign striker Alvaro Morata, according to Italian football expert Mina Rzouki.

United have been offered the chance to sign former Chelsea striker Morata as question marks continue to linger over Ronaldo’s future at Old Trafford.

Morata is available for €35m (£29.6m) this summer but would command a ‘significant’ salary, according to reports.

The 29-year-old Spain international spent two difficult seasons in west London and struggled to adapt to English football after joining from Real Madrid in 2017.

He left Stamford Bridge to join Atletico Madrid, initially on loan, but was deemed surplus to requirements, with the La Liga side sending him out on loan to Juventus in both 2020-21 and 2021-22 before he returned to Spain for 2022-23.

It was at Juventus where Morata played alongside Ronaldo, and Italian football expert Rzouki feels the Spaniard would help get the best from the 37-year-old.

‘I feel like Alvaro Morata gets a lot of flak because he’s not the guy who is going to score a thousand goals for you,’ Rzouki told Sky Sports.

‘But he is sort of a tactical joker card. He can play off the striker, he can play on the wing – he’s happy to be the guy off the main guy.

‘He’s great as a support player. He can play in a number of different positions. He is someone, if you tell him instructions, he will work really hard for your team.

‘He has already shown that he has that connection with Ronaldo – they showed that at Juventus and they also played together at Real Madrid, but he was more of a substitute at the time.

‘He will help Ronaldo and he will work hard – he’s a player I enjoy watching a lot.’

The bad news for United is that Atletico Madrid boss Diego Simeone is keen to keep hold of Morata this summer, as per reports in Spain.

However, with his contract set to end next year, Atletico Madrid may still look to sell him if the price is right.

MORE : Man Utd must do two things or will finish in the bottom half, says Gary Neville