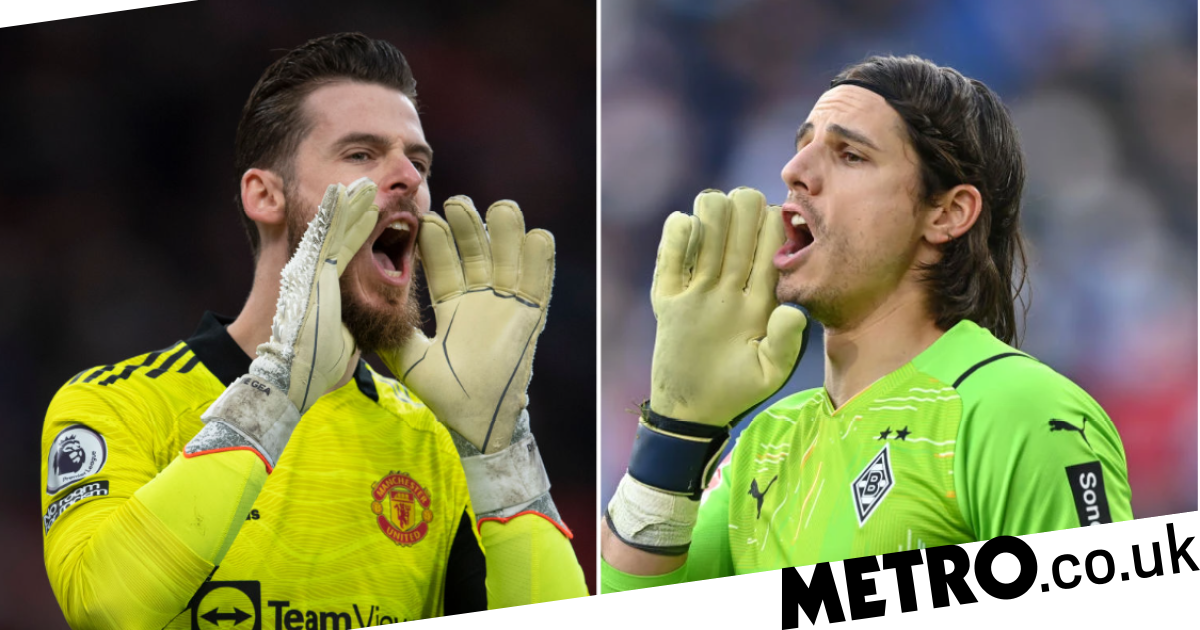 Borussia Monchengladbach goalkeeper Yann Sommer is flattered by Manchester United’s interest but has reservations about moving to Old Trafford, according to reports.

The Red Devils are believed to be looking to sign a new shot-stopper before the transfer window closes to provide cover and competition for David de Gea, who gave a shocking performance in the side’s recent 4-0 defeat to Brentford.

De Gea let a tame, long-range shot squirm through his hands for the first goal before a poor pass to Christian Eriksen saw Brentford swarm the Dane, winning the ball back in United’s box and doubling their lead.

The Spanish keeper’s display was so bad he requested to speak to the media afterwards and took ownership for the result, saying: ‘I cost three points for my team.’

Even before the heavy defeat to Brentford there were question marks over whether De Gea’s style – and his inability to play out from the back – was at odds with the football Erik ten Hag wants to play, with parallels drawn with Pep Guardiola’s decision to get rid of Joe Hart when he first took over at Manchester City.

Now there are growing rumours that United’s new manager is looking to bring in a goalkeeper to compete with De Gea – one who is more confident and capable with the ball at his feet.

According to Sky Germany, that has seen United sound out experienced Gladbach keeper Sommer about the possibility of moving to Old Trafford, with the 33-year-old only having one year left on his contract.

He is open to leaving the German club and had been in talks with Ligue 1 side Nice, though broke off negotiations and re-opened discussions with his current club about a contract extension.

The interest from United has provided a fresh dilemma, however, and Sommer is said to be ‘very flattered’ by the offer on the table from the Red Devils.

But he does not want to risk his chances of participating at the World Cup later this year so has serious reservations about joining United simply to act as a No.2 to De Gea with no assurances over first-team football.

He would likely start in the Europa League at the very least, but Sommer knows he needs to be the undisputed starter playing high-level football every week to be assured of the Swiss No.1 shirt in Qatar – particularly with compatriot Gregor Kobel impressing for Dortmund.

Sommer is, however, intrigued by the prospect of playing for United – and in the Premier League – and is still deciding on his options, with an extension with Gladbach also very tempting.

The former Basel man is not the only goalkeeper United are looking at, with the Red Devils drawing up a three-man shortlist that also includes Leeds’ Illan Meslier – though that deal seems highly unlikely with the Frenchman considered untouchable by his club at this stage of the window.

Chelsea, Man Utd and Inter players are said to be on Leicester radar as a major shuffle could be happening in January

Report: Tottenham keen on signing £51m 'superstar' in 2023 but Manchester United in the mix too