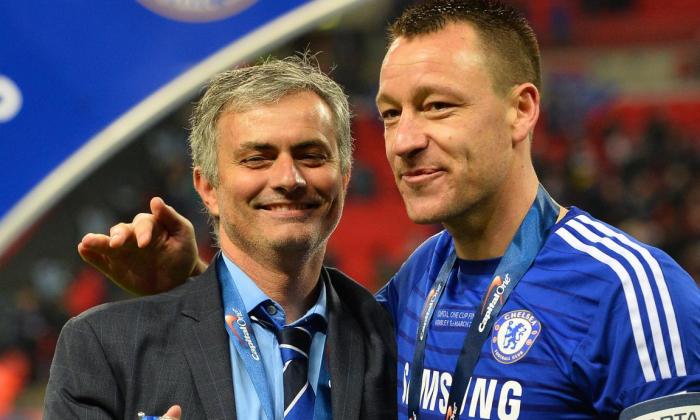 John Terry has revealed one of Jose Mourinho’s ingenious loopholes at Chelsea, and how he would want to ‘kill’ Tottenham. Terry starred under Mourinho during his two spells at Stamford Bridge, winning trophy after trophy as they took the London side to the top of the game. Terry and Mourinho dominated English football together And the former Blue is still amazed by some of his old coaches tricksbeIN sports Mourinho became one of football’s elite coaches with various different methods, including an incredible defensive record that saw the Blues concede just 15 Premier League goals in his debut season. He was also a master at dealing with the media and opposition managers as he continually provoked headline mind-games. Roma boss Mourinho was, and still is, known for the pressure he can exert on referees, and Terry has now revealed one trick that left an official checking his rule book. Asked what Mourinho wanted more than anything else, Terry said: “Just to win. Simple. Didn’t care how, would do anything to get a small advantage or anything. “I remember, the rule was if you were one up and the ball got delivered into the box and two defenders went up together and both went down on the floor after you both didn’t have to go off the field of play. “So last ten or 15 minutes when this happened he used to sit me and Gary Cahill down and say ‘when the ball comes in the box make sure you both go down so kind of bump into each other and both go down as you can’t come off’. Cahill and Terry would both have to hit the deck at the same time Most read in Football ron-call Ronaldo's sister says Portugal boss Santos 'humiliated' her benched brother denied Ronaldo responds to Al-Nassr reports as ex-Man United star told future looks bleak hang back Silva runs back onto pitch as Portugal celebrate opening goal against Switzerland exit Ronaldo first down tunnel as Portugal teammates celebrate emphatic World Cup win benched Cristiano Ronaldo dropped for Portugal's last-16 World Cup clash with Switzerland missing Mbappe absent from France training as France prepare for England clash “We’re going ‘we’ve never heard of that rule ever’ so the ball comes over, we’re winning 1-0, last ten minutes, head it away, Gaz goes down and I’m like ‘I best go down’ so I dropped to the floor and get up and the ref says ‘you two off the pitch’ and I’m going ‘no that’s not the rule, check with the linesman’ ‘yeah you’re right, you both stay on’ “Mourinho was so far ahead with those little bits and you’re talking small margins and the best managers find those little small margins. Incredible.” That defensive solidity that was epitomised by Terry and Cahill’s partnership, with Mourinho not known for attacking football until his Real Madrid side broke the scoring record in LaLiga in 2012. Mourinho went on to managed Spurs, but he used to hate themAFP However, there were the odd exceptions at Chelsea, as Terry revealed. “[We] didn’t need it [to score lots of goals], but there were times when we played where he would demand it,” the former centre-back said. “If we were two or three up at half-time he would demand certain teams, Spurs being one of them, he’s say ‘go and kill them, go and make them suffer today, make if five, six, seven, eight, make them really suffer, let them know that Chelsea are here’. “Still as players on the pitch we were going ‘no we’ll take this’ I was on a clean sheet bonus so I’m fine!” talkSPORT World Cup 2022 Coverage talkSPORT is bringing you wall-to-wall coverage of the 2022 World Cup. We are broadcasting all 64 games in the tournament live, with over 600 hours of coverage across our network. You can tune in to talkSPORT and talkSPORT 2 via our free online streaming service at talkSPORT.com. talkSPORT is widely available across the UK via DAB digital radio and on 1089 or 1053 AM. You can also download the talkSPORT app, or ask your smart speaker to play talkSPORT.