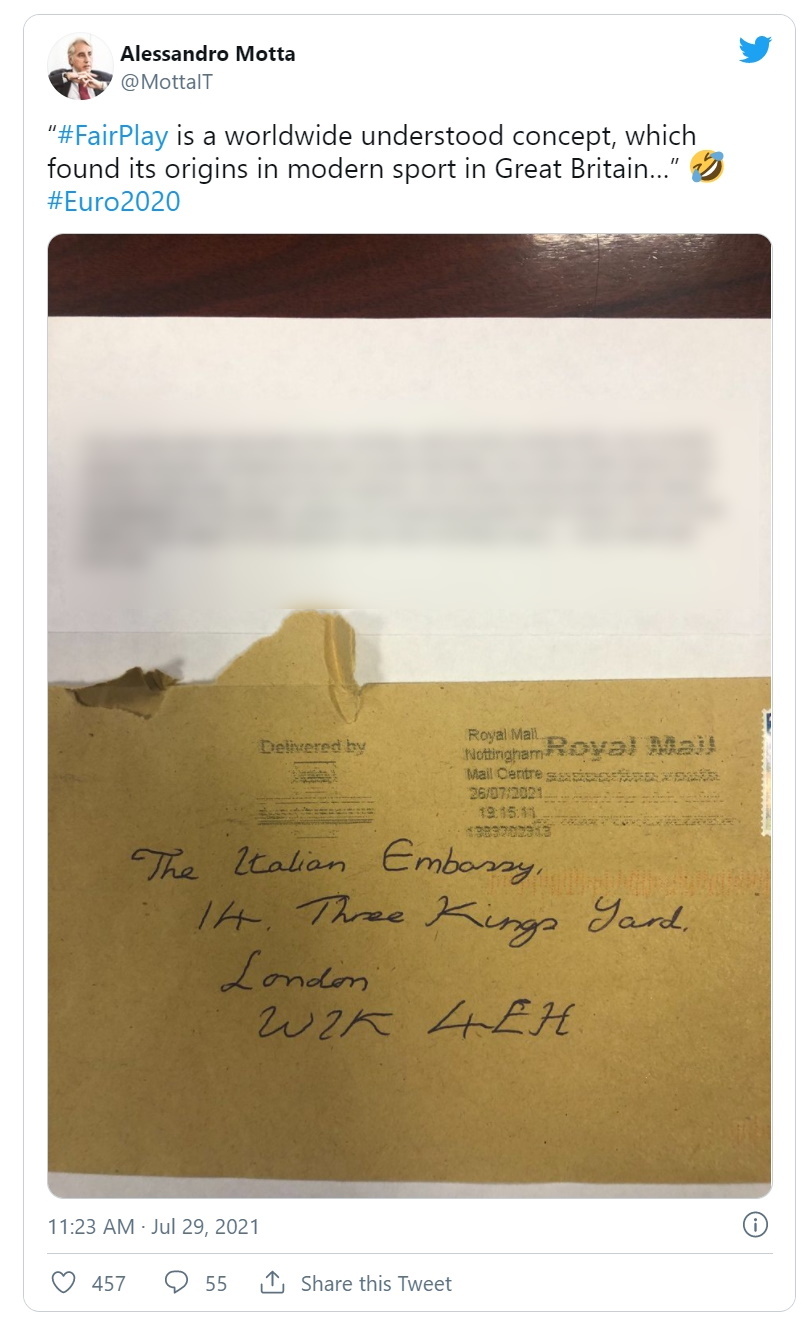 Some England fans seemingly did not take their UEFA EURO 2020 Final defeat to Italy very well, sending an expletive-filled letter to the Italian Embassy in London. The Azzurri recovered from an early Luke Shaw goal thanks to Leonardo Bonucci, before winning the trophy on penalties at Wembley Stadium. Seeing Giorgio Chiellini and his teammates […]

Abdallah Sima to Brighton: The best African deal of the transfer window?

Milito blames Lukaku, reveals he was close to Real Madrid

Messi's Champions League debut for PSG - How to watch Club Brugge vs PSG in India?