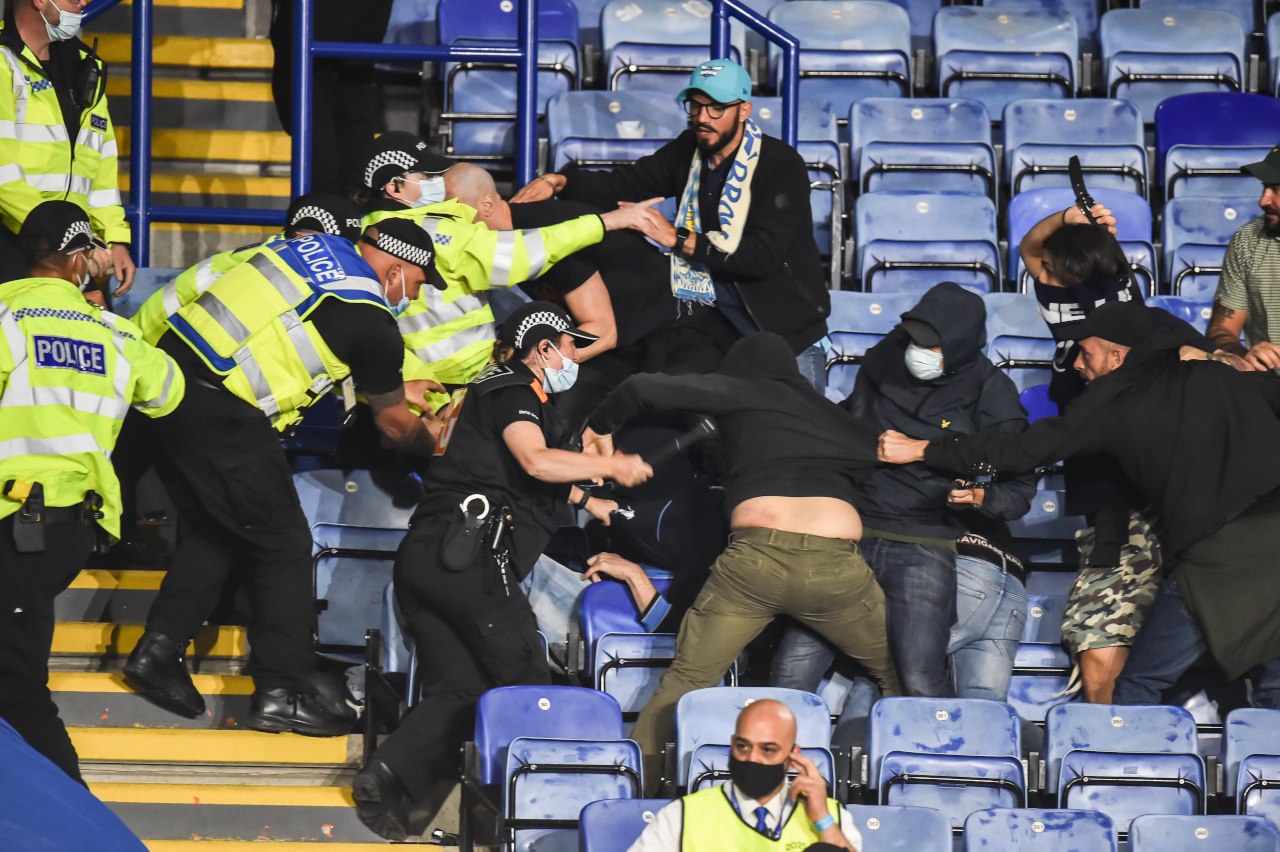 There were clashes between Napoli ultras and Leicester City fans before and after the 2-2 Europa League draw. Simone Guadagno of CalcioNapoli24 shared video of the ugly scenes as supporters had running battles in the street outside De Montfort University before kick-off. They were seen using belts and chairs as makeshift weapons. Europa League | […]

'Nightmare at Old Trafford' - What are the top 10 worst defeats of Cristiano Ronaldo's career?

Zinedine Zidane's final club game - Who were his teammates and where are they now?