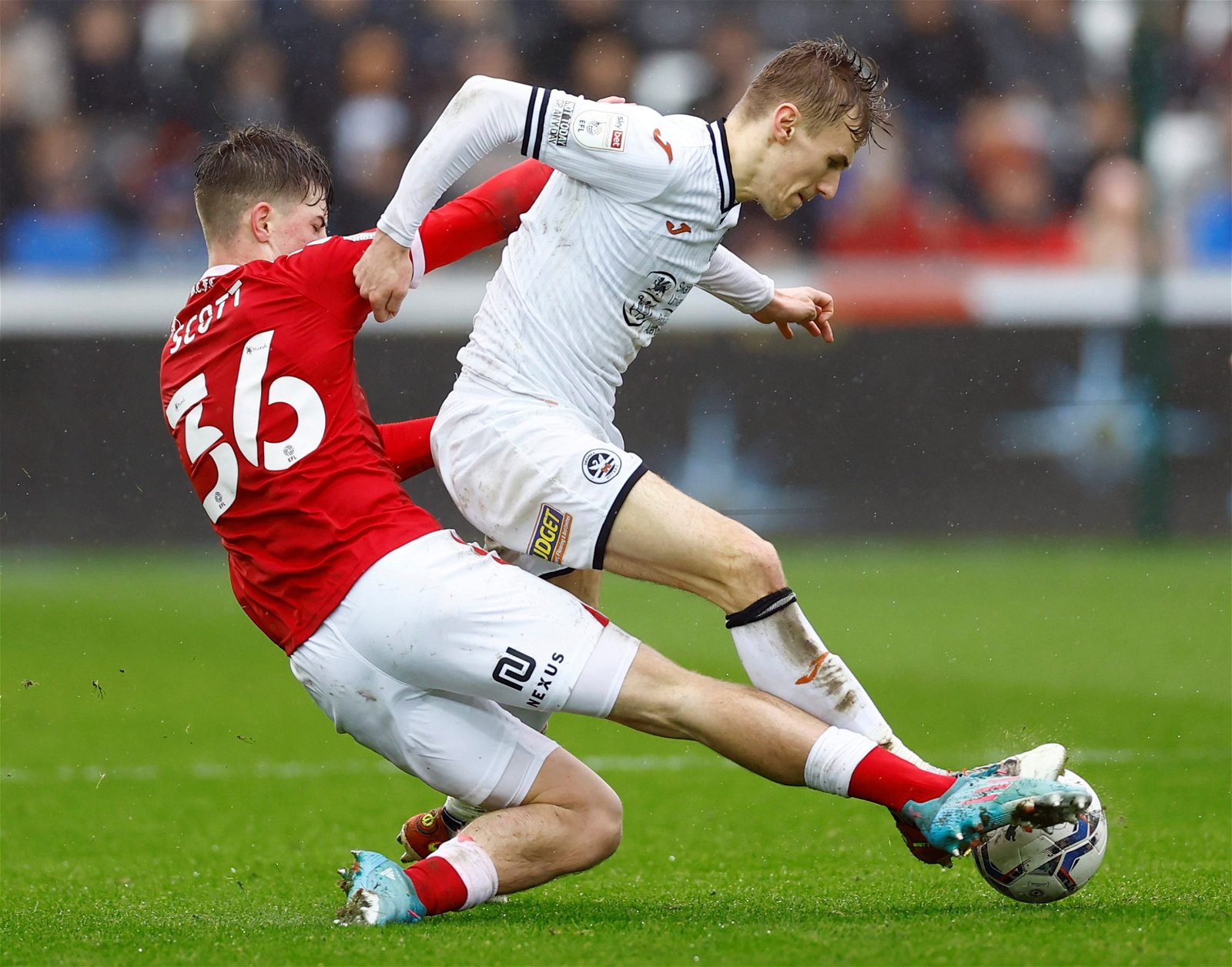 FIFA 23’s full release is now upon an eager gaming community. Here, we take a look at the Championship’s top 10 highest potential youngsters aged 21 or under in the game. 10. Andrew Omobamidele, Norwich City – 82 20-year-old Omobamidele is a five-cap Republic of Ireland international and he’s been with the Canaries since signing from hometown club Leixlip United in the summer of 2018. His starting overall score is 70, but this can be improved to a respectable 82. His key attributes are 76 acceleration, 73 stand tackle and 80 strength. 9. Ian Maatsen, Burnley – 82 Maatsen is on loan at Burnley from Chelsea’s U23s. He comes highly-rated after success with Coventry City and in the Dutch youth set-up. His base card value is an overall 70 but his potential is a healthy 82. Key attributes for the young Dutchman are 82 pace, 81 agility and 74 aggression. 8. Tino Anjorin, Huddersfield Town – 82 Anjorin is another of Chelsea’s top youngsters on loan in the Championship after reuniting with Huddersfield Town. He starts FIFA 23 on a respectable 66 overall rating but has the potential to achieve an 82 overall rating. Some of his standout stats are 79 pace backed up by 82 sprint speed and 76 strength. 7. Hannibal Mejbri, Birmingham City – 84 Attacking midfielder Majbri is on loan at Birmingham City from Premier League giants Manchester United. The 19-year-old starts the game with a 64 overall rating but in Career Mode he has the potential to rise to an 84 rating. Notable attributes include 70 pace – with 72 acceleration, 76 agility and 74 aggression. 6. Liam Delap, Stoke City – 84 Yet another loan player boasting a high potential is Stoke City’s Delap. In doing so, he links up with his father at the club. The goal-rich youngster has key attributes of 71 pace with 75 sprint speed and 89 physical with a 76 strength rating. 5. Edouard Michut, Sunderland – 84 Youngster Michut is on loan at the Stadium of Light from French giants Paris Saint-Germain. He’s been with PSG since being snapped up from Versaille in 2016. The 19-year-old Frenchman starts FIFA 23 with a decent 66 overall rating but his potential ceiling is an 84. He possesses key attributes such as 71 dribbling overall, backed up with 78 balance and 71 ball control. 4. Joao Pedro, Watford – 84 Brazilian striker Pedro is the third Watford man in the top 10 potential players in FIFA 23. The 21-year-old has been with the Hornets since January 2020. He starts the game with a more than decent 71 overall rating with the potential to rise to 84 overall. Important attributes he possesses are 74 dribbling overall with 80 agility and 77 pace. 3. Charlie Patino, Blackpool – 85 Arsenal prodigy Patino is on loan at Blackpool for the season and is making his mark in the Championship. The 18-year-old starts on a 64 overall and has the potential to rise to an 85 rating. Key attributes include 64 pace, 71 acceleration and 70 agility. 2. Amad Diallo, Sunderland – 85 Amad Diallo is on loan with the Wearsiders from Manchester United. He’s been with the Red Devils after they signed him from Serie A side Atalanta. His starting overall in FIFA 23 is a 69 with the potential to rise to an 85 overall in Career Mode. He has four-star rated skills and has a 75 overall dribbling attribute with 88 agility and 85 balance. 1. Alex Scott, Bristol City – 87 Teen midfielder Scott starts the game on a 64 overall but he has the potential to rise to a staggering 87 rating in Career Mode. The youngster has been with the Robins since signing from FC Guernsey in 2020. Some of his standout attributes are 84 agility, 83 balance and 75 acceleration. The post Revealed: The highest potential Championship youngsters on FIFA 23 career mode including Watford and Sunderland stars appeared first on The72.

‘Could be a tough watch’ – Stoke City v Cardiff City prediction: The72