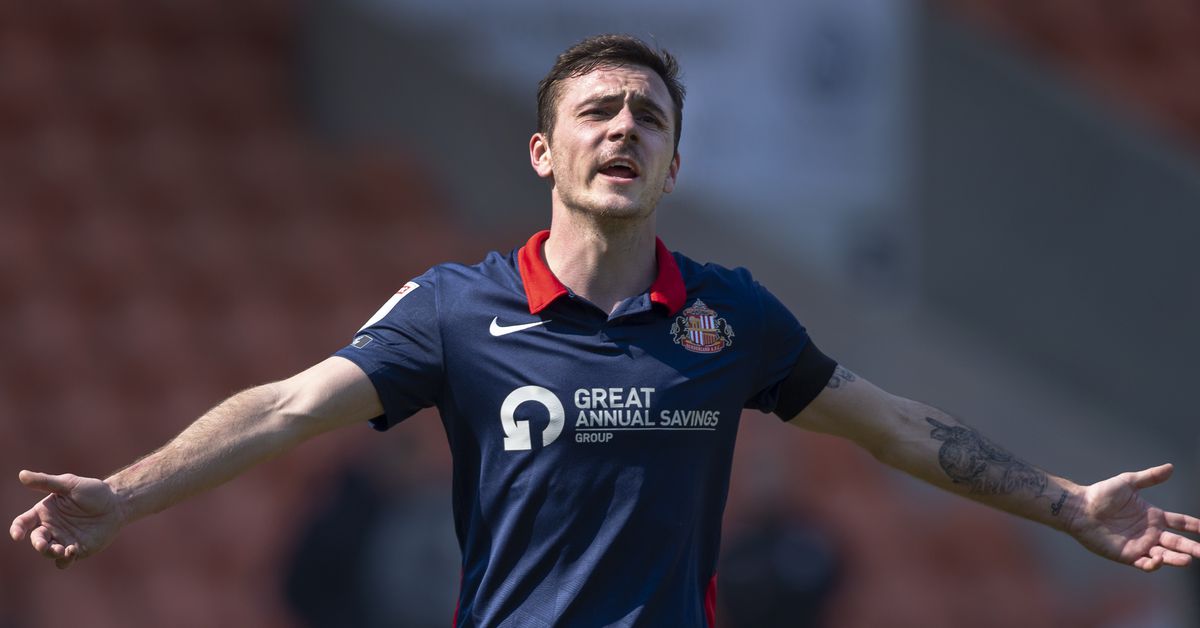 2 Up, 2 Down: What are the positives and negatives from Sunderland’s third straight defeat?

Photo by Joe Prior/Visionhaus/Getty Images We once again discuss the ups and downs after a Sunderland fixture, but this time it’s a third straight defeat in League One - let us know what you think! Kelvin Beattie says... Two Up! Didn’t get what we deserved... We did not deserve to lose the game today. We played some controlled and at times accurate offensive football without getting the little break or bounce that can make a difference. Leadbitter (error for their goal apart) played a very tidy game and Wright got a better 90 mins in as we head toward a tense end to the season. Time to get it right... There are 5 games left, which is time enough to gather this squad, find some form and push on through the play-offs and out of this numbing league. I remain confident that this can happen. We have the monkey off our back at Wembley though our Papa John Trophy win. We have experience of playing at Wembley this season and we have the experience of being losing finalist to drive us on. We have a new head coach, back room team and owner, all the “nuts and bolts” are there. I would rather we had the “problem” of rebuilding a squad for the Championship as “tinkering” with the existing squad for another season in League One. Keep the faith my fellow fans. Photo by Joe Prior/Visionhaus/Getty Images Two Down! Need to cement play-off place... One of the ups is one of downs after this result. Hull and Posh looked nailed on for automatic promotion. We are now in a situation where we need to cement a place in the play-off’s and take some winning form into these games. Baffling decisions... I have watched football and Sunderland for 55 years now and I am truly baffled by the decision to play McFadzean in front of Hume. There must be some good reason for this, if anyone finds out please let me know, because Hume is far and away a better left back than McFadzean and teams are playing to our left defence, anticipating error and opportunity. Photo by Ian Horrocks/Sunderland AFC via Getty Images Michael Dunne says... Two Up! Leadbitter... He led by example throughout and was a true leader. His composure on the ball was exquisite and he set the tempo for the entire team in the first half. One of the few positives to come out of the game was his performance. Wright stuff... The return of Bailey Wright is a welcome boost. Wright’s cool head and experience will be necessary over the next few as we hope to get back on the horse and string a few wins together again. His performance today was commanding and I thought it was noticeable how quiet Jerry Yates was today with him there. It’s just typical Sunderland that when one returns another goes and it’s unfortunate we probably won’t see a pairing of Sanderson and Wright. Photo by Simon Marper/PA Images via Getty Images Two Down! On-loan form... I think we are starting to see why Jordan Jones is now playing in League One with us and not in Europe and winning Scottish titles. Make no bones about it, Jones is a fantastic footballer and blessed with immense natural ability. However, he is far too inconsistent. His crossing today was quite poor for most of the game and it is causing issues for us considering our main goal threat is hitting the head of Charlie Wyke with crosses. Jones’ recent form is disappointing as it seems to correspond with our poor form. Hopefully he can pick it up the next few weeks. Manager proving a myth...? Is streaky Lee Johnson actually a thing? The wrong sort of a streak is happening at the worst time possible. Johnson needs to break this duck soon. As we enter the final few weeks of the season and the likely play offs, Sunderland need to rebuild momentum. It would be a travesty to enter the play offs on the back of the worst run of form. Momentum is key between now and the end of the season and it’s imperative to ensure it’s the correct sort of momentum. Photo by Lewis Storey/Getty Images Joseph Tulip says... Two Up! Better... Overall a better performance than the previous two defeats. We didn’t create enough in the first half but showed promising signs with some neat possession football. After the break we give it a real go and had McGeady’s piece of magic gone in, it could have been a different story. Performance to build on... The top two might be out of reach, but it’s vital that we end the season in good form as we look to the play offs. I saw enough yesterday in terms of possession, passing and movement, as well as commitment and confidence throughout the team to suggest we’re not done yet this season. Photo by Ian Horrocks/Sunderland AFC via Getty Images So close... Two Down! Final ball... Max Power did his best to get forward but too many of his balls into the box hit the first man and this could also be said for Jordan Jones. Not enough of our midfielders are as used as they should be to scoring regularly and Josh Scowen should have taken at least one of the chances that came his way. Throughout the season we should have scored more and there is still a need for us to improve in terms of crossing and finishing. We lack creativity so where’s Maguire...? Lee Johnson has rightly earned many plaudits this season but his reluctance to use Chris Maguire, even from the bench, is a real concern which could even end up costing us promotion. If ever a game needed a man of his ability to score, create, deliver deadly set pieces and generally galvanise our overall performance with a bit of spark, it was this one. Photo by Stu Forster/Getty Images

How Chelsea could line up against Manchester City