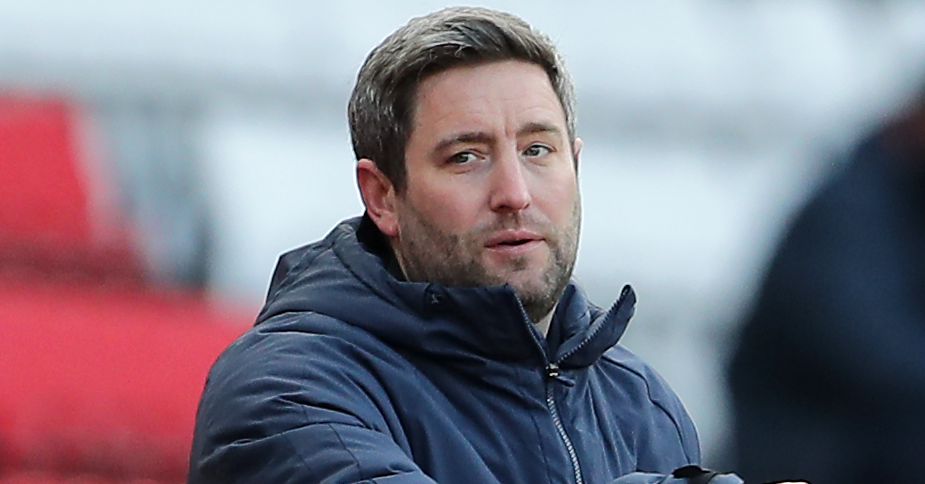 Fan Letters: “How much can we really criticise Johnson when this is someone else’s squad?”

Photo by Richard Sellers/PA Images via Getty Images We’re all a bit down in the dumps having lost our last three, but isn’t it important to have some perspective, and think long term? Our readers give their thoughts on Sunderland’s current situation... email us: RokerReport@Yahoo.co.uk Dear Roker Report, You mention that Grant Leadbitter was our best player on Saturday, but that does not alter the fact that his horrendous mistake cost us the goal. What he was thinking about when he played the ball out to their man on the wing? Only he knows, but we all know it was the reason for the goal. Burge has been taking a hammering but Wright and Simms were right in front of him, and the ball appeared to deflect off one of them. Stuart Lathan Ed’s Note [Gav]: You’re quite right, it was Leadbitter’s mistake that led to the goal. I’m not sure whose opinion on the game you’re referring to, but my take for what it’s worth is that in the first half Leadbitter was the best player on the park. It was slim pickings though - you could maybe argue McGeady was our best player since he came closest to scoring and create some fabulous chances for others that we never took advantage of. Photo by Joe Prior/Visionhaus/Getty Images Dear Roker Report, Having watched most of the games this season I’m left perplexed by our managers team selections and formations. A friend, who is a Bristol City fan warned me that ‘you’ll win ten or so games and then he will mess with selection and/or formation. I’m afraid he was spot on. One of the main issues over the last three or four games has been central midfield. Do we play two or three, do we play one or two holding players?Do we bring in young talent/new players or rely on the players who failed us so many times previously? But the big question for me is the omission of Winchester (a Johnson buy). Here is a player who is mobile, can pass, carry the ball forward and tackle. Instead we see the boss turning to Grant Leadbitter, a great servant to the club and a decent man, who’s mobility is limited, his dead ball kicks are atrocious and his longer range passing poor. The Blackpool game needed us to move the ball quickly to the wings and to the forwards. This did not happen, passes over hit and very slow build up allowed Blackpool to set themselves up defensively. Much has been made of the errors in defence, but the problem is we do not have enough shots on target. It’s not unreasonable to think we should be scoring two or three goals a game. To conclude, much was made by Johnson and KLD of using young players from the under 23’s. That certainly hasn’t been the case. Players such as Younger, Neil and Hawkes must be wondering what they have to do to break into a team that has had to deal with so many injuries. Whatever happens, I will be there next season, shouting the lads on, hoping for some success as we move forward under the new owners. Colin Whisker Ed’s Note [Gav]: I’ll be honest, I’m struggling to properly critique Johnson given he’s handling a squad largely made up of players he didn’t sign. He’s had one transfer window mid-season to make a handful of changes, and given the position he took us from, finishing around 3rd place and in the play-offs is probably about right, and a good job done. That doesn’t mean I’m satisfied with the way we’ve blown our automatic promotion chances, far from it, but this is a long term project and we can’t throw our toys out of the pram because we’ve shown the first signs of faltering. The season isn’t over and I just hope we continue to back the manager and the team until the season is over, and our fate is sealed. Photo by Ian Horrocks/Sunderland AFC via Getty Images Dear Roker Report, Chris from the Podcast was spot on about how we didn’t even play that differently to how we have played in most games recently. I said the same to my dad watching the game, we didn’t play poorly, we played pretty well and with a bit of luck that shot by Geads goes in and it’s a different result. You win some, you lose some. Sadly for us though we’ve hit a bit of bad luck at the worst possible time. All I wish for now is for the rokerites to get back to winning ways and get promoted, if that means the play offs then we shouldn’t fear it. BobTheMackem Ed’s Note [Gav]: Absolutely, Bob, that’s what I just touched on in the last letter. It’s really hard to remain level-headed when you’ve just lost three games, and I get it, but I hope we can collectively think of the bigger picture. Photo by Joe Prior/Visionhaus/Getty Images Dear Roker Report, Same old Sunderland, let you down every time. We’re a non-league team apart from McGeady. The goalkeeper Burge is hopeless. Let’s hope and pray there’s a miracle and we get through the playoffs, but I’m not banking on that - we can’t score and can’t defend. I’m lost for words and just praying. Stephen Purcell Ed’s Note [Gav]: Bit over the top, mate. We’re not that bad.