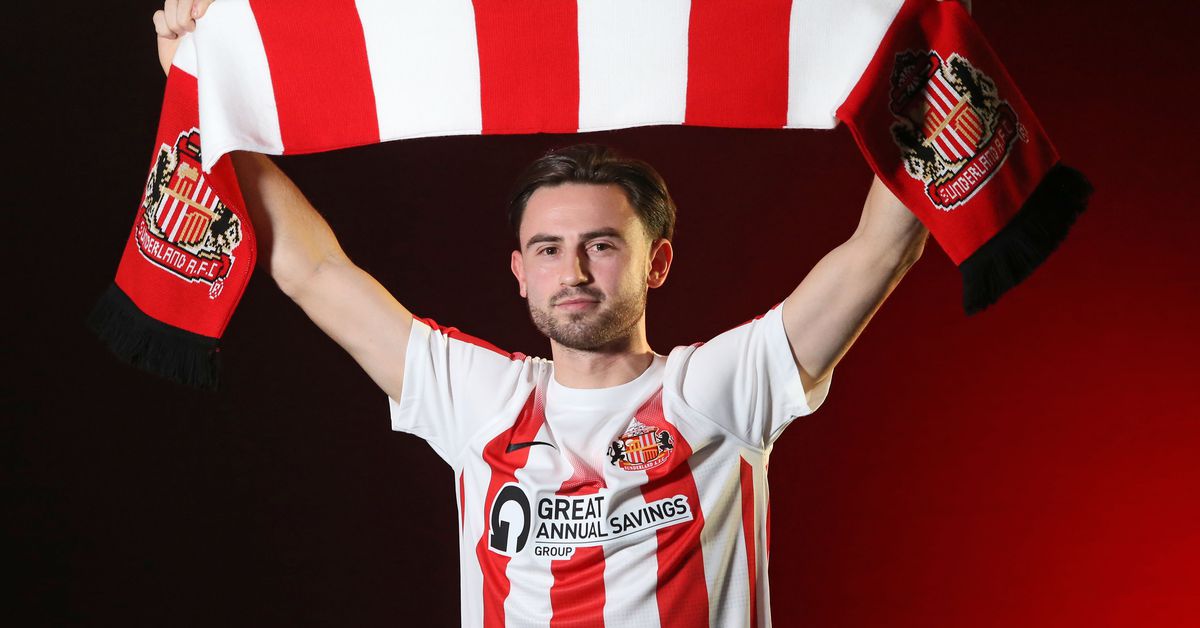 Is Patrick Roberts any good? Man City fan gives us the lowdown on Sunderland’s latest signing

Photo by Ian Horrocks/Sunderland AFC via Getty Images Is Patrick Roberts any good? We don’t know, so we picked the brains of Manchester City fan Pete Cummings from top Citizens fanzine Bitter & Blue to get the lowdown on Sunderland’s newest signing. RR: Patrick Roberts, then - is he any good? Pete: He signed from Fulham in 2015 and was a bit of a surprise signing. We hadn’t really heard of him, but Manuel Pellegrini must have seen something in him to spend the rumoured £12m. He made his Fulham debut against us and maybe Pellegrini spotted a talent emerging. He made a name for himself in Scotland though. RR: What do you remember about him signing and how that was judged at the time? Pete: It was bizarre. We’d just signed Raheem Sterling and Fabien Delph, then this guy from Fulham who we knew next to nothing about. I thought he’d figure in the League and FA Cup ties as a way of squad rotation, you know like the big teams do (we’re constantly told we’re not a big team so I’m going with that). Sadly, he turned into another Scott Sinclair and barely featured and I don’t think that was his fault. Not long after he was signed, we brought in Nicolas Otamendi and Kevin de Bruyne, so along with the other two, his signing was completely overshadowed. RR: Despite the huge outlay, Roberts has had to go out on loan throughout his time at the club. Has there ever been a point where people felt he might figure into Pep’s plans? Pete: It’s sad to say but I don’t think so. I like to think there was always a chance for him, but with players like Phil Foden, Cole Palmer and other academy players coming through, it was clear his time at City was limited. It’s sad really as it’s like he’s just lost some of his career. Photo by Ian Horrocks/Sunderland AFC via Getty Images RR: Are you disappointed to lose him for next to nothing given how much he cost? Pete: No, I’d rather him play regularly than get a fee for him. I think after being sent out on loan season after season, he deserves a permanent club and hope he does well. RR: Let’s talk about him as a player then. What sort of player is he? Pete: It’s difficult to say as we never really got to see him play, but he’s got an eye for goal despite him being a winger. He did quite well at Celtic, knocking in 20 goals in 55 appearances. RR: What are his biggest strengths & weaknesses? Pete: He can play up front or on the wing and that is a huge asset. Not sure on weaknesses as again, we never saw him play. He’s a Liverpool fan though, does that count? Photo by Ian Horrocks/Sunderland AFC via Getty Images RR: Do you think he’s got what it takes to light up League One? We’ve shown this season with the signing of Alex Pritchard that we can rehabilitate the careers of players who didn’t quite live up to expectations after achieving big money moves as youngsters… Pete: He’s got a wealth of experience both here and abroad. 3 seasons at Celtic will stand him in good stead. Personally, I think he’ll do very well. RR: There’s a suggestion that Man City could receive a kick back down the line if he does well - how confident are you that Roberts, only aged 24 remember, can move forward from here and potentially even play in the Premier League again? Pete: With his experience, he’s got the potential to reignite his career. It’s happened time and again with Premier League clubs taking good players then doing nothing with them, only for them to reinvent themselves at another club. I hope Roberts and Sunderland are back in the Premier League before long. And if that happens, you just know he’ll score against us. RR: Finally - for anyone who isn’t sure about this particular signing, what would you say to them? Pete: Have a little faith. If he’s given game time I think he’ll deliver. He might just be able to provide that spark that other teams don’t have. And as long as Sunderland get above Wigan that’ll do for me. I know, it was 9 years ago but I still shudder when I see their name.