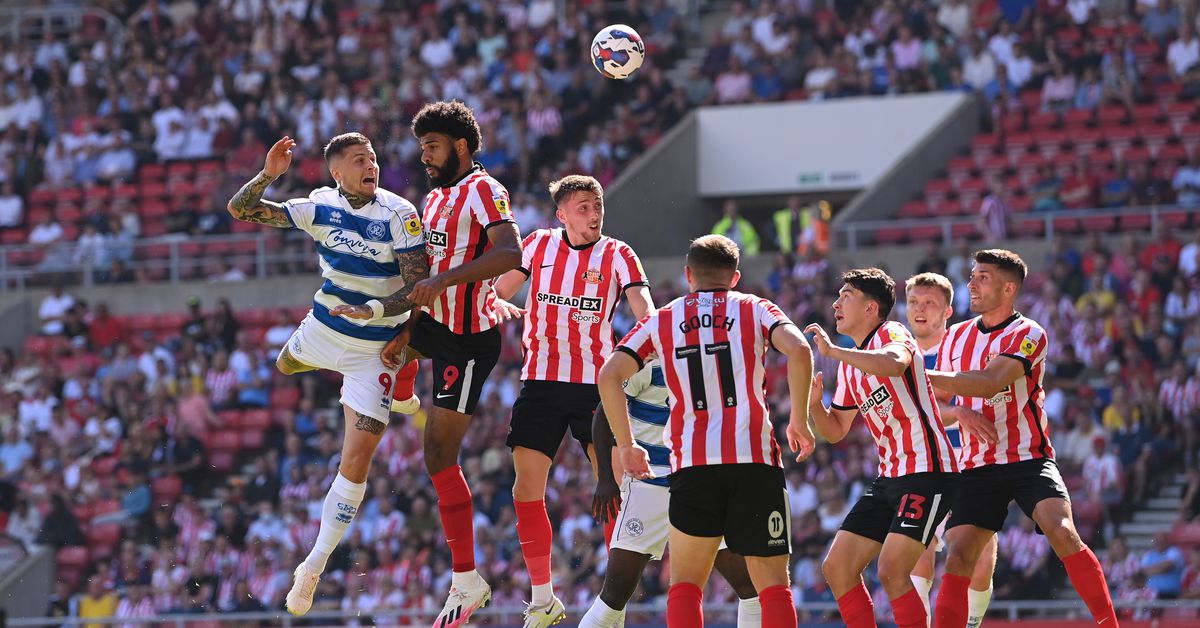 Can Sunderland get anything playing away at the Blades, after dropping two points very late at home to QPR? Here are the first set of midweek predictions this season from the RR team.

Last time around - QPR at home

As was the case in the last round, Bomber managed to get on the scoreboard given that we eventually only shared the spoils with QPR at home. He was the only Rokerite to correctly call a draw (though he got the score incorrect).

Everyone else in the Predictions team correctly called that we would score 2 goals, which is arguably worth something, but sadly isn’t a factor of our forecasting which attracts any reward within the Predictions rules.

Matthew and Will also pick up points for correctly calling that Ross Stewart would open the scoring for the lads. While this will be scant emotional compensation for the 2 points we were sadly robbed of in the 93rd minute, they will welcome the added point in this slightly less significant league table. More respite than all those fans got...

The top 3 all extended their lead from the lower bunch, but we had another match day where nobody got it bang on. Just one correct score with the right goal scorer and any of the bottom 3 are joint second though. Nowt in it really.

How the points are awarded...

Just a quick reminder on how we allocate points to our match-by-match predictions:

While the 2-2 draw at the death on Saturday was a major blow, it can also be a major motivator to inspire the lads to get out there and make up for what happened. The fact they can put things right only 4 days later may well be a blessing.

The Blades have a full set of results after 3 games, with a draw at Boro, a loss at Watford and a home win against Millwall. In the latter, they were 2 up inside 25 minutes, and they limited the visitors to a single shot on target. It should have been 3, if not for a missed spot kick.

Millwall don’t have the 2022 “SAS” though, so I am backing us to get back to winning habits. I am probably miles off, but if we are going to do well in this league we need to treat every disappointment as a lesson, and question every win to see how we could have done better too. With bad days where we share the points, we learn and make up for it.

I’m calling for Ellis to score, and the lads to take another away win from a tight game in Sheffield.

I’d like to think we could snatch something tonight, but with our toughest opponent so far, I see our first defeat coming.

Sheffield United were play-off shootout victims last season (a pain we know all too well) to eventual winners Nottingham Forest.

For me they will be one of the frontrunners this season, and so I can’t say I’ll be too disheartened in defeat, provided we’re not embarrassed.

I predict a strong effort from the lads and another goal, but I see us leaving Steel City with our first L of the season.

Now before everyone jumps down my throat, I hate myself for predicting a defeat, but we ARE going to lose some games this season and I think this will be a game that brings us back to reality.

Playing in the Premier League as recently as 2 seasons ago, and having made the playoff semi-finals last year, I think we have too much catching up to do with teams like these currently.

A 2-0 home win over Millwall and a draw and being 8 minutes away from a win at the Riverside will be something the Blades will look to build on.

I just think mid-week, at Bramall Lane, after a tough game Saturday and losing Ballard stacks things against us.

I’ll be the first to bite someone’s hand off for a point or three, but sadly this is one that I can’t see us getting anything from.

Another day, another test – and this will be our biggest test of the season so far. There’ll be a good crowd at Bramall Lane, and we’ll need to stand up to some serious pressure.

Dan Ballard’s not going to be fit for this one, and his absence will be huge. But, I think we’ve shown good spirit so far, as well as a good level of play, and I think we can avoid defeat here.

1-1, with Pritchard netting a free-kick equaliser.

Can we go 4 unbeaten on the bounce?

Back we go to the Steel city on the lookout for another 3 points.

No additions and the loss of Ballard is going to mean changes will be required from Alex Neil which he has been reluctant to do as yet.

I feel we may go about this game the same way, take the lead in the opening 20 minutes, and due to the lack of correct personnel changes (due to lack of squad depth) we concede late on to lose another 2 points.

We have the ability to take anyone on this season, it’s just whether we can keep up for the full 90.

This feels like our first big test of the season.

Sheff United are a team I’d expect to be sniffing out a Playoff place, at a minimum, and it’ll be a tough game.

They have a strong squad, with plenty of experience and ability, and we need to tighten the gaps we have seen exploited against Bristol City and QPR. The loss of Dan Ballard could prove costly, and Alex Neil will need to be smart with his replacement.

We’re clearly capable in an attacking sense, and the team has great spirit. I think the QPR game is possibly the first time Alex Neil has made some mistakes tactically and I hope he has learned from for this one.

A point away at strong opposition will be a good result, and one I think we can muster if we step up.