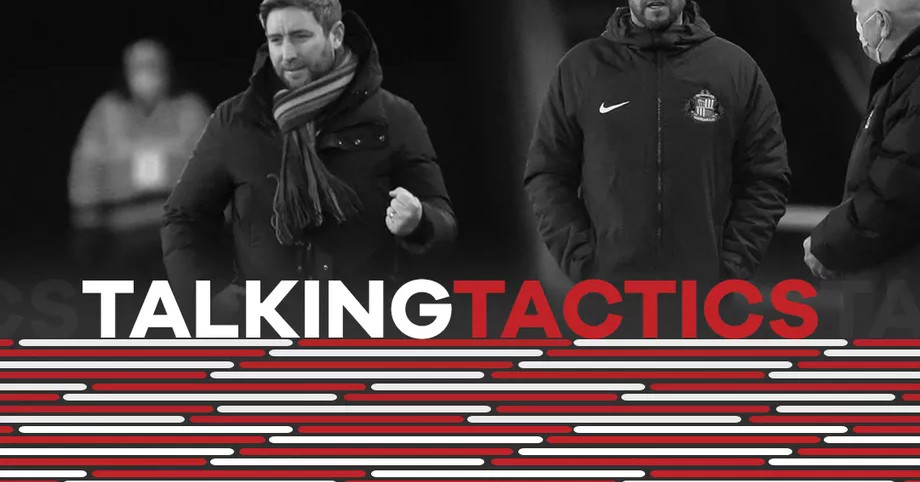 Talking Tactics: Looking deeper at the stats - how can Sunderland improve their game management?

Danny Roberts | Roker Report The numbers from Sunderland’s loss at Blackpool are similar to the numbers from games we played during our unbeaten run, but why are we losing now? After a rise up the table in February and March, Sunderland found 3rd place the summit of their league one campaign. Now with five games left in the season, Sunderland is looking over their shoulders at the playoff pack. xG Sunderland’s xG here is not so bad. What really annoys me though is that when Blackpool scored, our xG is around 0.4. So in the final 30 minutes, we create enough to score ONE goal by the xG ratio. Regardless of Blackpool scoring, we aren’t going to win games without scoring, and that is a huge problem for Lee Johnson. Sunderland were less clinical than in other games - for proof I have attached 3 other games at random for xG to show that we are not scoring chances we previously have. Shots I believe a lot of Sunderland’s problems is to do with game management. Below are the shots before Blackpool scored (58th minute) and after. Sunderland are averaging around a shot nearly every 10 minutes before conceding - after we concede, this changes massively to a shot every 4-5 minutes. Going behind and making subs have an impact but that’s a one-trick pony that is no longer working. We can’t rely on going 1-0 behind to kick into gear. Goals win games, and the xG/Shots map prove that we are not doing enough until we are losing, and teams can sit behind the ball and defend more as they have something to hold onto. Passing Maps I don’t see anything different from the usual - McGeady likes to come inside and from the first 64 minutes, and Wyke only had any passing activity with McGeady. Jordan Jones likes to play high up the pitch - maybe we should try playing him off Wyke, as he’s already forward. Passing Networks and Player Average Location I measured Aiden O’Brien making 19 passes in 75 minutes of football. Considering we had 66.5% of possession, O’Brien barely got a kick in the game. Johnson did sub off O’Brien 17 minutes after conceding, and I think he should have come off earlier. Another player who didn’t impress me on the data was Jordan Jones, recording 25 passes (which includes set pieces) across 76 minutes of football. As shown on the passing networks, Jones plays very high up for a winger, and I believe he may be suited to playing off Wyke. It’s worth considering, as his performances on the wing lately has been questionable. Scowen on the data played a typical game for a midfielder, but what I noticed is how many backwards and sideways passes he makes. According to the data, Scowen made 56 successful passes and 66% are registered as backwards passes. You can’t always pass forward, but if you have a player making two in every three passes towards your own goal that is not good. To make things fairer, I have compared Scowen’s passes to Leadbitter’s. They both played in the centre of midfield and may have different roles, but ultimately passing is just as important to both of them. Leadbitter makes 39% successful passes registered backwards. Conclusions My feeling is that Sunderland are not doing anything massively different from in previous games when we started a great run of form. We were efficient by scoring and then defending well. Unfortunately, our defence has started to leak goals but it has been a makeshift effort and we are not going to keep clean sheets every game. Game management has been the issue all season for me. If you can do the basics right in League One you WILL end up towards the top of the league. Unfortunately, Sunderland have been error-prone lately, and not taking our chances has massively contributed towards our four-game winless streak. We travel to Hull who could secure promotion midweek and the least the players can do is beat Hull, prevent their promotion party and get back to winning football games. It feels like a big ask now, but stranger things have happened.