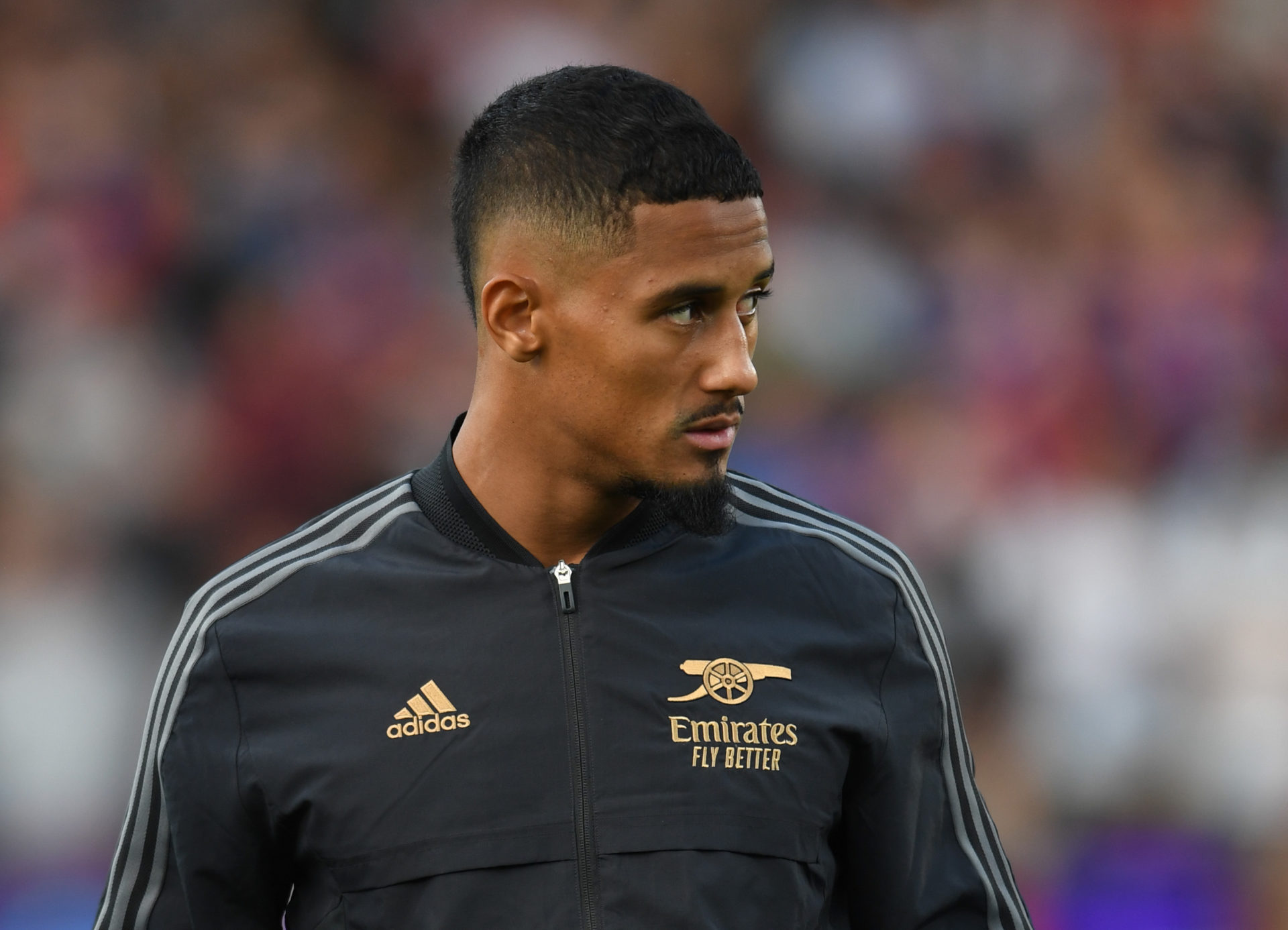 Photo by John Phillips/Getty Images TalkSPORT pundit Jamie O’Hara has issued a public apology to Arsenal defender William Saliba after previously writing him off. The 21-year-old French defender has been phenomenal for Mikel Arteta’s side in each of their two Premier League games so far this season. Saliba won the Man of the Match award against Crystal Palace on the opening day, and even though he scored an own-goal against Leicester City on Saturday, his overall performance was really good. Arsenal fans absolutely love Saliba, and it looks like O’Hara, who urged Arteta to ‘get rid of him’ just two weeks ago, is a big fan of him too now. ‘Something I’ve never seen in football’: Arteta stunned by what happened with William Saliba vs Leicester Jamie O’Hara apologises to Arsenal defender William Saliba Tottenham-supporting pundit O’Hara rarely ever has positive things to say about Arsenal, but he lavished praise on young Saliba following his performances for the Gunners. He said on talkSPORT: “I wasn’t sure of him because he’d gone out on loan, I hadn’t seen him play loads. I was thinking maybe he wasn’t up to scratch to play for this team. And I’ll apologise, I absolutely got that wrong. “He is the real deal, what a signing. “What a player he is and I know that he’s young but he could be sensational. He’s still got things to work on, like his positioning, but he looks really, really good.” Photo by David Price/Arsenal FC via Getty Images TBR View: It’s not easy for a Tottenham fan to come and out and admit that he was wrong about an Arsenal player, but fair play to O’Hara. Saliba really has been magnificent for Arsenal. The 21-year-old looks like an excellent defender, is very calm under pressure and is fantastic with the ball at his feet. His defending in 1v1 situations has been absolutely phenomenal as well, and he could really push £50 million man Ben White out of the side very soon. Arsenal take on Bournemouth at the Emirates this weekend and Saliba is almost a guaranteed starter. Photo by David Price/Arsenal FC via Getty Images The post 'Absolutely got that wrong': Spurs-supporting pundit publicly apologises to 21-year-old Arsenal player appeared first on The Boot Room.