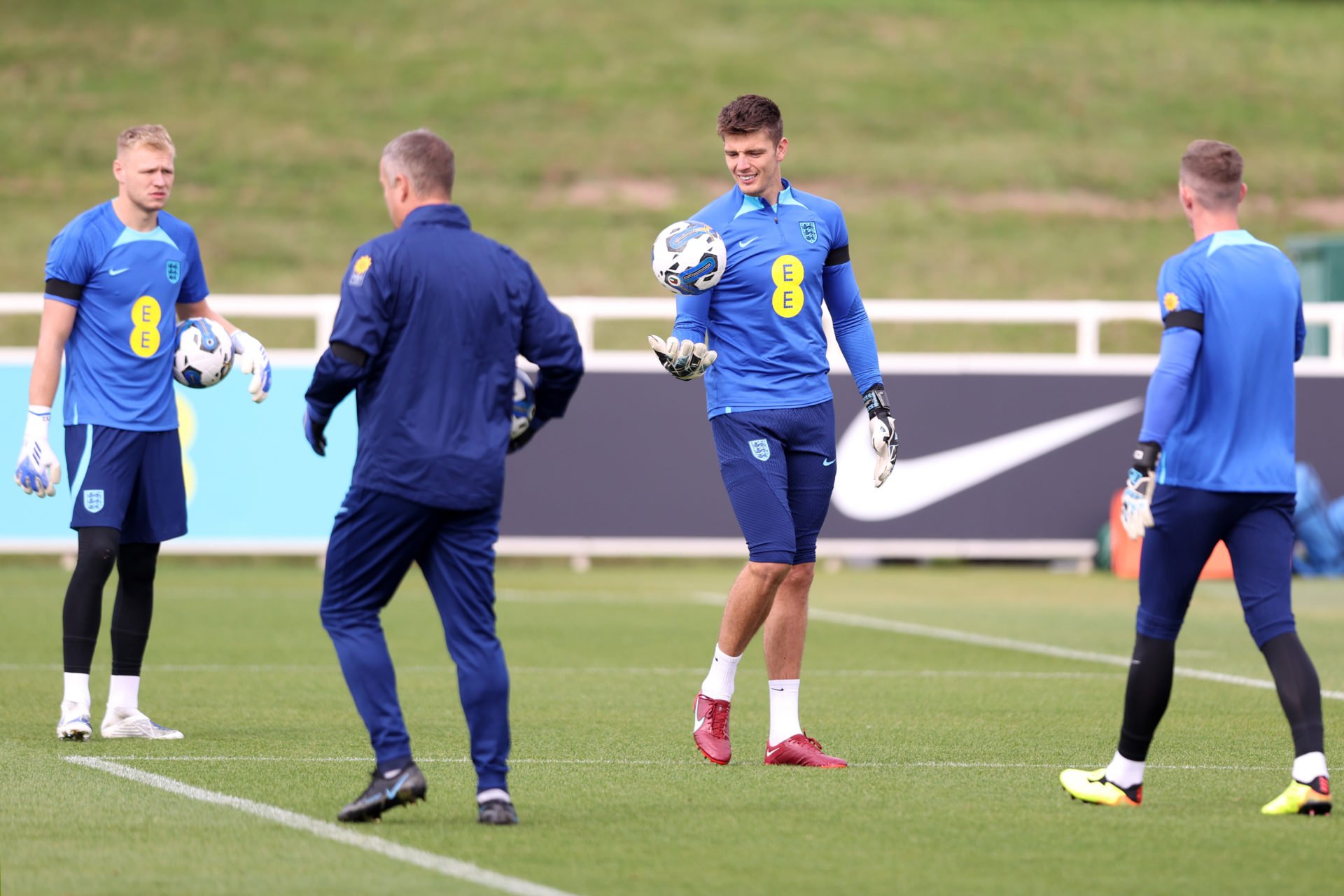 Stewart Robson has claimed that Newcastle United goalkeeper, Nick Pope, ‘doesn’t look comfortable with the ball at his feet’ for England, as he told ESPN.

The Arsenal legend was critical of Pope’s display as England suffered another morale-sapping defeat to Italy in the UEFA Nations League on Friday night.

From Harry Maguire to Kyle Walker to the man in the dugout in Gareth Southgate, everyone took hits for England’s latest display, which saw them relegated from their UEFA Nations League group.

With Jordan Pickford out injured and not part of the squad, Southgate had a big call to make as to who would fill in for the Everton player.

Aaron Ramsdale is going fine guns in the colours of Arsenal, whilst Dean Henderson is earning some much-needed regular minutes for Nottingham Forest, but it was Pope picked to start.

In truth, the £10 million Newcastle signing (Sky Sports) didn’t do anything wrong, but because it was a negative display from the Three Lions, everyone was taking hits for their performances and Pope was no different.

“Pope, the goalkeeper, to me, he won’t be in goal for the World Cup,” said Robson. “But he doesn’t look comfortable with the ball at his feet, which is a problem as well.”

This isn’t a case of Pope not being able to play out from the back, but the fact that he hasn’t been asked to do so for large parts of his career.

Playing from Burnley, under Sean Dyche, didn’t exactly see Pope trying to channel his inner Ederson, but now he’s at Newcastle, he’s been asked to do more of it.

And there’s no doubt, during this season, his ability to play out from the back will improve and, as a result, it will benefit his career on the international stage.

The only time Pope has been asked to play out from the back has been for England, and even then he has played in a sporadic fashion, so he shouldn’t be labelled with any tag yet.

The post Newcastle told their £10m player 'doesn't look comfortable with the ball' on national duty appeared first on HITC.