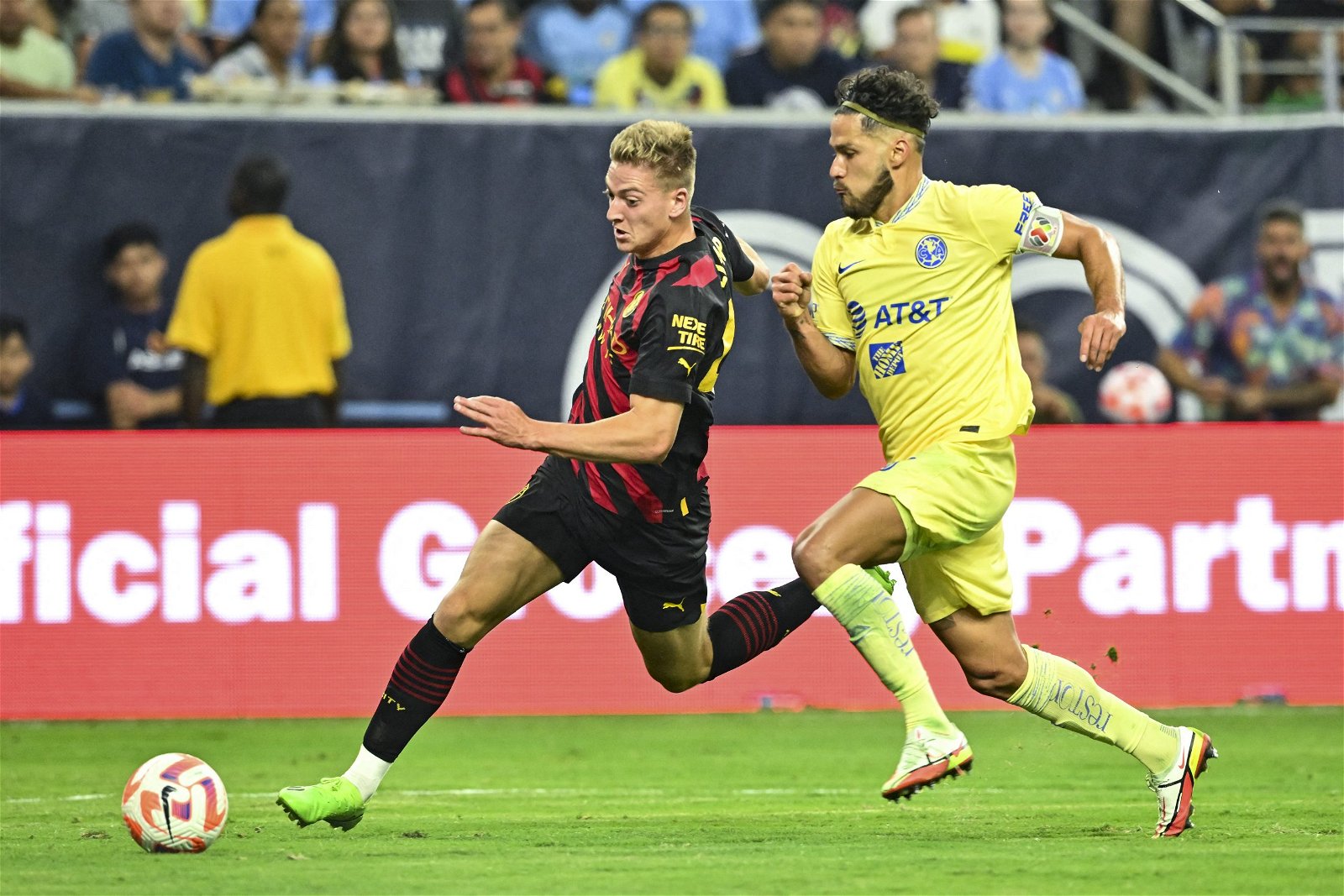 West Brom manager Steve Bruce has confirmed his side’s interest in Manchester City striker Liam Delap. Delap, 19, is set to receive his first proper taste of first-team football, with Pep Guardiola’s Manchester City prepared to loan the Englishman out this month. He’s been linked with a Championship move in the past, but right now, West Brom and Stoke City seem to be the two Championship sides being mentioned most – John Percy revealed last night that the Potters remains hopeful of sealing a loan deal for Delap. #Stoke transfer news – #Brentford winger Tariqe Fosu is set to sign on a season-long loan. Stoke are still hopeful of signing Man City striker Liam Delap on loan, despite competition from a number of other clubs including West Brom #scfc — John Percy (@JPercyTelegraph) August 15, 2022 And now, Bruce has addressed the rumours linking Delap with a loan move to The Hawthorns. After seeing Daryl Dike pick up another injury, Bruce looks to have been forced into the market for another striker – he told Express and Star when asked if he’s keen on Delap: “Who wouldn’t be? We’ll see. Me and everybody else too [are interested]. He’s an outstanding talent. We’ve got huge competition. “He’s a young player that everybody up and down the country would love to have in their team. “With anything like that, we’ve got to be patient. We’re doing our utmost. We’ll see what develops in the next couple of days. Hopefully when we get something, you’ll be the first to know.” Delap has been prolific for City’s U23 side in previous seasons, having scored an incredible 24 goals in 20 Premier League 2 outings during the 2020/21 campaign. He made his Premier League debut for Manchester City in the 2020/21 season as well, making another top flight appearance last season. Can Bruce win the race to sign Delap? With Dike out injured, and Bruce suggesting that Karlan Grant’s best position is out on the left in his recent interview with Express and Star, there could be a regular starting spot up top at The Hawthorns. City will obviously want Delap to go to a club where he’ll be playing regularly and he could certainly be doing that at West Brom, with game-time at Stoke City perhaps more limited with the Potters already having he likes of Dwight Gayle and Tyrese Campbell in attack. The Baggies recruited well this summer but they’re still lacking that cutting edge in the final third. A striker signing could definitely aid them in their quest for promotion and although Delap is inexperience, he looks to be the real deal. But whether or not Bruce’s side can fend off this ‘huge competition’ remains to be seen – expect a few more clubs than we know about to be keen on Delap. Expect him to head out on loan this month and whichever side lands him will have a real prospect on their hands for the 2022/23 campaign. The post West Brom boss addresses ‘huge competition’ for Manchester City starlet as Stoke City battle Baggies for signing appeared first on The72.