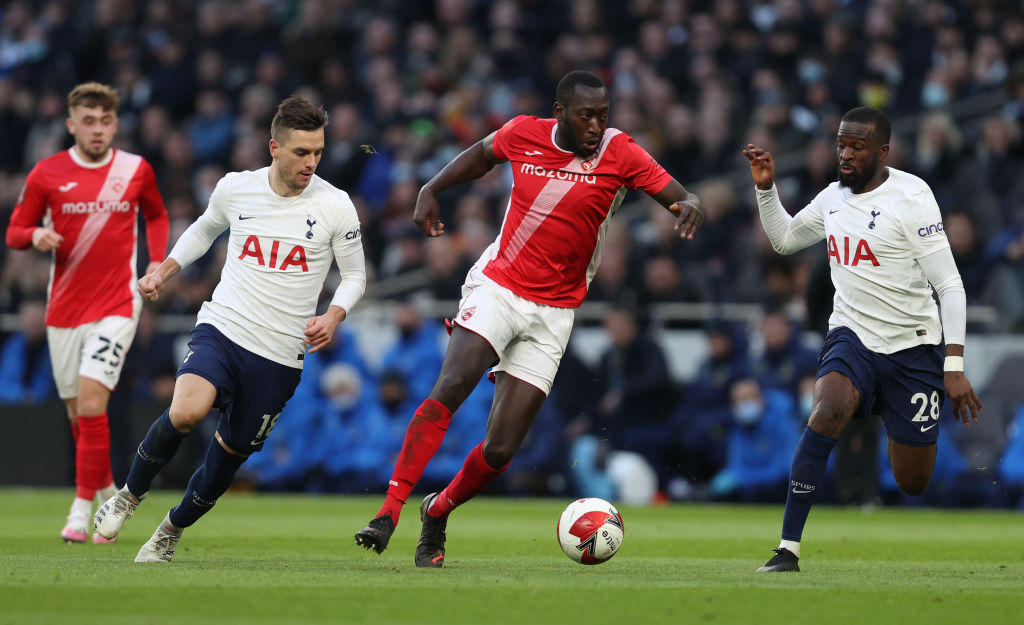 Unai Emery has been more than willing to bring former Premier League players to Villarreal during his two years with the Yellow Submarine.

The Spaniard was unemployed for eight months following his sacking at Arsenal in November 2019 before taking the reins at the El Madrigal in July 2020.

During his first season in charge of the La Liga giants, the 50-year-old ousted Manchester United in the 2020-21 Europa League final to lift the trophy for the fourth time in his career, and last season he reached the Champions League semi-finals.

With the former Valencia, Sevilla and Paris Saint Germain manager tipped to make further signings with Premier League connections this summer, Villarreal could have an even more familiar look about them this season.

HITC Sport has put together a potential Villarreal XI made up of former Premier League players.

Potential Villarreal XI made up of former Premier League players

The 39-year-old has re-joined the club he first signed for twenty years ago from Barcelona.

During his first stint at the El Madrigal, Reina made 147 appearances for the club before joining Liverpool.

Following spells at Napoli, Bayern Munich, AC Milan, Aston Villa and Lazio, the 38-time former Spain international is back in his homeland and will challenge Geronimo Rulli to be Emery’s number one.

After five years at Vicarage Road with Watford, the former Alaves full-back has been signed by Emery and former Villarreal stalwart Mario Gaspar joined the Hornets.

The former Barcelona youngster made over 150 appearances for Watford.

After spending the 2020-21 season on loan at Villarreal, Emery’s side signed the Argentine on a permanent deal from Tottenham Hotspur.

The 24-year-old, who has been capped 15 times by Argentina, has made 69 appearances across his two seasons in Spain.

The former Sevilla and Liverpool defender is currently recovering from a cruciate knee ligament injury.

Moreno, a natural left-back, would highly unlikely be deployed at centre-back given his lack of height and with much -coveted Spain international Paul Torres in Villarreal’s ranks, but we had to find a way of fitting the Spaniard in this side.

The 30-year-old, who was brought to Anfield by Brendan Rodgers, made 141 appearances for the red half of Merseyside across five seasons before joining Villarreal in 2019.

Despite signing for Watford in 2017, the Ecuador international never played a competitive game for the Hornets’ first team.

Estupinan has impressed under the tutelage of Emery, and he has been linked with a summer move to Antonio Conte’s Spurs.

The former Tottenham and Watford midfielder has established himself as a regular under the former Gunners boss since being signed in January 2021.

In last season’s run to the Champions League last-four, the 34-year-old scored two goals and provided four assists from 12 matches.

The former France Under-21 international wasn’t at the Emirates Stadium when Emery took the reins in north London, he had already been sold to Valencia by that point.

After two-and-a-half years at the Mestalla, the all-action midfielder was signed by Emery and the 31-year-old has made 60 appearances under the man who was close to taking over at St James’ Park last year.

Fabrizio Romano has reported on Twitter that Tottenham Hotspur and Villarreal are now in talks over the transfers of midfielders Tanguy Ndombele and Giovani Lo Celso.

Spurs paid Lyon a club-record £53.8m to sign the talented Frenchman three years ago, but the 25-year-old’s career has done nothing but stagnate since moving to the capital.

A change of scenery in Spain and playing under Emery could help rediscover Ndombele’s best form.

Like Ndombele, the Argentine doesn’t look to have a future under Antonio Conte at the Tottenham Hotspur Stadium.

The 26-year-old thrived at Villarreal last season and looked to enjoy playing his football under the former Arsenal boss.

The former Bournemouth starlet scored 16 goals in his first season with Villarreal, which included six strikes in the Champions League.

The 25-year-old Netherlands international turned down a move to David Moyes’ West Ham United this summer, but he’ll be hoping to improve on last season’s fine form during his maiden campaign in Spain.

Despite talk of a move to Boca Juniors, Romano claims that the former Manchester United striker is focused on securing a dream move to La Liga.

MARCA reported last month that the Uruguayan was closing in on a move to the Yellow Submarine. The 35-year-old left the Red Devils as a free agent following the expiry of his contract at the end of June.

United’s former number 21 has played in Serie A, Ligue 1 and the Premier League, but it seems like a move to play in La Liga – one of Europe’s other top leagues – is an opportunity he cannot turn down.

Cavani played under Emery during their time together with Paris Saint Germain and it was under the Spaniard where the legendary striker showcased his best goalscoring form.

From 98 games played under the Villarreal boss, the 133-time Uruguay international scored a staggering 89 goals and provided a further 20 assists.

The post Potential Villarreal XI made up of former Premier League players featuring striker who scored 89 goals from 98 games under Emery appeared first on HITC.