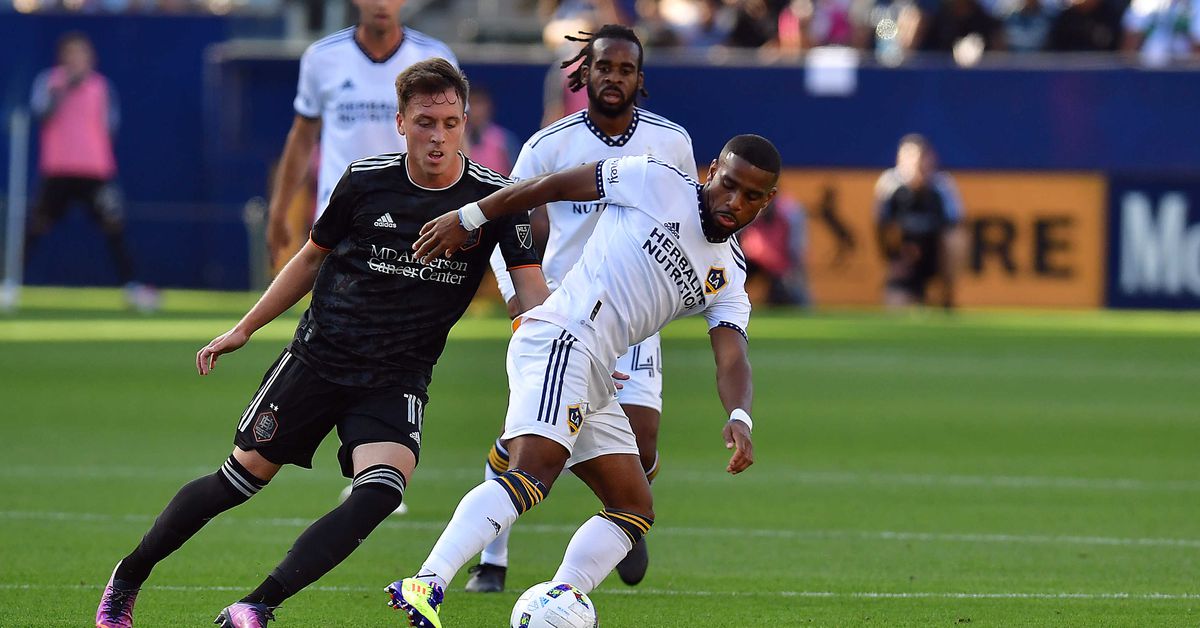 Gary A. Vasquez-USA TODAY Sports It’s another big loss at home LA Galaxy were back home after a late-goal left them splitting points with Minnesota in the midweek. This time, it was the third Texas team they've seen this month, Houston Dynamo. Their last time against a Texas side at home didn't go so well, meaning they'd be looking for better results this time around. Unfortunately, it would be a bit of déjà vu, as the team fell at home 0-3. Orgullo Angelino pic.twitter.com/xEMMmefSG4— LA Galaxy (@LAGalaxy) May 23, 2022 Houston didn't waste any time in getting the lead and opening up scoring for the day. Jonathan Bond — who in complete fairness has been a massive reason why this team hasn't conceded and lost more — couldn't handle the first shot, and while he did block it from goal, the rebound found a lurking Sebastian Ferreira who eventually got possession, and put the ball over the line for the lead. .@sebasferreira11 off the rebound.His fifth goal opens scoring for the @HoustonDynamo. pic.twitter.com/MfLK8zvR4V— Major League Soccer (@MLS) May 23, 2022 That punch in the mouth definitely woke up the home side, who immediately begin working for a goal of their own. The G’z finished the half with 12 shots, with five on target, and had 70% of the possession, yet couldn't find the equalizer before break. Finding themselves, once again, in a position of needing a strong second half to come away with any points. Part-way through the second half it was clearly time for some changes, so Chicharito, Cabral, Douglas Costa, and Derrick Williams were all set come on to try and secure a point at the very least. Sadly, it was a bit too late, as Houston doubled their lead before the subs could be made behind Tyler Pasher going full vibes and hitting one from way outside the box. Houston added a third just minutes later. Úlfarsson flashed some nifty footwork and slammed the ball in despite the awkward angle. Thor hammer Úlfarsson shows off the footwork and goes top bin for the third @HoustonDynamo goal. pic.twitter.com/brrTi0lCbn— Major League Soccer (@MLS) May 23, 2022 The loss pushes the winless streak to three for the Galaxy, as well as giving them a second straight loss at home. What’s most frustrating, as has been the case all season, is that the team isn't necessarily bad. They do well to maintain possession for most of the match, do well to find and create space for runs in attack, even do great at finding one another with pretty solid passing. It’s just that final bit missing. That last piece to the puzzle that unlocks consistent goal scoring. The silver lining to a congested schedule is that the team won't have to wait long to get this loss off their mind. They are home once again this Wednesday, with a chance at a trophy on the line when they face rivals LAFC in U.S. Open Cup action. A chance to right the ship, quiet the neighbors, and get back some of that momentum from earlier in the season. What do you think? Leave a comment below!