Analysis: Barcelona focus on contract extensions over transfers in January 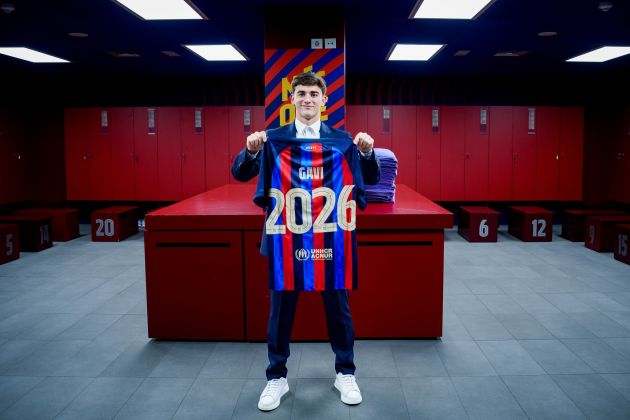 Barcelona will focus on renewing key contracts in January instead of chasing transfer targets.Xavi is expected to be given a limited budget to work with in the winter window as he aims to maintain their La Liga title challenge in 2023.However, the ongoing financial issues at the Camp Nou, means his options are limited, with contract extensions now taking the lead.Memphis Depay is expected to be on a list of players leaving Catalonia at the start of 2023, as the club looks to balance their books, and complete contract renewals for Gavi and Ronald Araujo.The pair have already agreed new contracts, until 2026, but their salaries have not been updated, as Barcelona attempt to meet FFP rules.The delay has also prevented both players from taking up ‘first team’ squad numbers as the tight fiscal situation continues at Barcelona.As per reports from Mundo Deportivo, this situation is a key priority for the club ahead of the second half of the campaign, with talks also set for Alejandro Balde and Inaki Pena.Balde was called up Spain’s 2022 World Cup squad as a replacement for Valencia’s Jose Luis Gaya after an impressive breakthrough this season.His deal will be improved and extended from 2024 to 2026 and back up keeper Pena is set to sign up until 2025.The post Analysis: Barcelona focus on contract extensions over transfers in January appeared first on Football España.