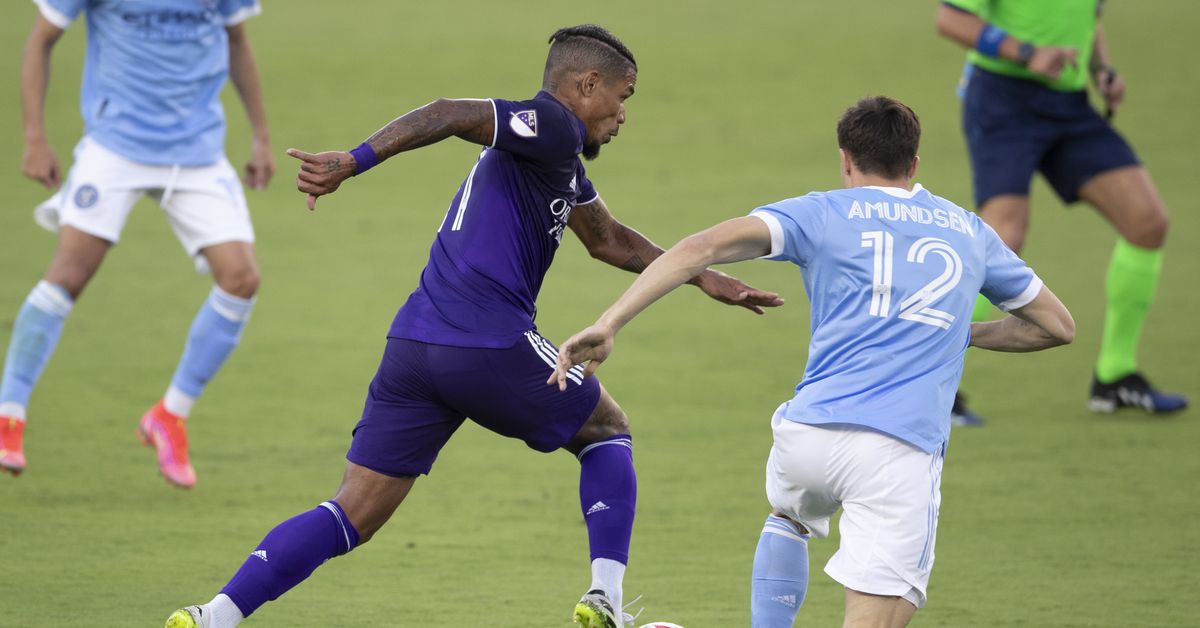 Photo by Joe Petro/Icon Sportswire via Getty Images Orlando City will face New York City FC in first preseason match, Diego Valeri bids farewell to Portland, Matt Turner draws interest abroad, and more. How’s it going, Mane Landers? It’s been nice being able to break out the sweaters and jackets throughout the week thanks to the cool weather. What would make this week even better though would be another signing by Orlando City. Hopefully more new players get here soon, but for now let’s get to today’s links! Orlando City’s First Preseason Opponent Revealed The Lions are hard at work preparing for their upcoming friendly this Sunday and the club announced it will take on New York City FC. It will be the first match of seven preseason matches played behind closed doors as the Lions get ready for the home opener on Feb. 27 against CF Montreal. Update: #OrlandoCity will host NYCFC in our first preseason scrimmage on Sunday. More Details ➡️ https://t.co/JmI7meB4YO#VamosOrlando | @orlandohealth pic.twitter.com/2hNZtpRWN0— Orlando City SC (@OrlandoCitySC) January 20, 2022 Diego Valeri Transferred to Argentina The Portland Timbers transferred midfielder Diego Valeri to Club Atletico Lanus in Argentina’s top flight. Valeri recorded 86 goals and 91 assists across nine seasons with the Timbers and was named league MVP in 2017. Lanus was Valeri’s boyhood club after joining its academy when he was nine years old. The Timbers and Lanus will play a friendly in Portland in 2023, with Valeri playing one half for each side. Valeri has made an impact both on and off the field in Portland over the years and bid a heartfelt farewell. pic.twitter.com/pfhDod46Cz— Diego Valeri (@DiegoDv8) January 20, 2022 Arsenal Reportedly Makes Offer for Matt Turner According to reports, Arsenal submitted a transfer offer for New England Revolution and United States Men’s National Team goalkeeper Matt Turner. The 27-year-old did well for club and country last year by helping the Revolution win the Supporters Shield and claiming the Concacaf Gold Cup Golden Glove with the USMNT. If Turner leaves, the Revolution would either bring in another goalkeeper or rely on veteran Brad Knighton and former Lion Earl Edwards Jr. In other MLS transfer news, Inter Miami added Ecuadorian forward Leonardo Campana on loan from Wolverhampton. The Colorado Rapids loaned American midfielder Cole Bassett to Dutch club Feyenoord Rotterdam. Canadian forward Ayo Akinola was re-signed by Toronto FC through the U22 Initiative on a contract that lasts through 2024. The Seattle Sounders re-signed defender Alex Roldan to a three-year contract and also re-signed forward Will Bruin for 2022. Philadelphia Union forward Kacper Przybyłko did not take part in the team’s training as a reported trade to the Chicago Fire nears completion. Speaking of reported trades nearing completion, D.C. United is close to dealing Designated Player Paul Arriola to FC Dallas for a record haul of allocation money. Capacity Reduced for USMNT Qualifier with Canada The United States Men’s National Team’s World Cup qualifying match against Canada on Jan. 30 will have its capacity reduced to 12,000 spectators, 50% of the venue capacity at Tim Hortons Field in Hamilton, Ontario. The U.S. and Canada are the two teams atop the Concacaf qualifying standings, making their match an important one for both sides. That qualifier will be the second during a three-match window later that starts next week with a match against El Salvador on Jan. 27. The USMNT hasn’t played a qualifier since its 1-1 draw with Jamaica on Nov. 16. Here’s a great breakdown on how the various Americans playing around the world have been doing during the break between matches. Free Kicks In a friendly to prepare for their respective World Cup qualifying matches, Peru beat Jamaica 3-0. Orlando goalkeeper Pedro Gallese made one save in the shutout and former Lion Yoshimar Yotun scored Peru’s third goal. Meg Linehan of The Athletic reported that NWSL players don’t plan on reporting to their clubs when the preseason begins on Feb. 1 unless a collective bargaining agreement is in place. The #NWSL PA and league/ownership have been negotiating for a CBA for over a year, without resolution. Sources have told me players currently do not plan to report to preseason on Feb. 1 without a CBA in place.More at @TheAthletic: https://t.co/G1FXCd80iE— Meg Linehan (@itsmeglinehan) January 20, 2022 UCF women’s soccer team head coach Tiffany Roberts Sahaydak will be an assistant at the USWNT’s training camp currently taking place in Austin. Algeria lost 3-1 to the Ivory Coast and was eliminated from the Africa Cup of Nations as the group stage came to a close. The first round of the knockout stage features a few intriguing match-ups as the Ivory Coast will play Egypt, Nigeria will face Tunisia, and Cameroon will play against a Comoros team that ousted Ghana. While at training, a few Lions weighed in on which teammate they’d want to be stranded on a desert island with. Rodrigo Schlegel was a popular choice, but let me know who you would choose in the comments below. Looks like Benji's deserted island is at least going to have barbecue #VamosOrlando pic.twitter.com/tFfca2sLsq— Orlando City SC (@OrlandoCitySC) January 20, 2022 We’ll wrap up our links today with former Lion Brek Shea removing a snake from Inter Miami’s practice field with his bare hands. ONLY IN MIAMI: Brek Shea re-signed with Inter Miami and already making an impact.. he caught a snake at practice and was able to remove it from field safely. @MiamiHerald @HeraldSports @InterMiamiCF #MLS #InterMiamiCF pic.twitter.com/cgC45SyNOm— Michelle Kaufman (@kaufsports) January 20, 2022 That’s all I have for you today. I hope you all have a wonderful Friday and rest of your weekend. Go Orlando!