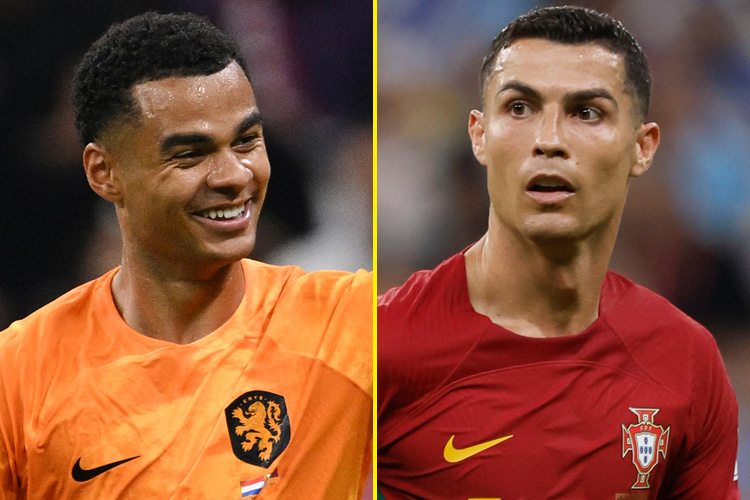 Manchester United legend Paul Scholes has had his say on who they could sign to replace Cristiano Ronaldo. Last week, United confirmed that Ronaldo’s time at Old Trafford was over after a mutual agreement to terminate his contract. Ronaldo’s days at Manchester United are over after leaving the club by mutual consentGetty It came after the Portuguese star gave an explosive interview to Piers Morgan where he criticised the club, boss Erik ten Hag and the owners, the Glazers. Former teammates Gary Neville and Wayne Rooney were also in the firing line of Ronaldo’s tirade, as was former interim boss Ralf Rangnick. Despite netting 24 goals in all competitions last season, Ronaldo initially found himself banished to the bench this term by Ten Hag after a summer move away from the club failed to materialise. On the back of his acrimonious departure, United have a huge void to fill in attack. Despite a host of names being mentioned, Scholes has named Cody Gakpo as a possible transfer target for the Red Devils. United expressed an interest in the PSV Eindhoven star during the summer but were unable to strike a deal. The Dutchman has been in sensational form for the Netherlands at the World Cup having scored three goals during the group stages. Cody Gakpo has impressed with his performances for the Netherlands in the World CupGetty Most read in Football road England's possible route to Qatar 2022 World Cup final with dates and times confirmed HEATED Wales 'shamed British football' at World Cup in Qatar, talkSPORT told hero 'Still my brother and I love him' - USA stars show class and comfort crying Iran stars over Arsenal defender Ben White leaves England World Cup squad and returns home NOT HAPPY Vlahovic slams 'absurd' rumours about affair with Serbian teammate's wife Wrong man Ferguson's teammates tried not to laugh when explaining red card to Moyes With Ronaldo out of the door and United pushing for both Europa League and top four success, Ten Hag could instruct club chiefs to step up their efforts to land the 23-year-old forward. When quizzed on who United could sign to bolster their attack, Scholes told MUTV’s The Debate: “I think there’s a couple of forwards they might look at. “We have Anthony Martial and Marcus Rashford who can both play there, but I think Marcus prefers being out wide and Antony’s injury record isn’t great. Gakpo has 12 goals and 14 assists for PSV across all competitions this seasonGetty “January might be too soon [to replace Ronaldo], they’re probably looking at next summer now, but I do think there are players out there. “The lad at PSV – Gakpo is doing really well for Netherlands at the World Cup and I think Ten Hag has been really interested in him before. “There’s players out there for sure. January can be a tough window to do business but I hope we can do something and bring in a new centre forward.” talkSPORT BET OFFER OF THE DAY Bet £10 Get £30 In Free Bets* – CLAIM HERE 18+ Opt in, bet £10+ at odds 2.00+, in 7 days. No cash out. Get 3x £10 Free Bets on selected events. 7 day bonuses expiry. Card payments only. Click for T&Cs. BeGambleAware.org | Please gamble responsibly SEE MORE WORLD CUP FREE BETS HERE