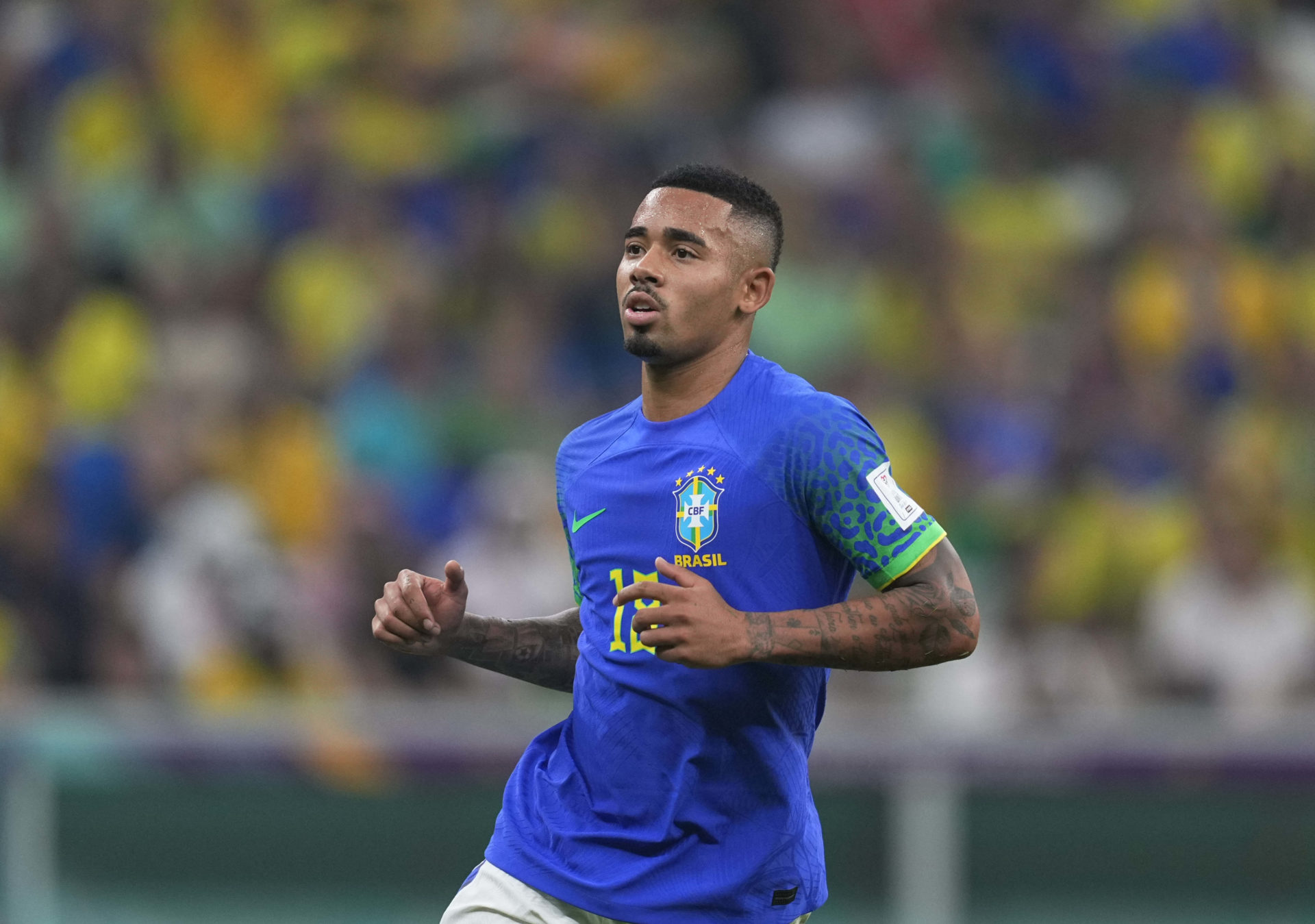 Gabriel Jesus has taken to Instagram to insist that he will be back stronger after undergoing surgery on the injury which has ruled the Arsenal star out of the rest of the World Cup. Jesus sustained a knee injury in Brazil’s final group game at Qatar. He played no part in their last 16 win over South Korea on Monday. Photo by Tnani Badreddine/DeFodi Images via Getty Images Arsenal fans faced a nervy wait on how serious the 25-year-old’s problem was. And unfortunately, it would appear that the striker’s injury is serious one. Gabriel Jesus issues update on Instagram Reports from 90min claimed that Jesus will set to undergo surgery. And it was suggested that he would miss several months due to the injury. Photo by Ulrik Pedersen/DeFodi Images via Getty Images Jesus has indeed had an operation on his medial ligament. And it appears that the surgery was a success, with the forward since taking to social media to issue an update. Jesus posted a photo of himself in hospital on his Instagram story. And he included a couple of messages. He posted the words: ‘God is wonderful. I will be back stronger’. It is encouraging that Jesus is taking a positive view on the injury. It is such a shame for both the striker and the Gunners to see him sidelined. He has really been an amazing signing for Arsenal, inspiring their charge to the top of the Premier League. He had become the main man at the Emirates having often been a more peripheral figure at Manchester City. Perhaps he could have scored more goals for Mikel Arteta’s side. But he brings so much to the table. And replacing him is going to be a huge task for Arsenal. Thankfully, January is just around the corner. But finding someone who can fill the void he leaves behind is going to be a lot easier said than done. The post Gabriel Jesus posts eight-word message on Instagram from hospital bed after undergoing surgery appeared first on The Boot Room.