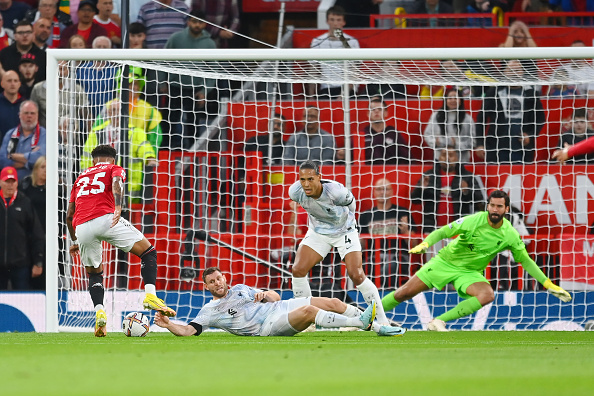 In our view, how Liverpool defender Virgil van Dijk deals with the threat of Lionel Messi in the blockbuster World Cup quarter-final between Netherlands and Argentina could define his legacy.

The debate around van Dijk as an all-time great

For many, the Dutchman has provided enough evidence of the fact that he remains one of the best defenders to ever grace the game.

Case in point, Michael Owen, who dubbed him as “the best centre-back of all time” at one point (via BT Sport).

Even Trent Alexander-Arnold recently told talkSPORT that his Liverpool teammate will go down his history as one of the greatest.

Since joining the Reds, Virgil van Dijk’s astute reading of the game coupled with his sublime ball-playing ability has prompted many to claim he is the ultimate defender.

However, several critics question van Dijk’s lack of longevity such as other defensive stalwarts such as Paolo Maldini and John Terry to name a few.

And many of the same remain sceptical about his defensive ability, rendering the hype around it over the top.

After all, this season has been proof that the ex-Celtic colossus can come unstuck on several instances.

How this game could define his legacy

In recent memory, no World Cup has been defined by a single narrative; whether Lionel Messi can finally lift the elusive trophy with Argentina and cement his status as the best player of all time.

And heading into the last-16 clash against the Netherlands, the PSG icon is in supreme touch.

Considering van Dijk has been mentioned in all-time great discussions, his status could be elevated to the next level if he keeps Messi quiet.

With the 35-year-old playing in his final-ever World Cup, to be the defender that tames a player of his calibre who has as much riding on this clash would render many to agree with Owen’s bold shout.

Conversely, if a mockery is made out of Virgil van Dijk up against the Argentine, it could be curtains for his legacy.

The critics will come out in big numbers and flood online discourse with “I told you so”-riddled retorts about why the hype around van Dijk was always overstated.

When Lionel Messi sent Jerome Boateng to the cleaners in 2015, he was largely considered as the best defender in the world at the time.

However, the Lyon centre-half is mainly associated with being made comical by the great man.

Whether the same happens with van Dijk against Messi in the upcoming World Cup encounter is the question that awaits answering, before the masses can agree on his status as an all-time great.

The post How VVD deals with Lionel Messi in WC QF could define his legacy forever- Our View appeared first on HITC.