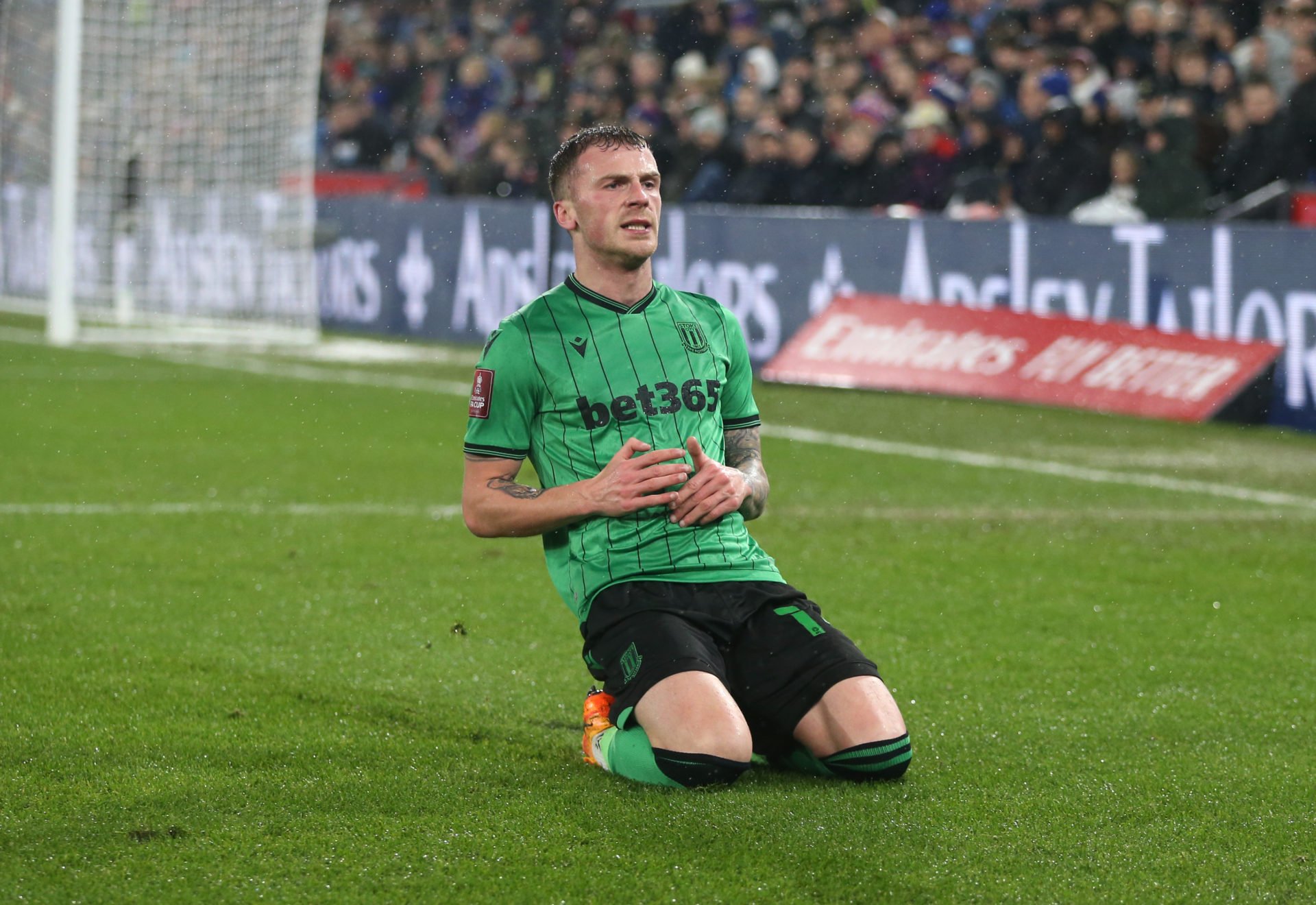 Photo by Stuart MacFarlane/Arsenal FC via Getty Images Stoke City are set for a huge summer of spending, and the loan signing of Harry Clarke marks the Potters’ second arrival of the transfer window following Aden Flint’s pre-contract agreement. With links to the likes of Josh Laurent and numerous key players set to sign new contracts, Michael O’Neil is putting the important blocks in place ahead of next season, with Stoke fans desperate to see their club back in the Premier League. Three players who could replace Fernandinho at Manchester City£166m superstar among best XI of under-23 free agents this summer Indeed, the signing of Clarke is a good next step for Stoke, with the Arsenal youth defender impressing massively in Scotland last season for both Ross County and Hibernian, and the centre-back could become key in the coming months for the Potters. With Clarke’s signing now official, what could Stoke’s XI for next season look like, with O’Neil set to make more additions this window ahead of what is a massive year for the Championship side Harry Clarke and Aden Flint form new Stoke backline Photo by Robbie Jay Barratt – AMA/Getty Images As mentioned, Stoke have already made some serious work in improving their defensive options for next season in the form of Clarke from Arsenal for the year and Flint on a free from Cardiff City, and these signings improve the Potters’ backline in a big way. With Ben Wilmot enjoying a solid season last time out with Harry Souttar out through injury, the former Watford star gets the nod over his Australian international teammate, though either defender could star in the third centre-back spot in our 3-5-2 system. As for the goalkeeper position, England youth international Josef Bursik will likely retain the no. 1 position after breaking into the Stoke XI last season, with the 21-year-old one of the highest-rated keepers in the EFL and a potential superstar in the making for the Potters. Josh Tymon stays as Josh Laurent joins Joe Allen in midfield Photo by Luke Walker/Getty Images Heading into pre-season, central midfield and the wings are looking somewhat thing, which perhaps makes it no surprise that Stoke are reportedly interested in signing Laurent, with the 27-year-old set to leave Reading at the end of this month. As one of the Royals’ best players last season, Laurent could be an outstanding addition in the midfield and a solid partner for Allen, which could also allow Lewis Barker to push further up into his more familiar no. 10 role behind the two strikers. Meanwhile, out on the wings, we predict Josh Tymon to remain at Stoke despite reports of a £5m move to Rangers being in the pipeline, with D’Margio Wright-Phillips starting on the right after a breakout year for the former Manchester City academy star. Michael O’Neill trusts Jacob Brown and Tyrese Campbell to lead the front Photo by Ivan Yordanov/MI News/NurPhoto via Getty Images Goals were a major issue for Stoke last season, yet in our predicted XI, we have decided to take a bit of a gamble and start Jacob Brown and Tyrese Campbell as the attacking duo, with O’Neil playing the duo a fair amount in the previous campaign. Indeed, both strikers impressed in their own right last season, and given their young ages of 24 and 22 respectively, Brown and Campbell could form a lethal partnership if they can get the chemistry right and find ways to link up with one another. With Nick Powell set to remain at Stoke, as well, the former Manchester United wonderkid is a fantastic squad option and replacement in the attack, especially if the 28-year-old is back to full fitness for the new season. The post Three new summer signings, £5m Rangers target stays: Stoke's potential 22/23 Championship XI appeared first on HITC.

Opinion: Blackburn Rovers must swoop to sign centre-back ahead of Stoke City amid Tomasson’s recent comments